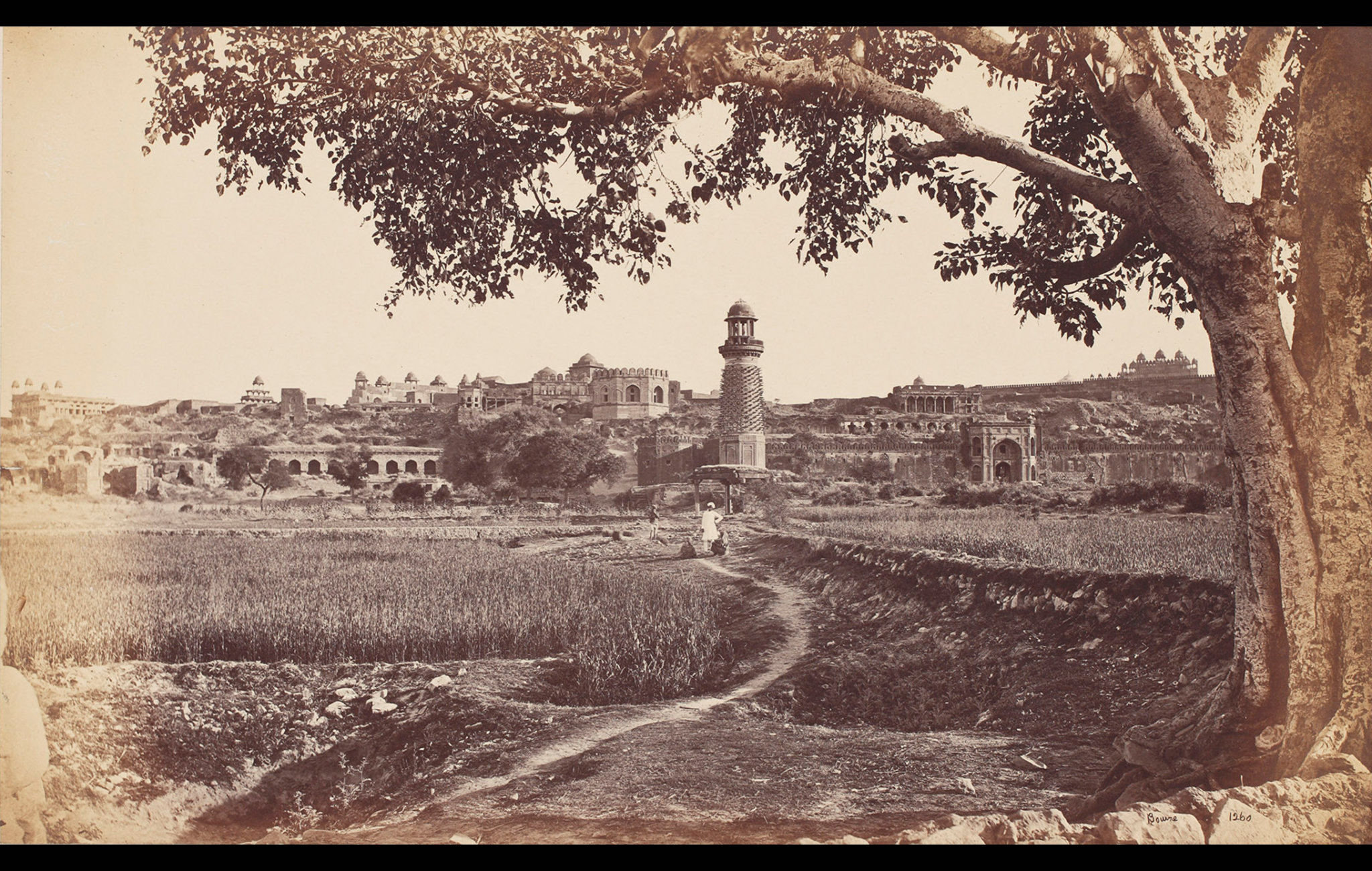 ‘Futtypore Sikri’ is a highly Anglicised spelling of Agra’s Fatehpur Sikri. It was founded as the capital of Mughal Empire in 1571 by Akbar and served in this role from 1571 to 1585. Fatehpur is Persian for ‘city of victory’ and Sikri comes from the name of the village that occupied this spot before Akbar gave it a promotion. Over the centuries that followed, the city fell to ruins. In 1815, the Marquess of Hastings ordered the repairing of its monuments. Housing some twenty-odd structures and ponds, Fatehpur Sikri is home to some of the most magnificent and innovative architectural gems. The Buland Darwaza is a 180-foot gateway to the Jama Masjid. It was added five years after the Masjid was constructed to commemorate Akbar’s victory in the Gujarat campaign. The Buland Darwaza, the Masjid and the palace showcase the brilliant use of ornately carved chattris (domes) for decorative effect in the buildings and the use of red sandstone and white marble. Hiran Minar, the tallest structure in the centre of this photograph, is one of the most fascinating at Fatehpur Sikhri. Legend states it used to be embedded with elephant tusks. Its use is highly debated but it was likely used as a lighthouse or guiding post.

Bourne & Shepherd was an Indian photographic studio, a partnership between Samuel Bourne and Charles Shepherd, and one of the oldest established photographic businesses in the world. Established in 1863, it was the most successful commercial firm in 19th-and early 20th-century India, with outlets all over the country and the most notable being the ones in Shimla, Calcutta and Bombay. They were commercial publishers of landscape and topographical views of India and often worked on royal commissions. Colin Murray bought the business in the early 1870s and maintained the company till well into the 20th century. The studio on SN Bannerjee Road on Kolkata’s Esplanade area continued despite a 1991 fire that destroyed much of the company’s historical property. The studio finally closed on May 15, 2016, after 176 years in business.