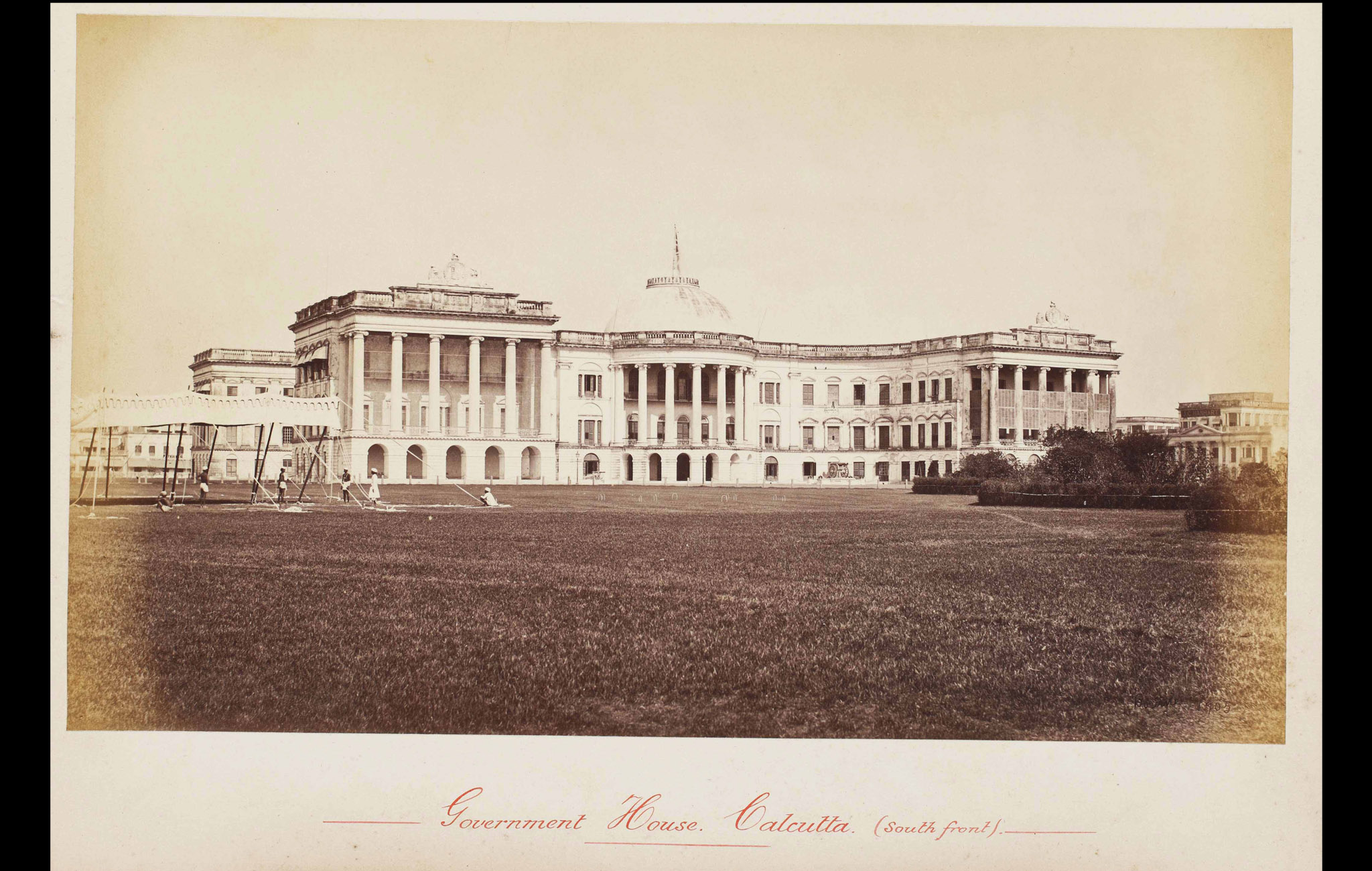 This is a photograph shows the Government House in Calcutta which became the Raj Bhavan of West Bengal after Independence.

The Government House was built between 1799 and 1803 as the official residence of the Governor of Fort William, the 1st Marquess Wellesley, and remained the residence of the British Governors-General till 1911.

The building’s neoclassical architectural style was based on Scottish architect Robert Adam’s design of Kedleston Hall, which was erected in 1759-1768 in Derbyshire, England. However, the original design was adapted for the warmer temperatures of Calcutta, and so the exterior walls have large windows, while the inner walls are thick and segmented with double-sized doors to facilitate maximum cross ventilation without a central courtyard. Additionally, there are several verandas on the south façade to provide shade from the sun.

In the 1760s, the establishing years of the East India Company, spending on construction in the colonies was seen as a waste of money. However, the Governor-general and other officials were usually housed in rented houses in Calcutta, and the Government House was proposed as an option to save money on rent. Wellesley began the project without the permission of the Court of Directors in London and he was partly recalled because the expense was considered too great and unnecessary by the East India Company.