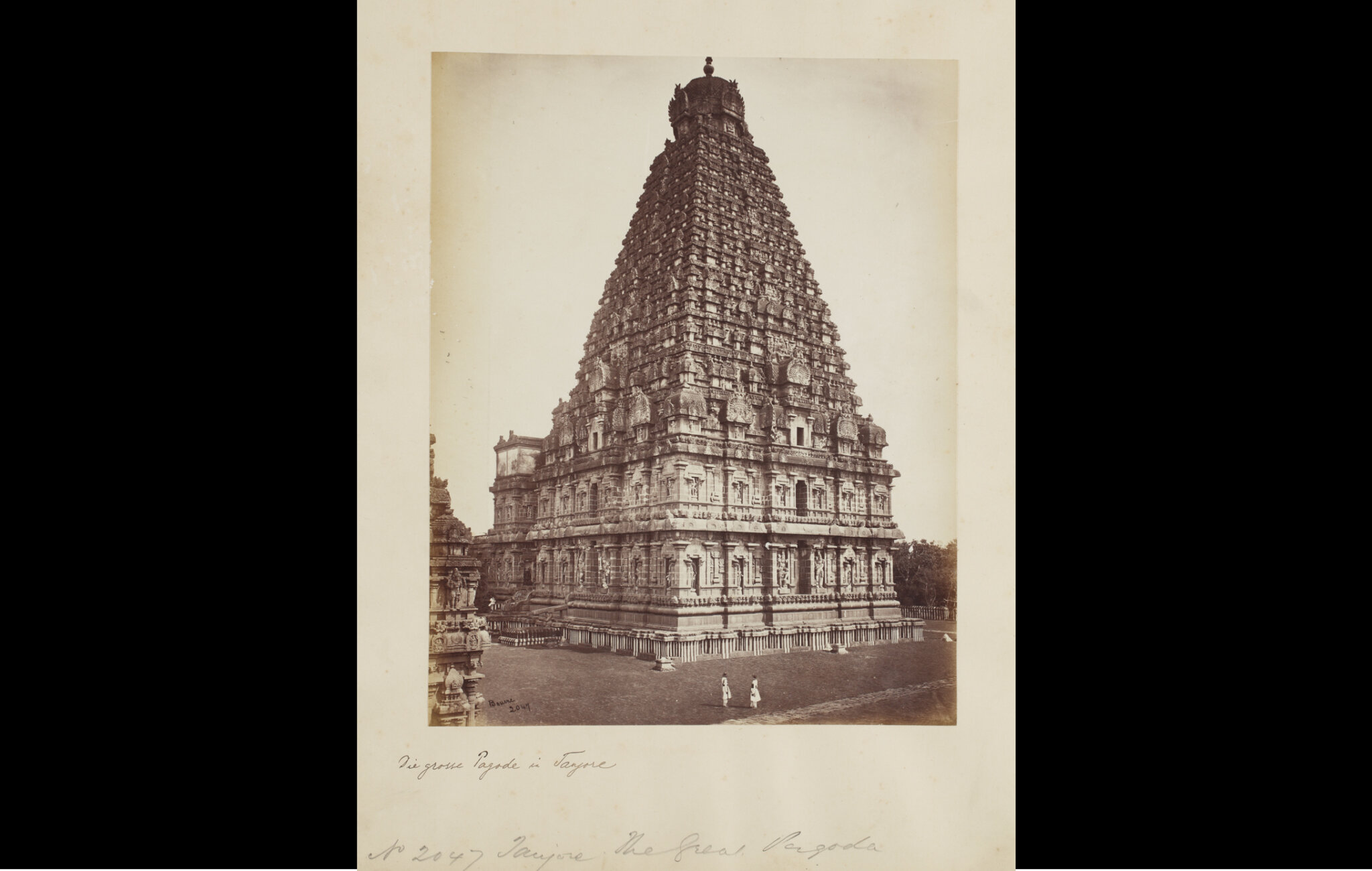 The Brihadishwara Temple at Thanjavur marks the acme of the Southern Temple Architecture, in magnitude, design, technique, and art. This Great Temple, built between AD 1003 to 1010, is also called the Rajarajeshvara after its builder Rajaraja I, the great Chola Ruler. The Temple complex consists of various subsidiary shrines of different deities, and an enormous monolithic Nandi Mandapa on a high pedestal in front of the main shrine.

This picture was taken by Samuel Bourne, a banker with itchy feet. Paintings of India so enamoured him that he quit his job in Nottingham and arrived in Calcutta in 1863. Now regarded as one of the earliest travel photographers in the world, Bourne started exploring Indian landscapes in the hills of Shimla and spent months in Kashmir, returning with incredibly detailed images of the Himalayas and Gangotri glacier. He and fellow photographer Charles Shepherd set up studios across the country. Established first in 1863, Bourne and Shepherd was the most successful commercial firm in late 19th and early 20th century India, with outlets primarily based in Shimla, Calcutta and Bombay. In Calcutta, the studio was in business till as recently as 2016.

This photograph is  part of our digital exhibition, Dancing Queen.