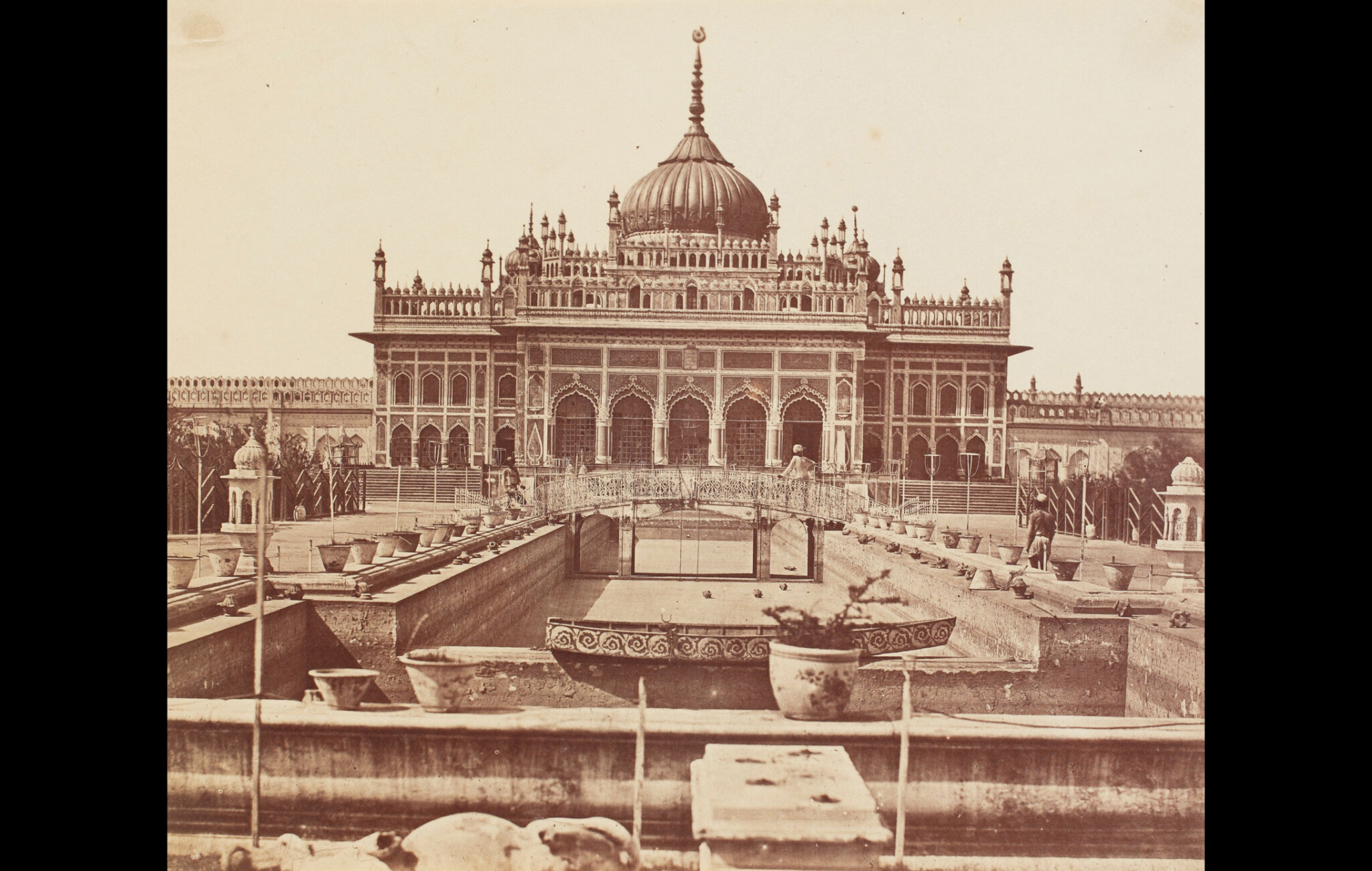 The Hussainabad Imambara (Hosainabad, Lucknow), more commonly known as the Chhota Imambara at Lucknow was built between 1837 and 1842 by Nawab Muhammad Ali Shah. The structure was built both to function as a congregation hall for Shia Muslims but also as a mausoleum for the Nawab and his mother. A prominent gilded dome sits atop the building, which is otherwise rich with majestic archways, minarets and smaller domes. The interior of the mausoleum is adorned with grand chandeliers, gilded mirrors, colourful stucco as well as a silver-faced throne.

This photograph of the Imambara was taken by Felice Beato, a European photographer renowned for being one of the earliest to capture bold subjects like military expeditions and war. Beato is most often remembered for his photography in Crimea, India, China and Japan. He arrived in Calcutta in early 1858 intending to document the aftermath of the Uprising of 1857. Between February 1858 and 1959, Beato travelled to Kanpur, Lucknow, Meerut, Simla, Agra, Delhi, Lahore creating over 130 topographical and architectural photos of British military siege and campaigns. Beato’s photographs won him recognition because he was one of the first to venture away from Europe to document contemporary events for the European audience. Beato sailed for Hong Kong in early 1860 and photographed the Second Opium War in China. He also documented the Sudanese Colonial War in 1885, producing the most substantial photojournalism work at the time. Beato spent a considerable amount of time in Japan, where he taught photography as well. He settled in Burma, present-day Myanmar, for the remainder of his life.