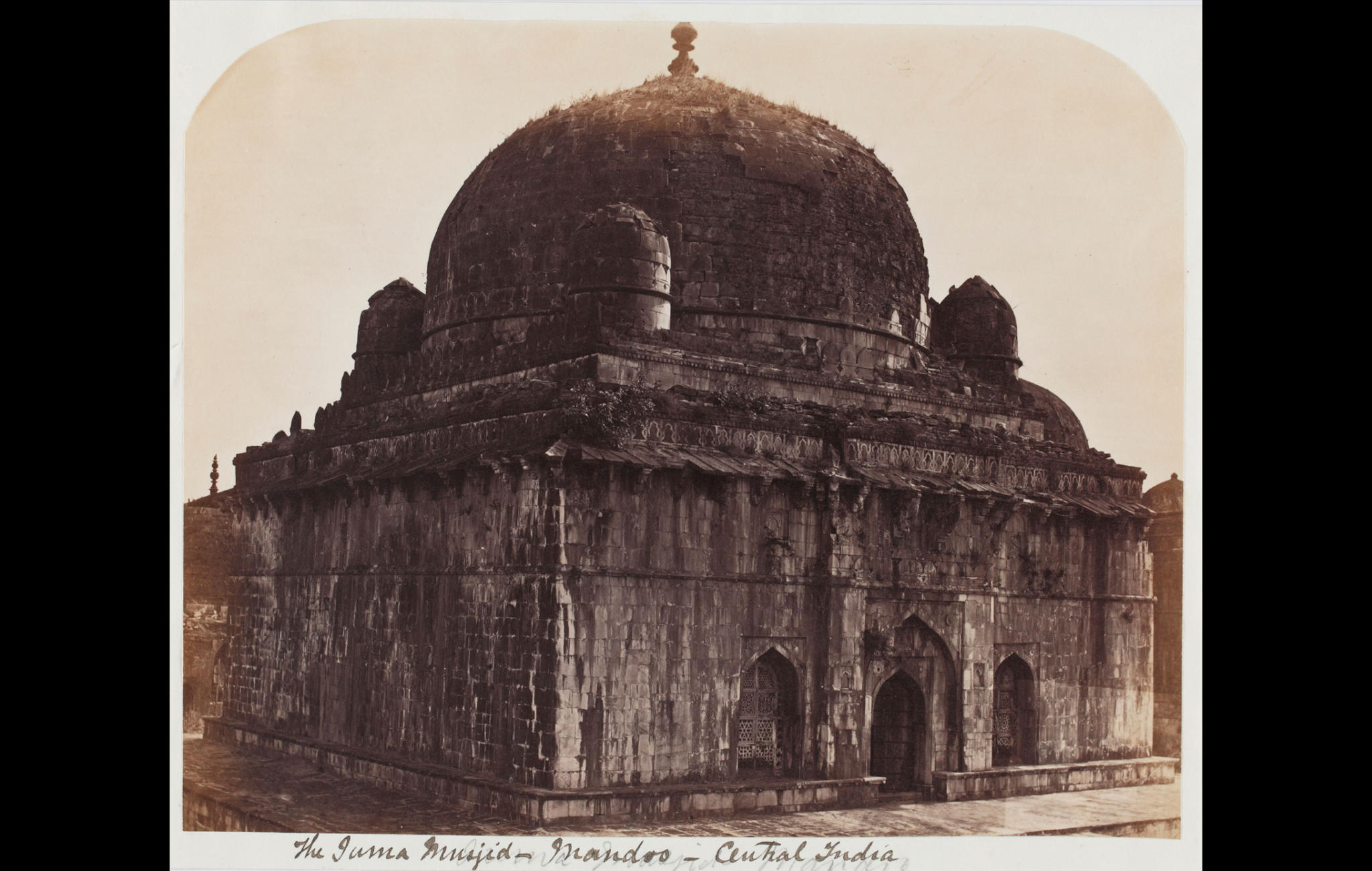 The photograph documents the north eastern profile of the structure known as the Tomb of Hoshang Shah, a powerful Pathan Sultan ruling the Kingdom of Malwa. A commanding structure in the 16th century, the tomb is seen here in a ruinous condition. The photo is mistakenly identified as the Jama Masjid of Mandoo because the tomb stands adjacent to the Masjid, surrounded by a square pillared enclosure – a ubiquitous feature in Mosques.

Like most Muslim rulers Hoshang Shah conceived the tomb in his lifetime and supervised its construction. Among the many architectural feats of the Sultan in Mandu, his tomb was the boldest and most graceful building. The structure uses the exact stone for the platform, the walls, the turrets, the domes, making it the earliest building to be entirely faced by marble. It later became an inspiration for Mughal architecture, like the wondrous Taj Mahal. Shah Jahan is known to have sent four architects to Mandu specifically to observe the tomb. An inscription carved over the doorway of the tomb records architects Ustad Ahmed and Ustad Hamid, the builders of the Taj, visiting the tomb to study it.

Mandu’s architectural prowess under the Pathan dynasties was relatively brief. By the early 19th century, the Mughals had acquired control of the Kingdom of Malwa and soon shifted their capital to nearby Dhar, leaving Mandu to become a ghost town.