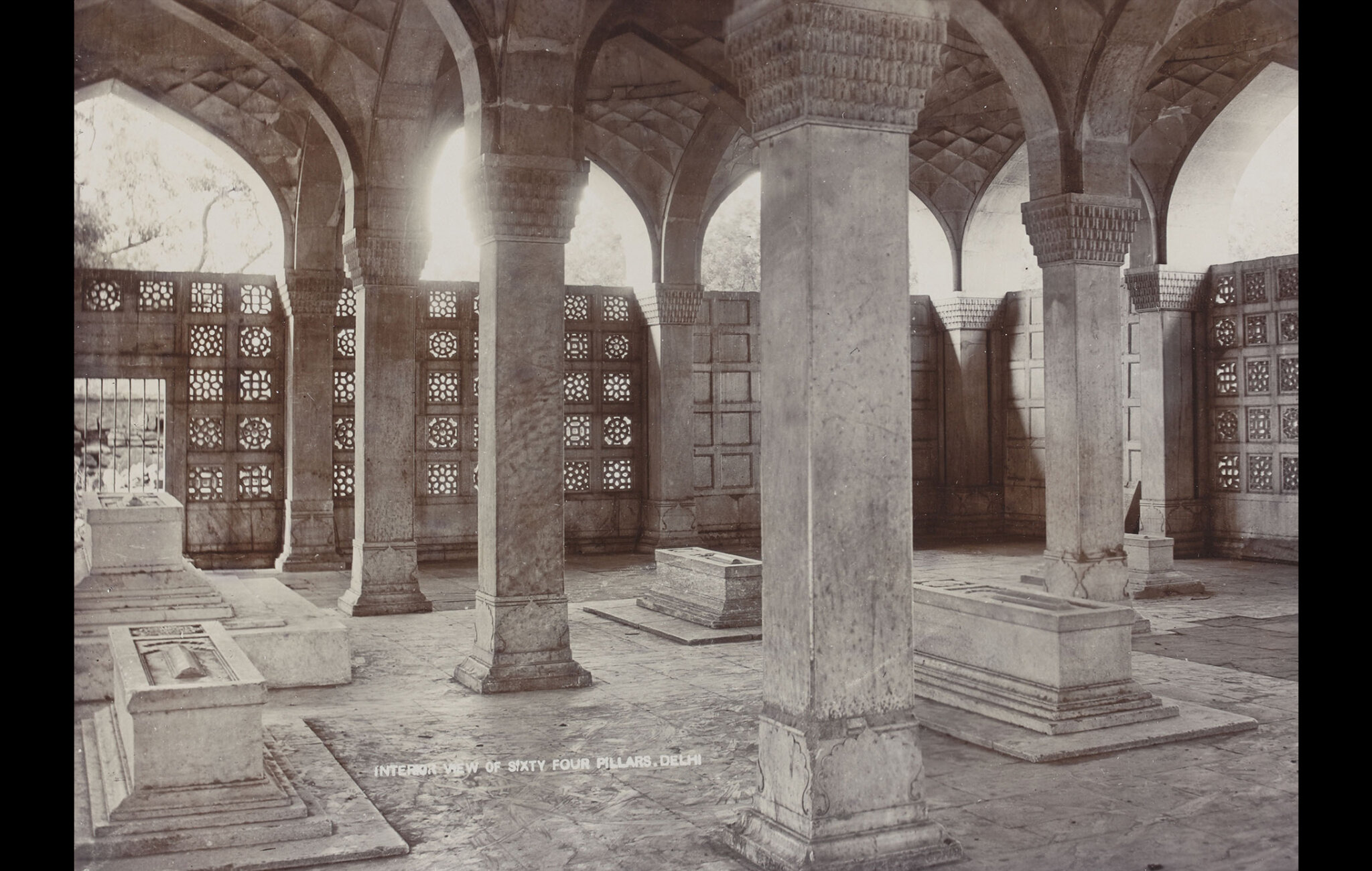 Mirza Aziz Koka aka Kotaltash was Emperor Akbar’s foster-brother—or more accurately, his milk brother, so-called because he was the son of the Emperor’s wet nurse, Jiji Anga. Kotaltash’s father was Ataga Khan, Akbar’s prime minister, upon whose death a grand mausoleum was constructed in near the dargah of the Sufi, Nizamuddin.

Built in the early seventeenth century, it was perhaps as a hall for visitors to Ataga Khan’s tomb that the Chausath Khamba was originally envisioned. Boasting 64 pillars (hence the name) and intricate lattice work, all hewn out of white marble, this ethereal sample of Mughal architecture would later come to house the tomb of Kotaltash himself. It was never meant to be a mausoleum, which explains the unusual layout. After four years of intensive restoration work during which this heritage structure remained shut, Chausath Khamba was opened to the public again in 2014.