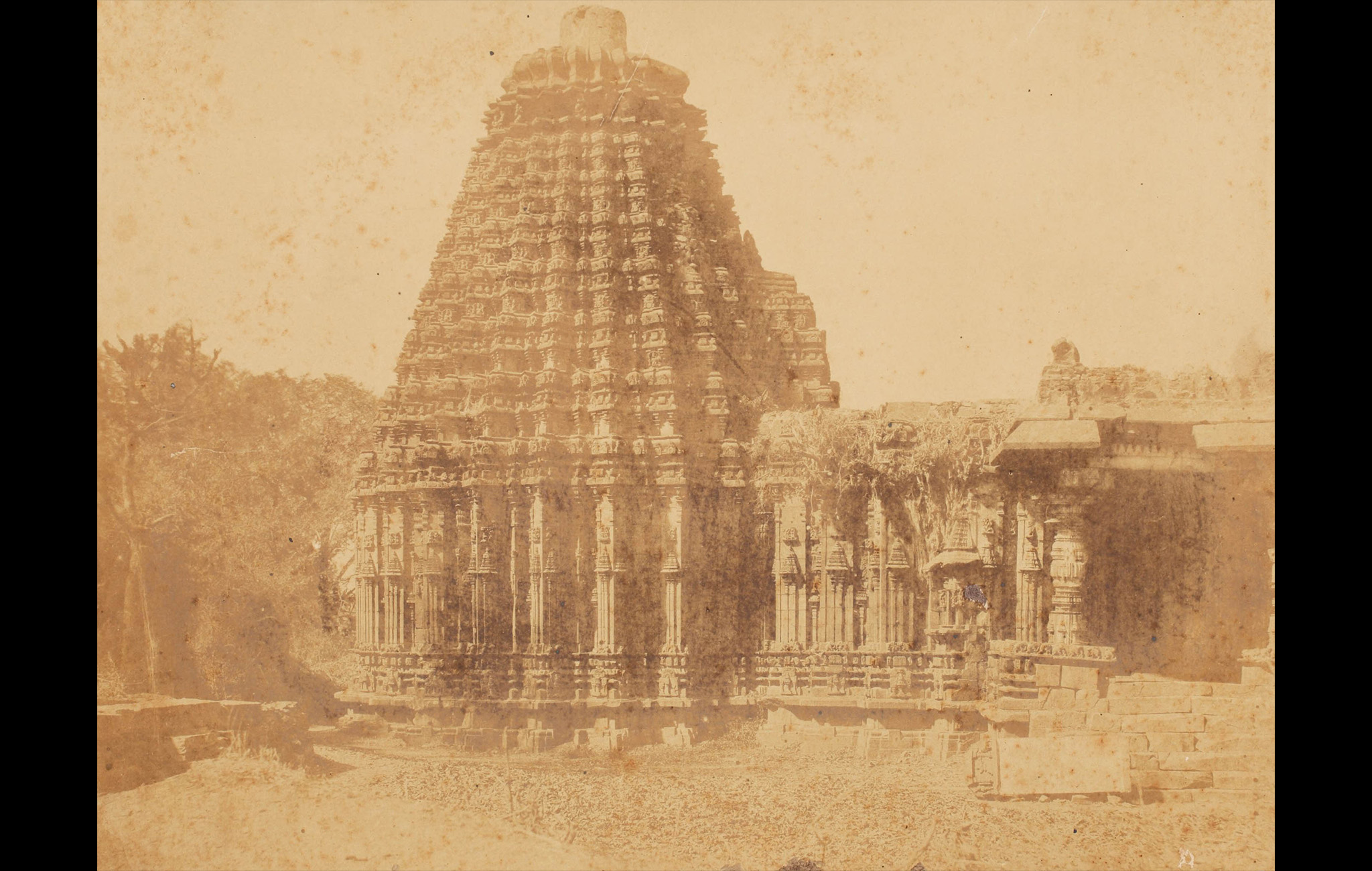 This photograph from the ‘Architecture in Dharwar and Mysore’ was taken by photographer Dr. William Henry Pigou in 1856. The temple identified here is the Chalukyan Doddabasappa temple built in the 12th century and is located 20kms away from Gadag city in Karnataka.

Incorrectly captioned as a Jain temple by the photographer/publisher, the temple is dedicated to Lord Shiva considering the presence of Shiva Linga in the garbha griha (sanctum sanctorum). It is built on a 24-point stellate plan and reflects a mix of early Hoysala and late Western Chalukyan architectural features.

The photographer, Dr. William Henry Pigou, served in the Indian Medical Service in Bombay from 1841 to 1858. He succeeded Thomas Biggs as the Government Photographer of the Bombay Presidency from 1855-1857. Pigou worked at Vijayanagara and Anegundi in early 1856, producing approximately 49 negatives. He made a second expedition to Mysore, Srirangapattanam, and Halebid, this time photographing 75 negatives before his official position came to an end in September 1857.