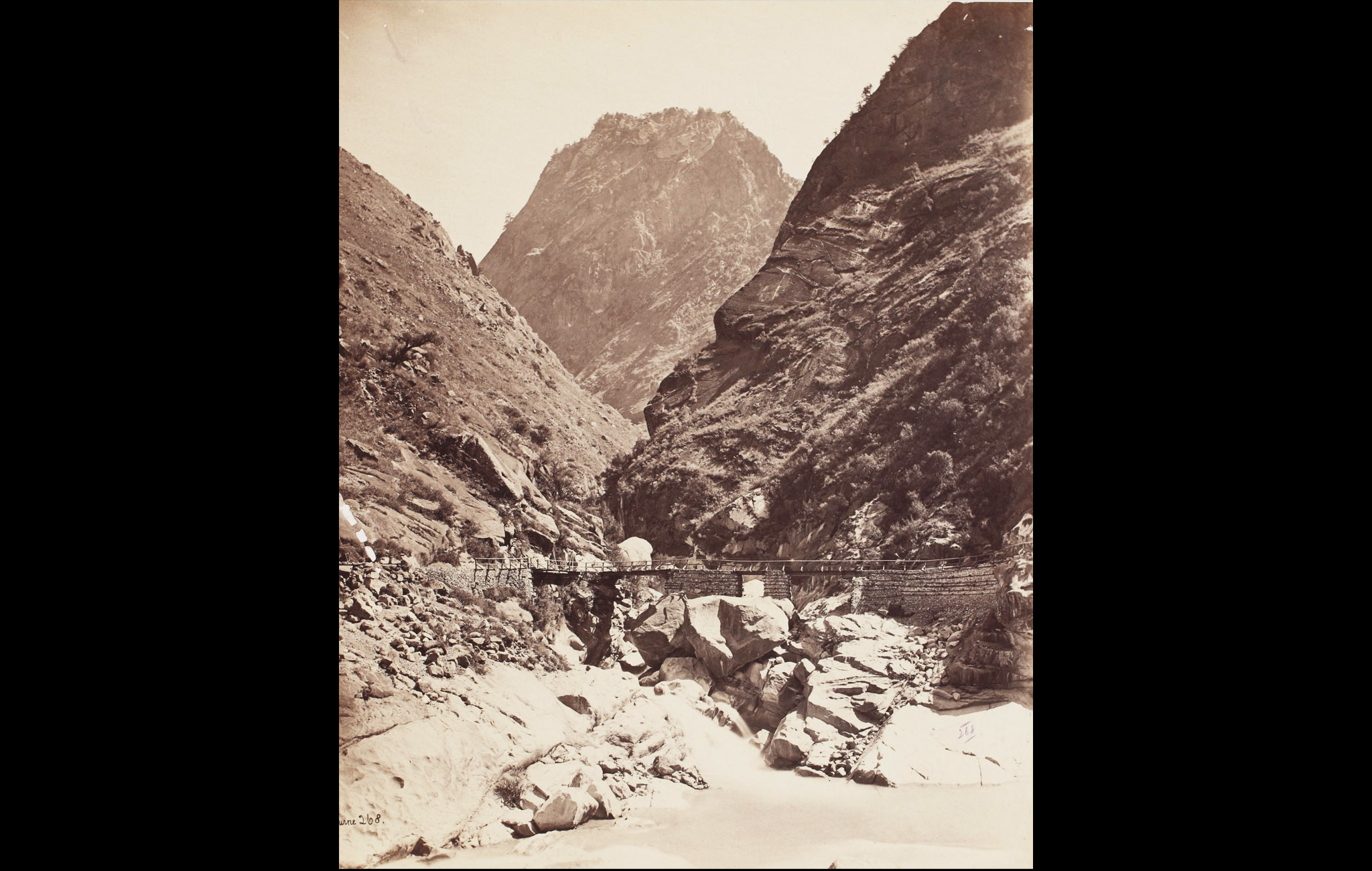 Samuel Bourne took this photograph of a bridge over the Wanga and the Sutlej river junction during his first expedition in the Himalayas in 1863.

In the summer of 1863, on the 29th of July, Bourne set off from Shimla for his ten weeks journey into the Himalayas. This was his very first Himalayan expedition. He trekked alongside the banks of the river Sutlej, the Taree Pass and the Wanga Valley before returning to Shimla in October.

Sharing details of the expedition in the British Journal of Photography, he writes, “The grand difficulty I had to contend with, was to find a standing place for the tent and camera, and also to get sufficiently near the river to bring the river in the foreground, since these grand mountain gorges lose half their effect if not taken from below, and as near as possible to the water’s edge”.

Junction of the Wanga and Sutlej Rivers