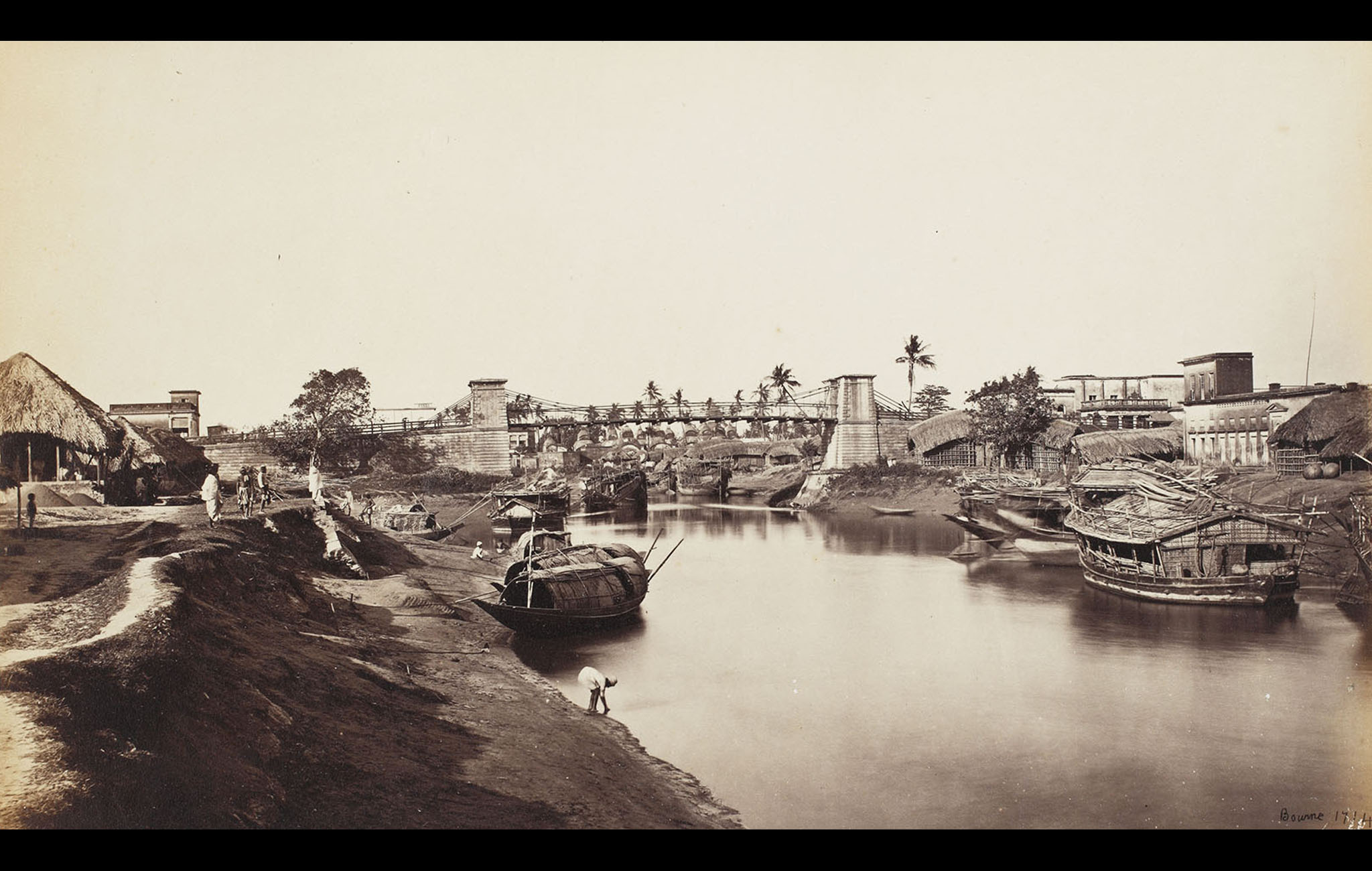 This is an image of a bridge over Tolly Nullah at Kalighat in Calcutta  by Samuel Bourne. Warren Hastings, the Governor General of India from 1773 – 1785, had acquired permission in 1763 to build a suspension bridge over Tolly Nullah which was to connect Kalighat to his garden house in Alipore. It was later called as ‘Hastings bridge’ after the Marquis of Hastings.The suspension bridge collapsed in 1874 and was eventually replaced with a stronger one.

The Kalighat area first finds its mention in the 15th century Bengali text, Manasā-Vijaya, written by poet Bipradas Pipilai. It is also mentioned in a 16th century literary work Chandimangala by Mukundaram Chakrabarti. Kalighat was also established as a pilgrimage centre after legend placed a fragment of Sati’s body here, near the Ganges and since then it has been considered as one of the Shaktipeeth in Hinduism.

Kalighat, famous for its temple, was initially a small sanctuary in the 17th century, when the British first arrived. By the 19th century, it was thickly populated with houses belonging to the Haldars and priests residing near the temple. There was constant activity and traffic of devotees, pilgrims and artists floating in and out of Kalighat.

A painting tradition too developed and evolved around the temple ghat. Many Bengal patua artists migrated to the city in the 18th -19th century for better opportunities and settled around Kalighat. They observed the changes in the city due to the British colonial rule and sought inspiration for their art, giving rise to a new painting tradition named Kalighat, after its place of birth.