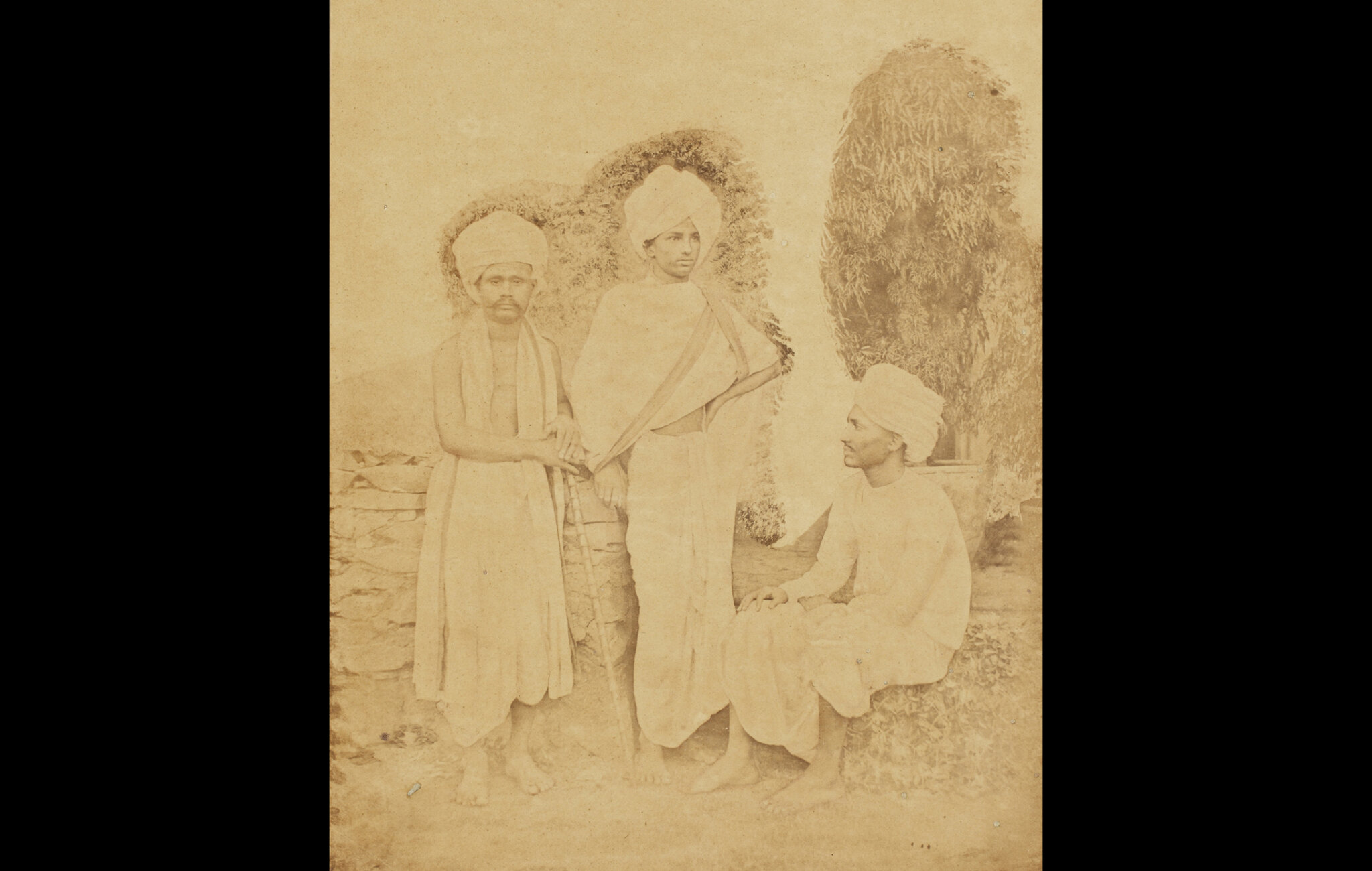 This photograph of the Karnatika Brahmins was taken by William Johnson.

This image originally formed a part of a series called ‘Photographs of Western India’ (1855-1862) by William Johnson. It reappeared in his later publication ‘The Oriental Races and Tribes, Residents and Visitors of Bombay’ (1863 and 1866). The series gives a glimpse into the ethnic diversity of various communities, castes, professions and sects in the Bombay Presidency.

William Johnson worked as a clerk in Bombay until 1851. He started his photography career in 1852, establishing a photography studio in Grant Road, Bombay producing daguerreotypes and, later, albumen prints.