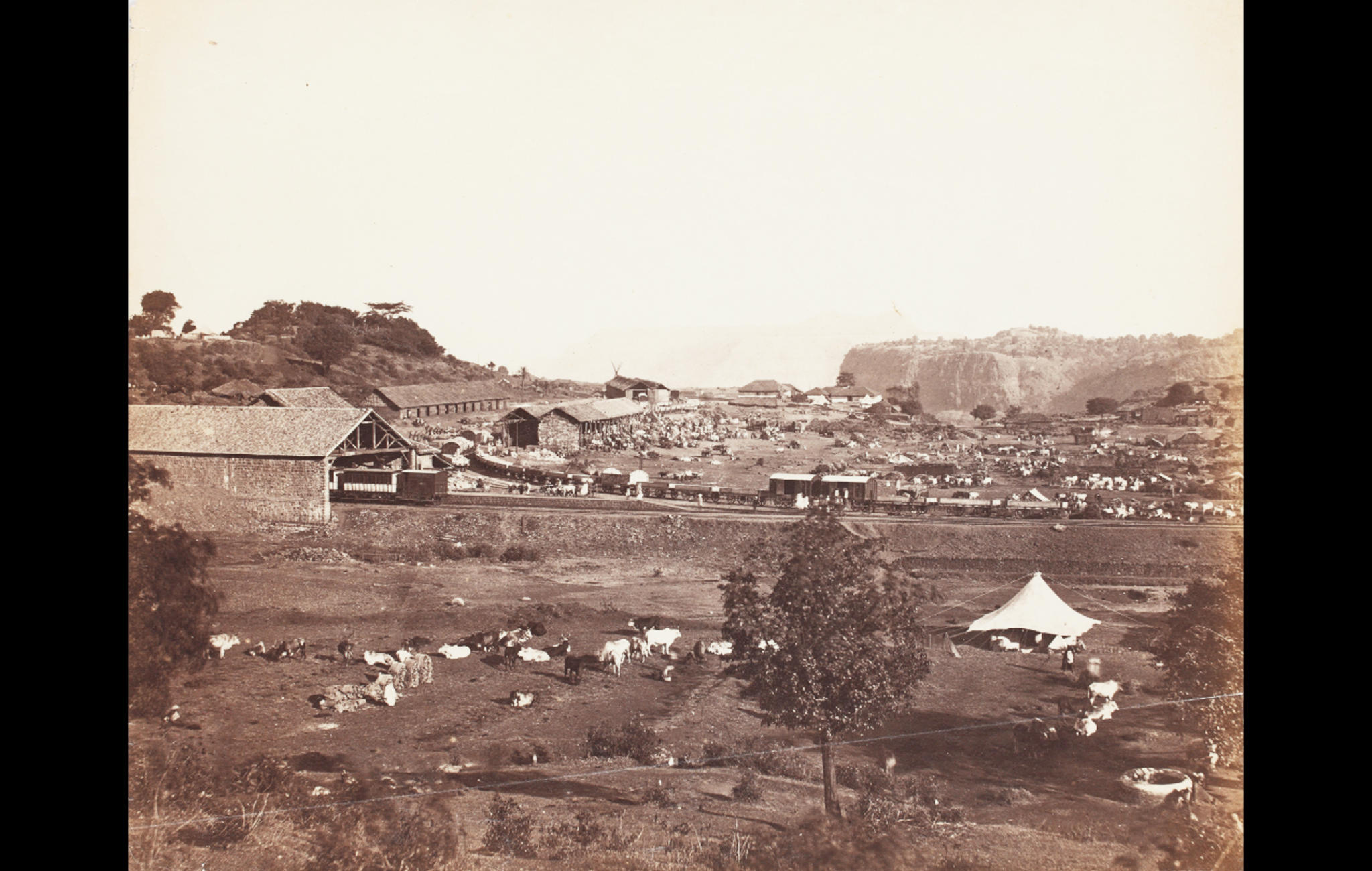 This photograph of the Khandala railway station in the Bombay Presidency (today in Maharashtra) is attributed to Alice Tredwell, a mid nineteenth century railway contractor and photographer. She had arrived in India with her husband, Solomon Tredwell, a railway contractor in 1859 for working on the completion of the Bhor Ghat section of the Great Indian Peninsular Railway.

However, Solomon died of illness soon after arrival, leaving Alice to take up the contract by herself – which she completed by 1863. During the process, she also meticulously photographed the construction of the line. This was an immensely demanding railway project that came at a great human cost – as it required navigation through a treacherous stretch of mountain between Khandala and Palasdari.