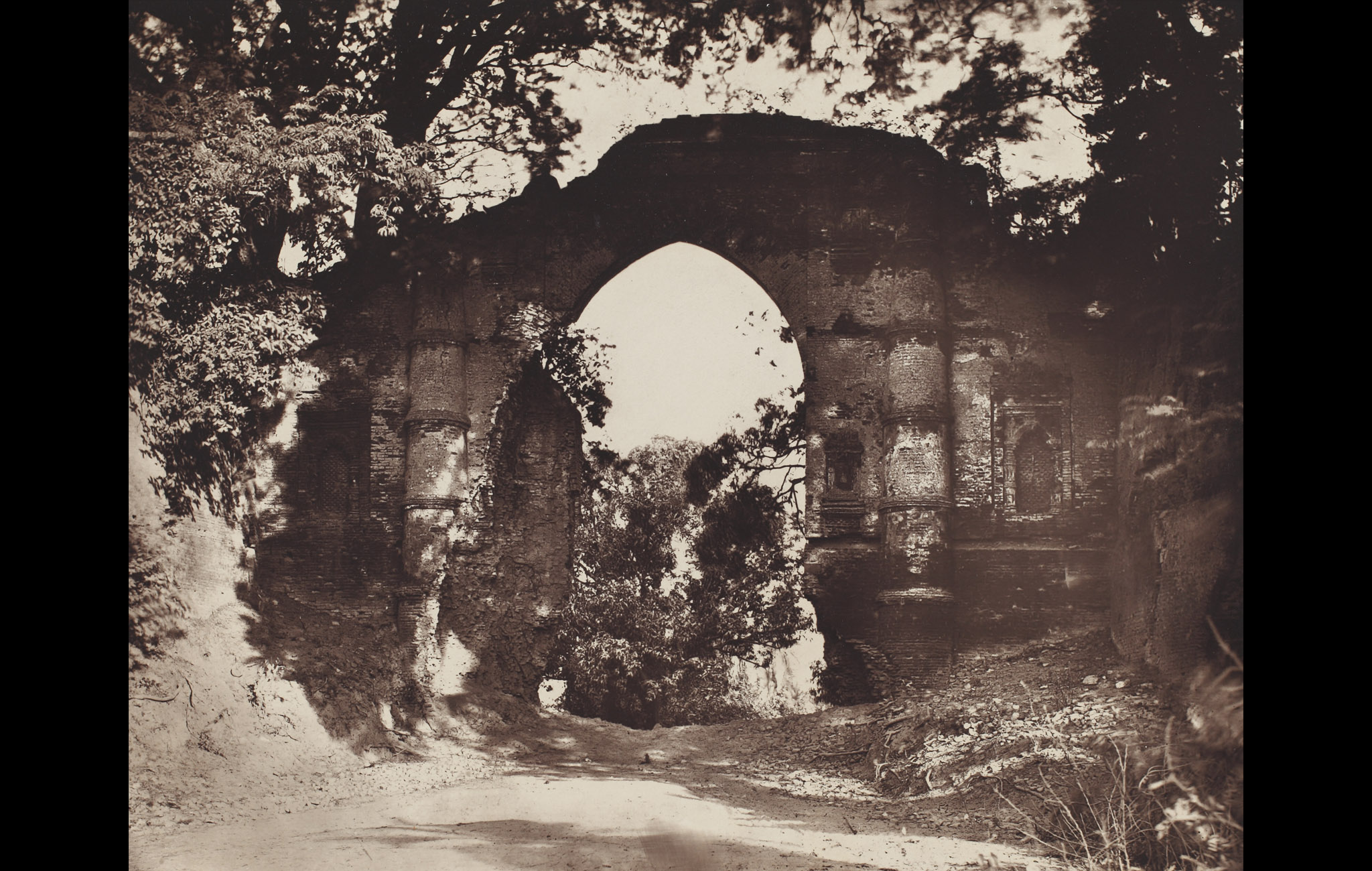 Now a checkpoint at India’s border with Bangladesh, the Kotwali Darwazah was once the central gate in the south wall of the city of Gaur. As its name suggests, it was where the Chief of Police (kotwal) was stationed. Battlements stood on either side of the gateway for military guards to fire from; the remnants of these are still visible. The arch of the gate, already in a state of decay when photographed by Ravenshaw in the 1860s, no longer exists. Despite its state at the time, Ravenshaw wrote of the gate as being one of the most imposing structures in the ruins of Gaur.