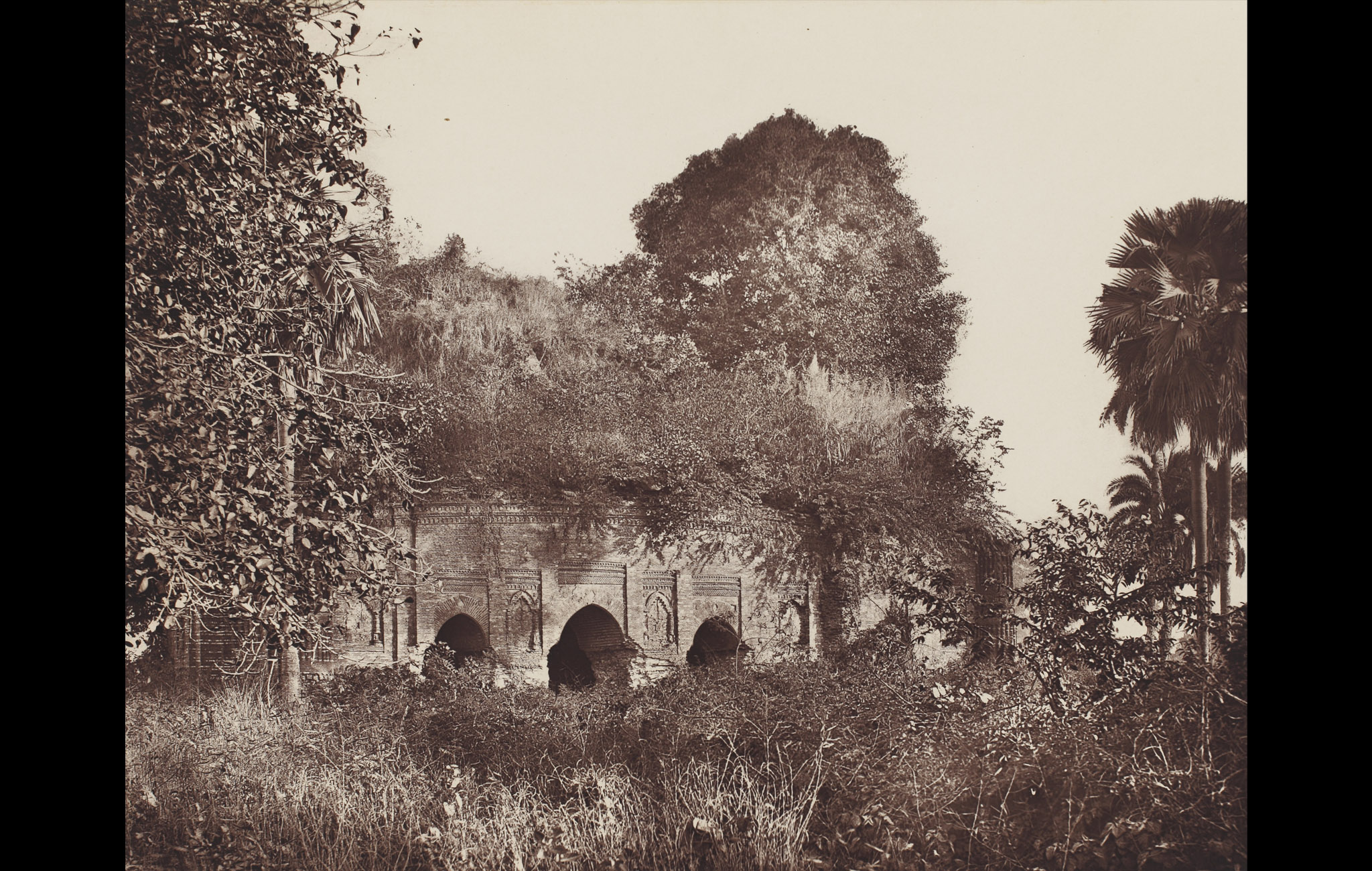 The Lattan Masjid or Painted Mosque of Gaur, pictured here, was once covered entirely with enameled brickwork in colours of green, yellow, blue and white. It is considered to have been built by Sultan Yusuf Shah, among the last of the Ilyas Shah rulers of Bengal in 1475, as per an inscription found in the vicinity.

Prior to its restoration, the floor of this mosque is said to have been damaged by trespassers digging for buried treasure. Such excavations were common among the ruins of Gaur, leaving remnants of large halls, passages, stairways and other structures that once made up the glorious city.

This photograph was published in Gaur: Its Ruins And Inscriptions by John Henry Ravenshaw in 1878. Ravenshaw was a Bengal civil service worker who was stationed as Magistrate and Collector at nearby Maldah. He had the opportunity to explore and photograph Gaur between 1865 and 1867. While Ravenshaw died in 1874, this volume of photographs and notes were arranged to be published thereafter by his widow, Caroline.