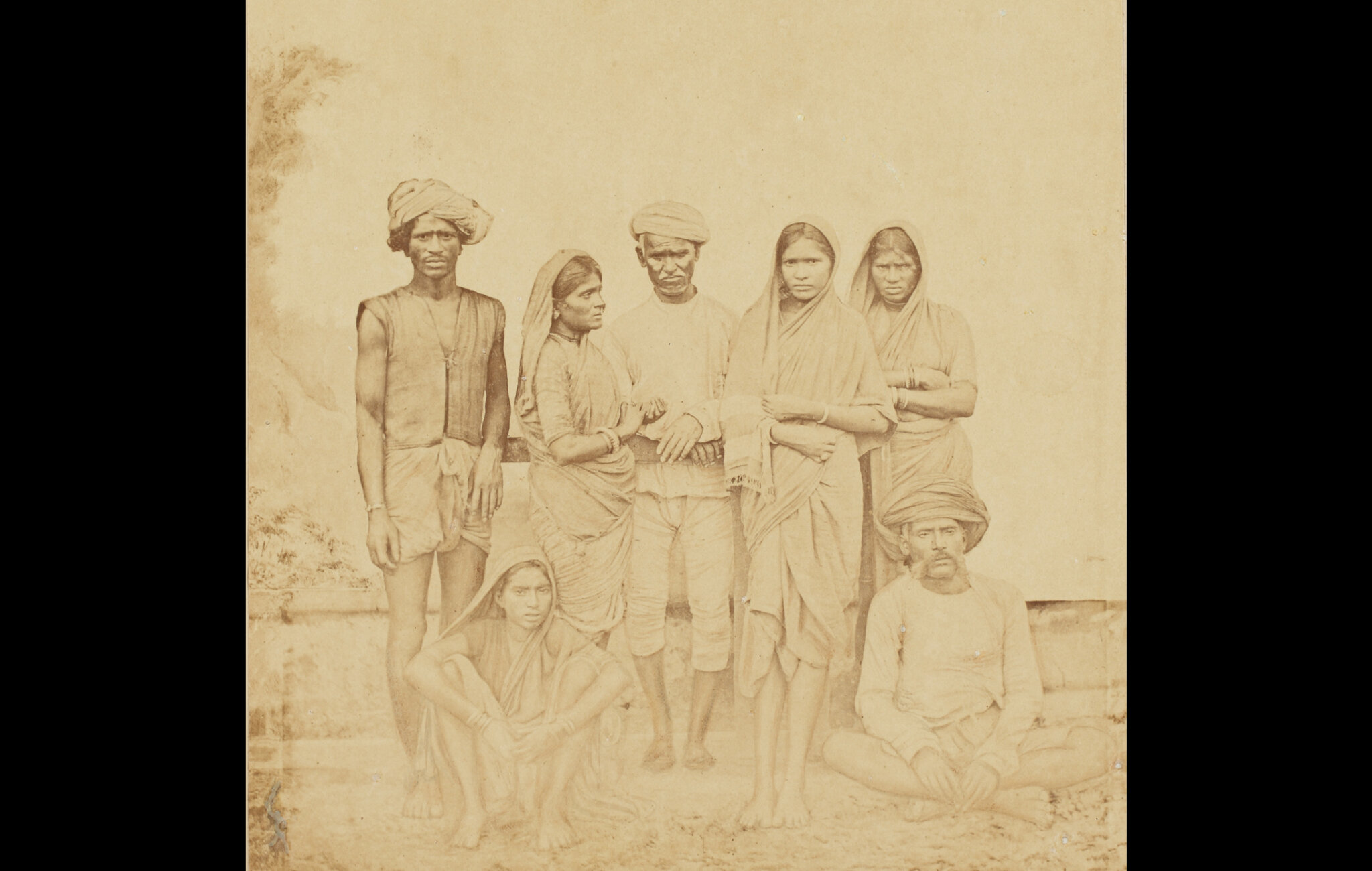 This photograph of the Mahar community is by William Johnson. The Mahars traditionally belonged to the lowest caste in the Hindu caste system in the Bombay presidency.

This image originally formed a part of a series called ‘Photographs of Western India’ (1855-1862) by William Johnson. It reappeared in his later publication ‘The Oriental Races and Tribes, Residents and Visitors of Bombay’ (1863 and 1866). The series gives a glimpse into the ethnic diversity of various communities, castes, professions and sects in the Bombay Presidency.

William Johnson worked as a clerk in Bombay until 1851. He started his photography career in 1852, establishing a photography studio in Grant Road, Bombay producing daguerreotypes and, later, albumen prints.