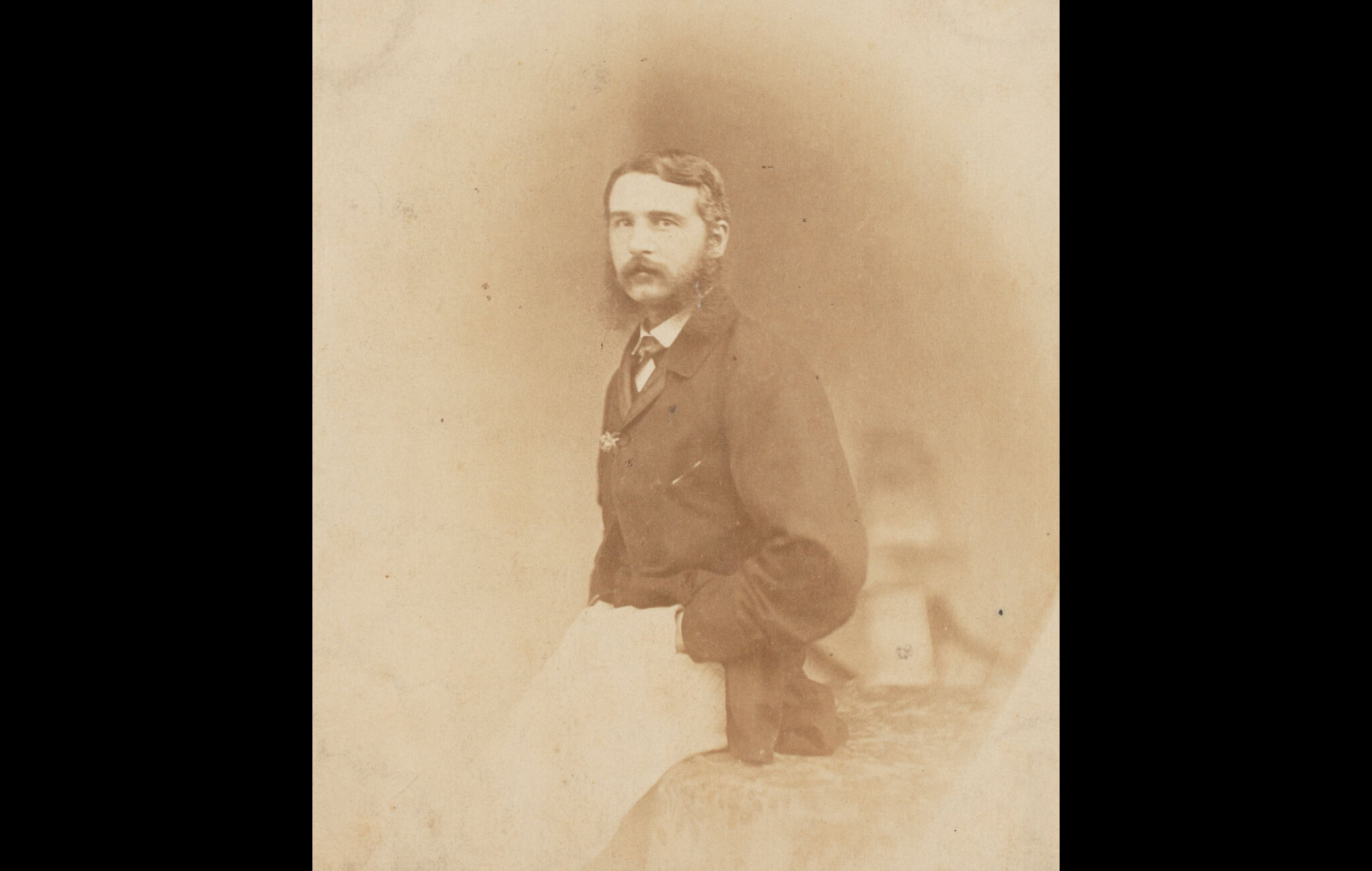 This albumen photograph is of Sir Henry Tombs (1825-1874) as captured by Felice Beato.

Tombs was born on 10th November 1825 in Calcutta, India. His father, Major General John Tombs, was a soldier and commanded the 3rd Bengal Cavalry at the Siege of Bhurtpore from 1824. Sir Henry completed his education and entered the Royal Military College in 1839, at the age of 14, until June 1841. This is when he was gazetted to the Bengal Artillery as a 2nd Lieutenant. He was a military officer in the First and Second Anglo-Sikh wars as well as the Indian mutiny of 1857.

Albumen prints were invented in 1850, and the process was the most popular type for the next four decades, usually paired along with wet collodion glass-plate negatives. The process involved coating paper with a mixture of albumen (egg white) and salt.