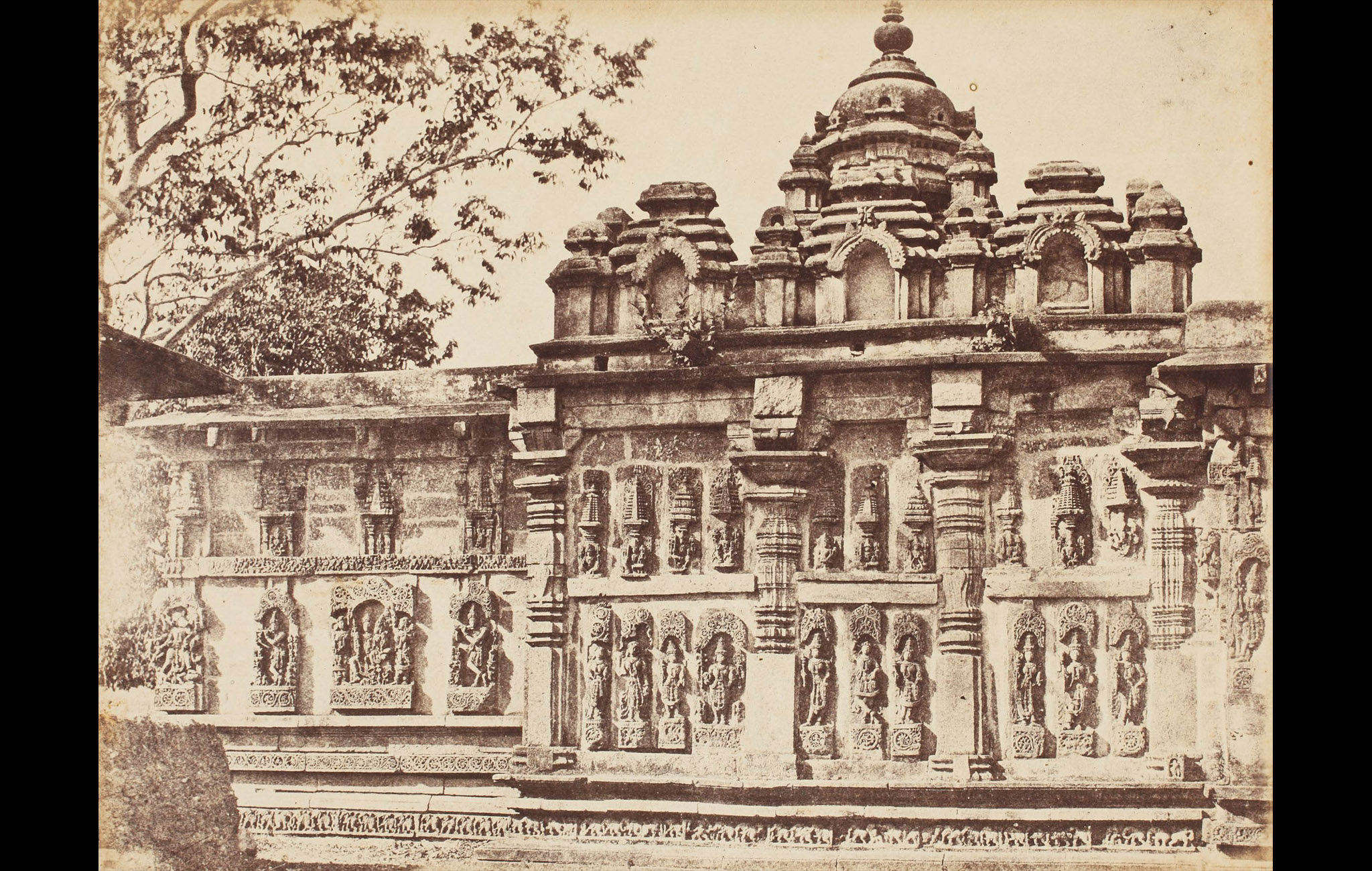 This photograph from the ‘Architecture in Dharwar and Mysore’ was taken by Dr. A.C.B.Neill in 1856. Pictured here is the ‘Andal Temple’ of the Belur temple complex in Karnataka. It is also known as ‘Shaumyanayaki’ or ‘Ranganayaki’ Temple as per the presiding deity.

Th temple is located north-west of the Keshava Temple, and Dravidian style architectural elements on its shikhara. The image captures the adhisthana (temple base), jangha/bhitti (middle temple wall), and varandika (portion below the shikara).

The incomplete state of the structure is quite evident. The adhisthana is quite simple and unadorned with its dvi-jangha (two-storey wall) bearing sculptures identified older than the temple, presumably dating to nearby Hoysalas sculptures.

The Vijayanagara rulers who came to power following the Hoysalas followed a policy of conserving older structures built by their predecessors while introducing their own style architecture. One such example is the restoration of the Chennakeshava Temple.

The photographer, Dr. Andrew Charles Brisbane Neill, attended the Indian Medical Services from 1838 to 1858. He was a member of the Photographic Society of Bengal and had documented the architecture at Belur and Halebid. Neill was the third photographer to contribute prints to ‘Architecture of Mysore and Dharwar’. Working in the Mysore region in the mid-1850s, he may have accompanied Linnaeus Tripe, the Madras Government Photographer, on his photographic expeditions in South India. In 1885, his prints were exhibited at ‘Madras Industrial Exhibition of Raw products, Art, and Manufacture of South India’.