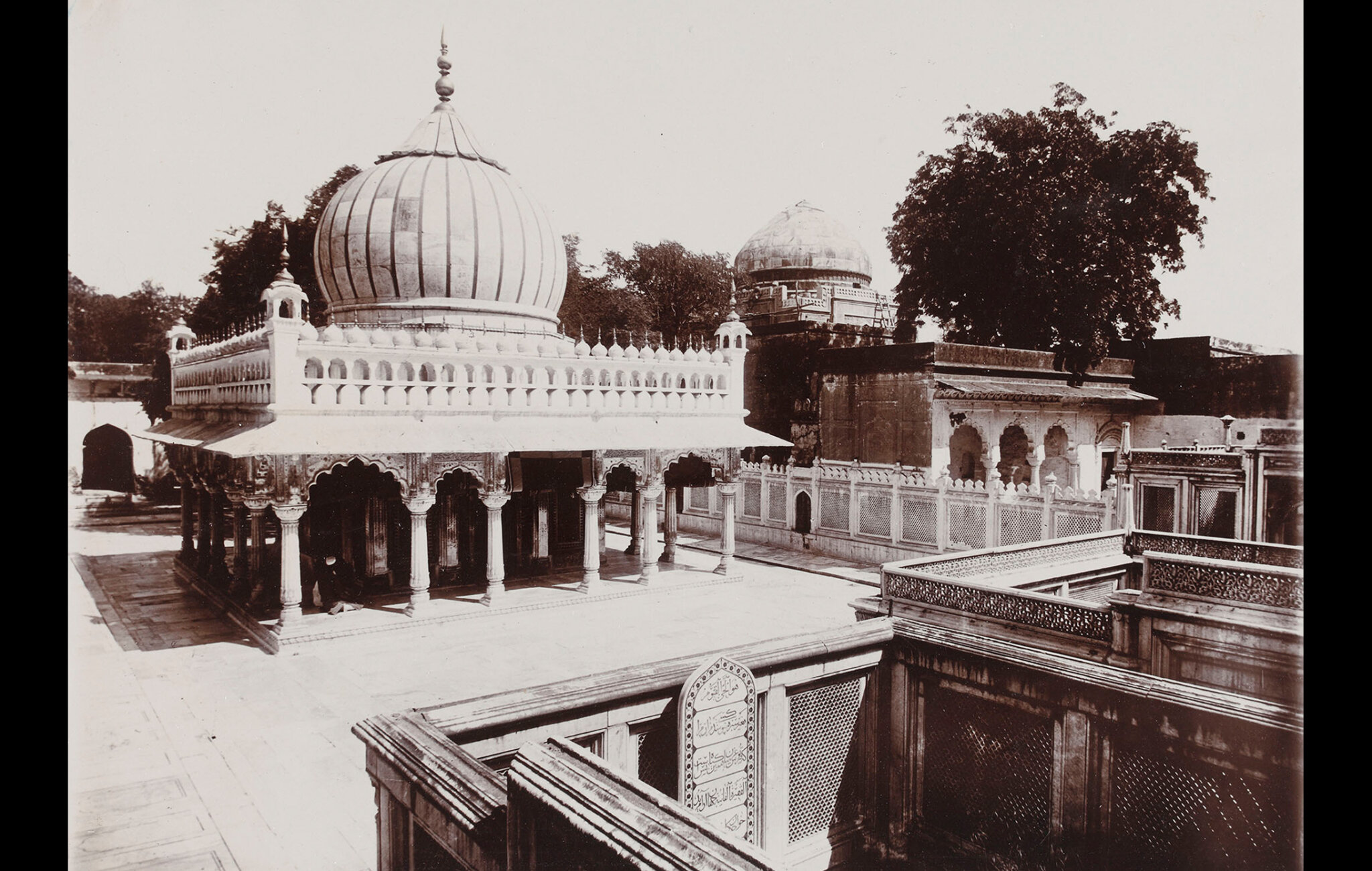 This is the image of a shrine built over the tomb of revered Sufi saint, Nizamuddin Auliya, who died in 1325. The tomb, which remains an important destination for pilgrims to this day, has undergone restoration several times. The current structure is based on the building that was built during Akbar’s reign in 1562 but has been periodically renovated and embellished. Nizamuddin Auliya constructed a mosque and a baoli or step-well here in the early 1300s.