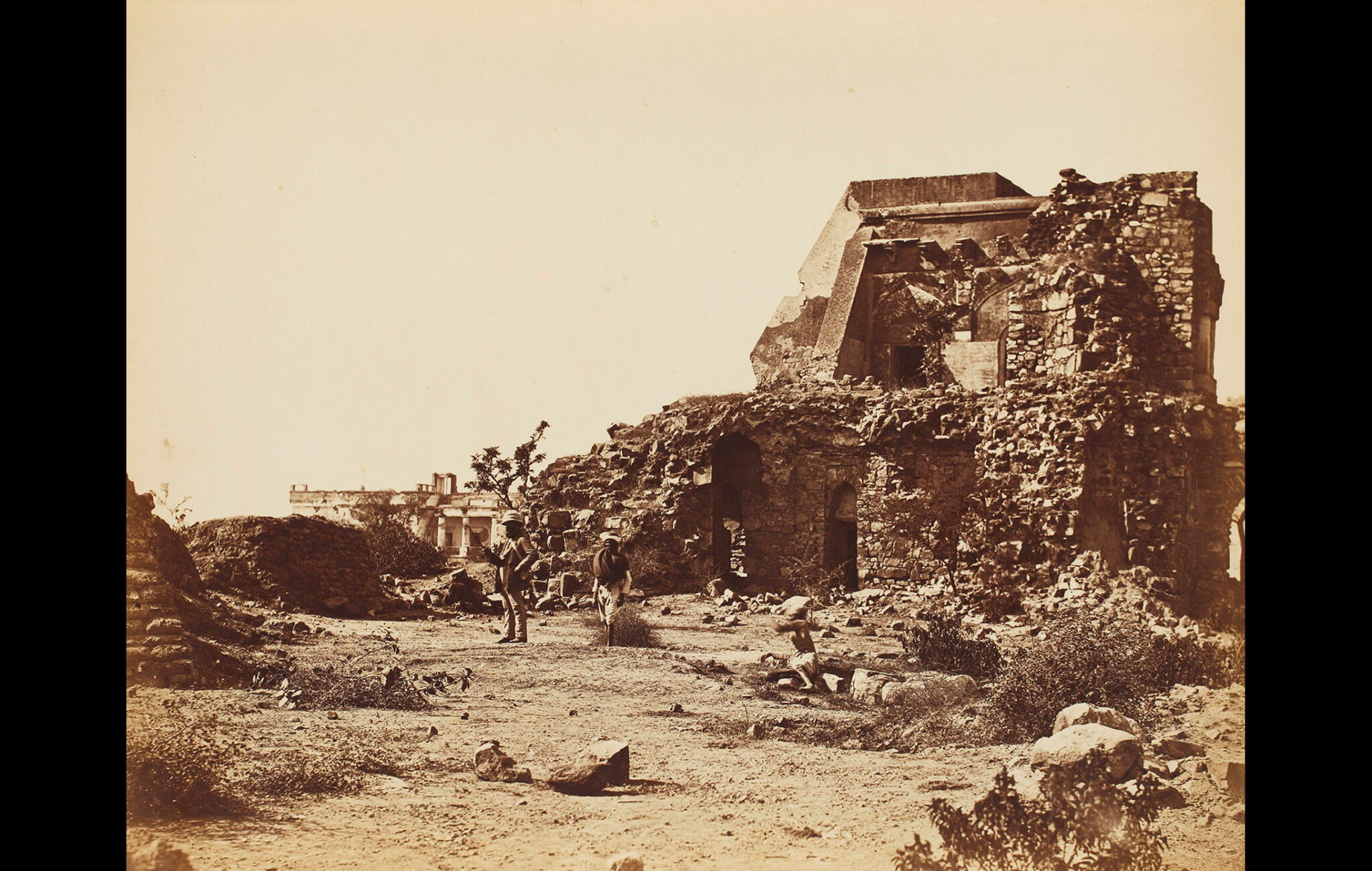 The monument was constructed as a hunting lodge and an observatory by Firuz Shah Tughlaq. The observatory was at the centre of the action during the siege of Delhi, in the Uprising of 1857. It was occupied by the British and used as an outpost. The heavy battery used by the British, was stationed very close to the observatory and the lane behind, gave them easy access to the walled city- it was termed the ‘Valley of Death’.

Felice Beato was a European photographer renowned for being one of the earliest personalities to capture bold subjects like military expeditions and war.  He and his brother Antonio gained the knowledge of photography from their brother-in-law, James Robertson, a Scottish photographer. It was between June 1855 to June 1856, in his formative years, Beato worked with Robertson as his partner and helped him photograph the Crimean War.

Beato is most often remembered for his photography in Crimea, India, China and Japan. He arrived in Calcutta in early 1858 intending to document the aftermath of the Uprising of 1857. Between February 1858 and 1959, Beato travelled to Kanpur, Lucknow, Meerut, Simla, Agra, Delhi, Lahore creating over 130 topographical and architectural photos of British military siege and campaigns. Beato’s photographs won him recognition because he was one of the first to venture away from Europe to document contemporary events for the European audience. Beato sailed for Hong Kong in early 1860 and photographed the Second Opium War in China. He also documented the Sudanese Colonial War in 1885, producing the most substantial photojournalism work at the time.

Observatory and Battery with Hindoo Rao's House in the Distance, Delhi