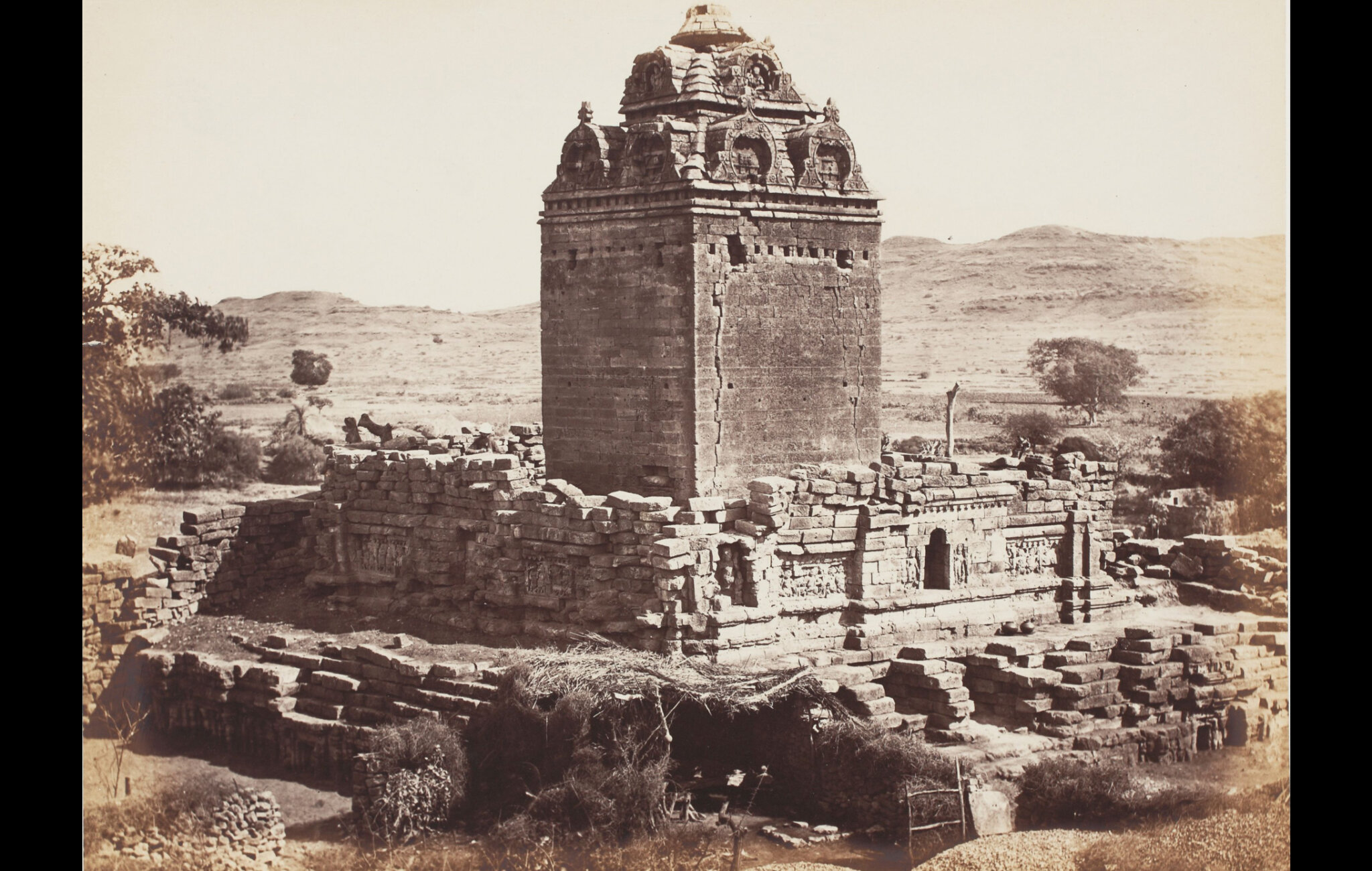 Pictured here are the ruins of an old temple in Gop, Gujarat, estimated to date to the 6th century, Maitraka period. Located in Jamnagar district, Gop was one of several historic sites in Kathiawar and Kutch examined by British archaeologist James Burgess between 1874-75. The shrine, standing about 23 feet high, may be the oldest of its kind in Kathiawar and one of the earliest Hindu stone temples in Gujarat. In his report to the Archaeological Survey of Western India, Burgess wrote that the temple was “perhaps the only fragment now standing of the old city, which appears to have covered a considerable area round the present village.”

James Burgess (1832-1917) was a British archaeologist who worked in India during the late 19th century. He was born in Kirkmahoe, Dumfriesshire and educated in Dumfries Glasgow and Edinburgh. Arriving in India in 1856, he was involved in educational work in Calcutta and in Bombay, where he was appointed the Secretary of the Bombay Geographical Society in 1868. Burgess was fascinated with Indian history and architecture and published his first book in 1869 on the Temples of Satrunjaya. In January 1872, he founded the ‘Indian Antiquary’ as a monthly journal on Indology. It was intended to connect East and West on Indian research topics and to facilitate and encourage further research on the subject. Following its launch, in 1873, he was appointed by the Government of Bombay to head the Archaeological Survey of Western India.

During his tenure, he published a series of books on the antiquities of the westernmost regions of India. In 1881 he led the Archaeological survey in southern India and later in 1888, was promoted to the post of Director-General of the Archeological Survey of India. He resided in Calcutta, where he supervised research work throughout the country during his period. James Burgess retired from Government service in 1889. Out of the many papers published by Burgess, some cited even today are Epigraphia Indica (1894), The Cave-temples of India (1880), Rock-cut Temples of Elephanta (1871).

To read more on temples of India, click here.