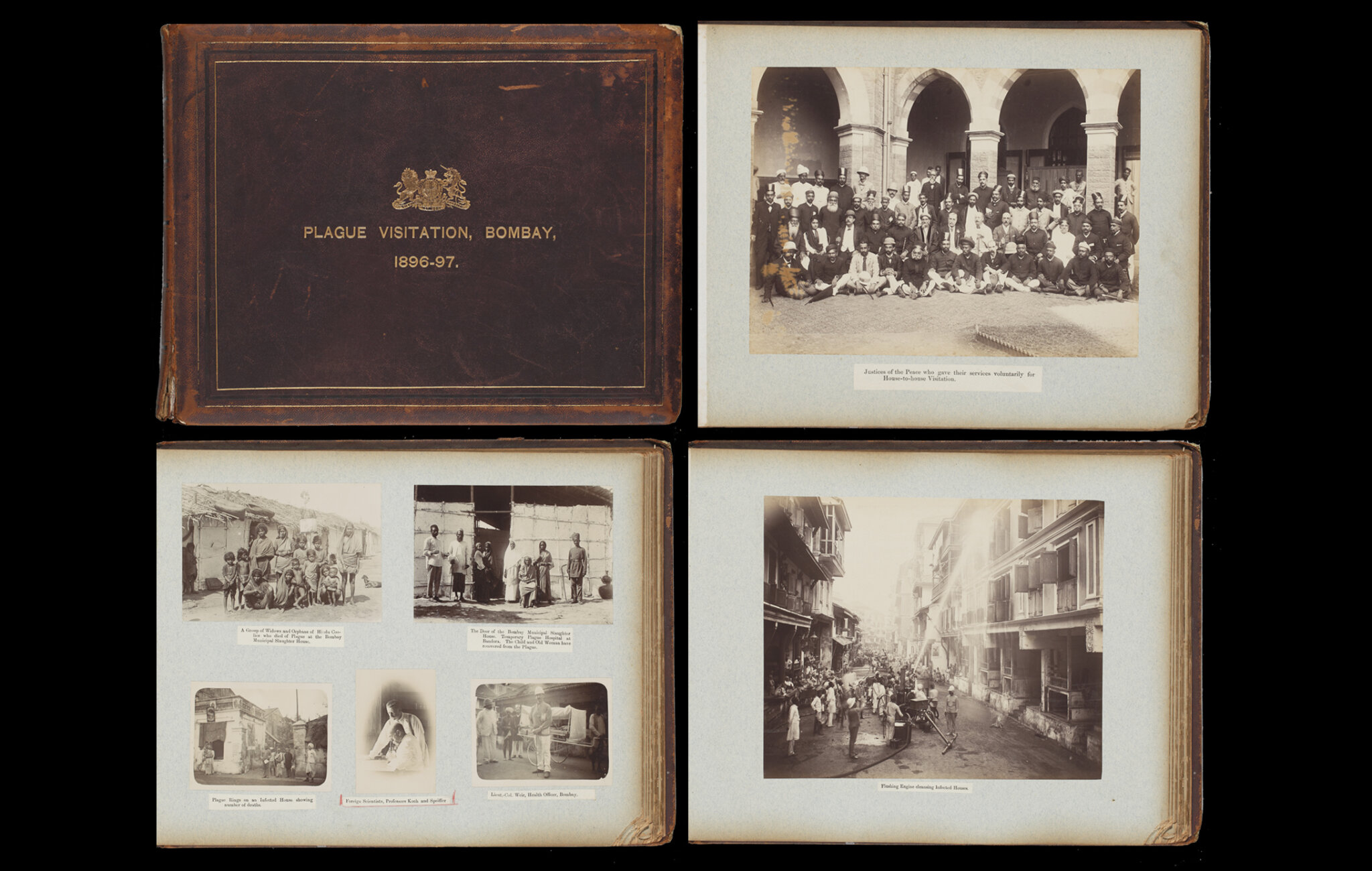 This album captures the arrival of the bubonic plague in Bombay in 1896 and 1897. It documents the circumstances of the time and the plague’s progression into becoming one of the deadliest pandemics of 19th century India.

Acacio Gabriel Viegas, a Portuguese medical practitioner, recognized the plague in Bombay at Mandvi in September 1896. Regarded as the third bubonic plague, it later spread to Walkeshwar, Kamathipura, Khetwadi, Umerkhadi, Abdul Rehman Street, and Dhobhi Tala. Among the regions impacted were Byculla, Mazagoan and Colaba.

The Municipal Commissioner of Bombay, in October 1896, released a notice authorizing medical squads to enter households without a prior warrant and to inspect, remove, disinfect or destroy goods if they were considered to have been infested. The decontamination strategy involved hosing down buildings with disinfectants. Building occupants were placed in segregation camps where the plague was diagnosed.

This album captures a record of a variety of special hospitals and camps set up across the city of Bombay and showcases the work of the Bombay Plague Committee.

F. B Stewart and Captain Moss