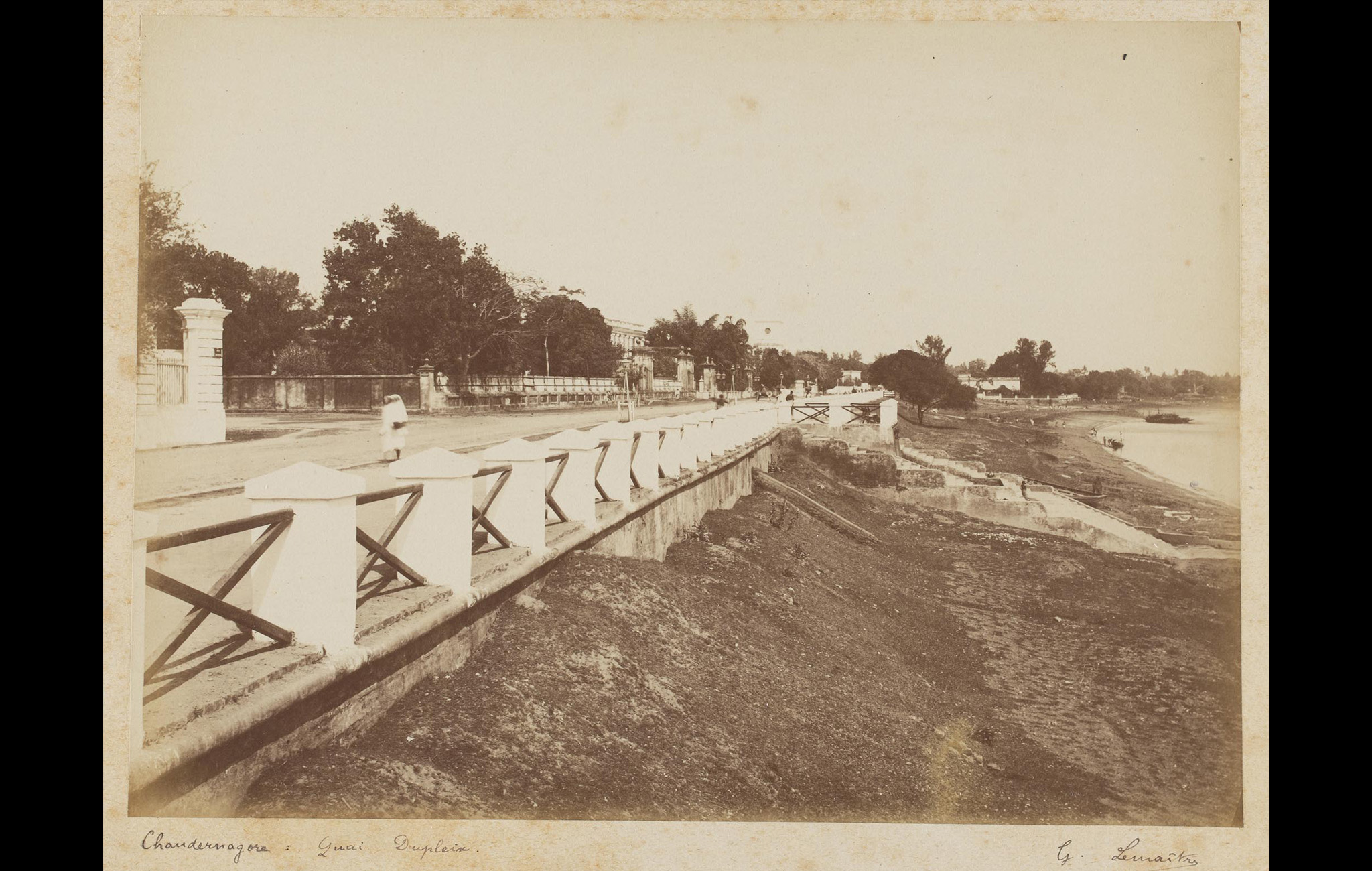 This photograph shows a view of Chandannagar’s riverside promenade known today as Strand Road or Strand Promenade. Stretching alongside the Hooghly, the promenade is estimated to have been built primarily in the 19th century, and even today remains an iconic landmark in the city – where residents come to unwind and gaze at the river. This waterfront road was previously named Quai Dupleix after Joseph Francois Dupleix, who prior to serving as the French Indian Governor General, had served as the Governor of Chandannagar for more than a decade between 1730 and 1741.

Chandannagar or Chandernagore as it was then known was one of the earliest trading towns set up by the French East India Company. Its roots can be traced to a trading post established by the French on the banks of the Hooghly in 1673. The French East India Company that had been set up barely a decade prior in 1664, opened its first factory in Surat in 1668, and found itself having to play catch up with the Portuguese, Dutch and British who had already claimed chunks of the Indian subcontinent. The trading post by the Hooghly proved very fruitful and in 1688, they legally acquired control over the land from the Mughals, creating the town of Chandernagore within the following decade and quickly building its earliest landmark – a stretch of fortification on the waterfront known as Fort D’Orleans.