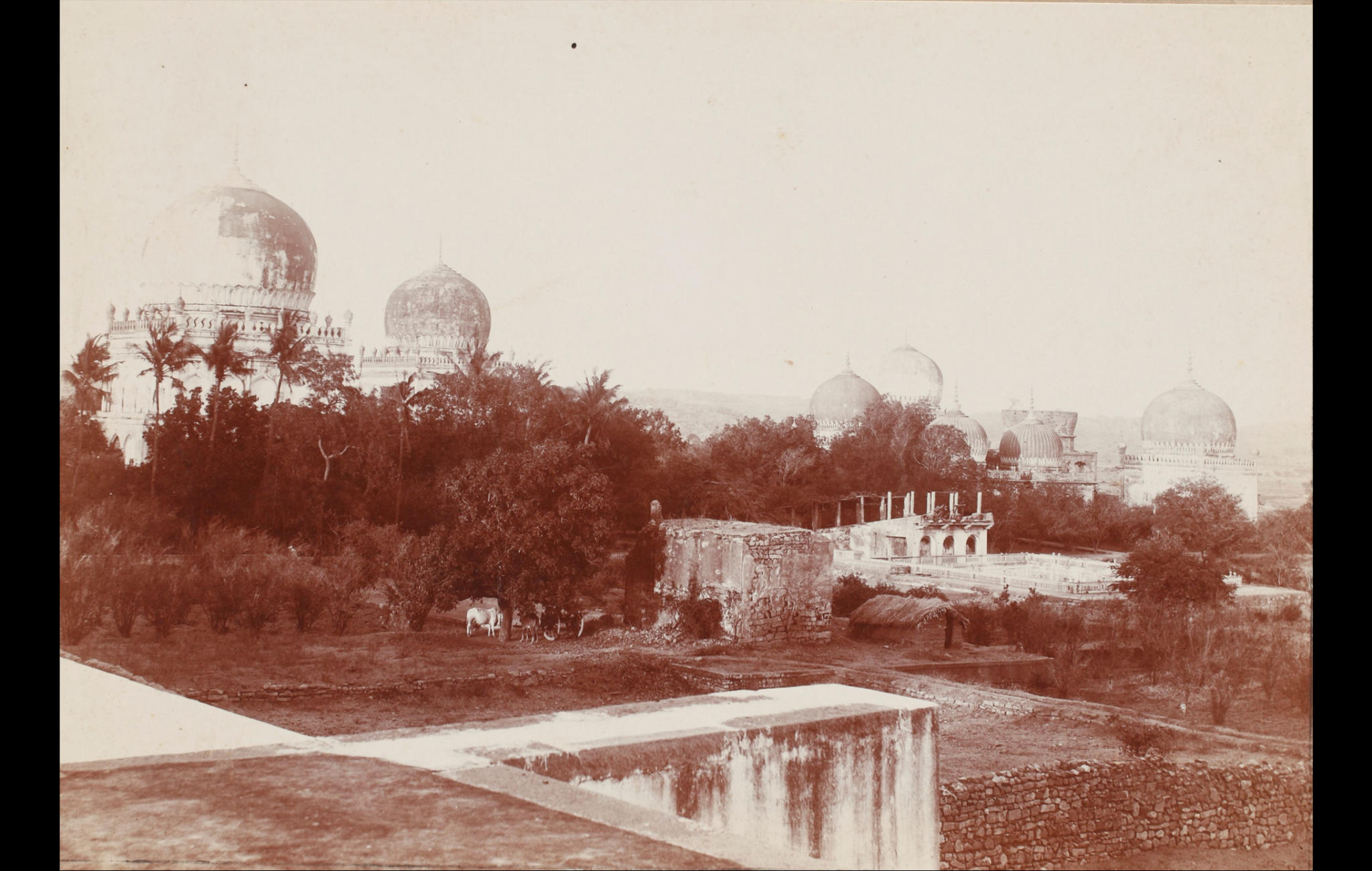 Here is a view of the Qutb Shahi Tombs in Hyderabad, as captured by Lala Deen Dayal. Located near the historic Golconda Fort, the tombs are an indelible part of Hyderabad’s skyline.

Mohammed Quli Qutb Shah founded the city in 1591 by, moving away from the historic capital at Golconda. The Qutb Shahi empire was founded by his grandfather, Sultan Quli Qutb Shah. Hailing from Hamdan in Persia (present-day Iran), he travelled to India in the second half of the 15th century. In 1518, he was a governor in the empire of the Bahmanis in Bidar when their dynasty fell. As orthodox Shia Muslims, the Qutb Shahis were followers of Imam Ali, cousin and son-in-law of the Prophet Mohammed and, according to the Shia sect, His rightful heir. A key part of the faith is the observing of Muharram, a day of mourning for the death of Imam Hussain, son of Imam Ali.

The Qutb Shahis built halls of mourning known as Ashurkhanas across their empire and appointed local Hindu families as caretakers at many of them. That led to Hindus observing Muharram every year as Peerulu Pandaga or Festival of The Saints, a tradition that continues till date.

Regarded as India’s premier photographer in his lifetime, Lala Deen Dayal was working as a draughtsman at the Public Works Department in Indore while he developed a keen interest in photography. Starting the 1870s, he ran successful studios called Raja Deen Dayal and Sons in Indore, Secunderabad and Bombay and was appointed photographer by Indian royalty including the Nizam of Hyderabad, as well as by Queen Victoria. The sheer number of the images he and his studio produced (estimated to be over 30,000) combined with the remarkable breadth of his skill that rendered architecture, landscapes, military maneouvres, royalty, festivals and famous visiting dignitaries, have cemented his status as an unparalleled icon of image-making in India.

To read more about the Qutb Shahi kings, click here.