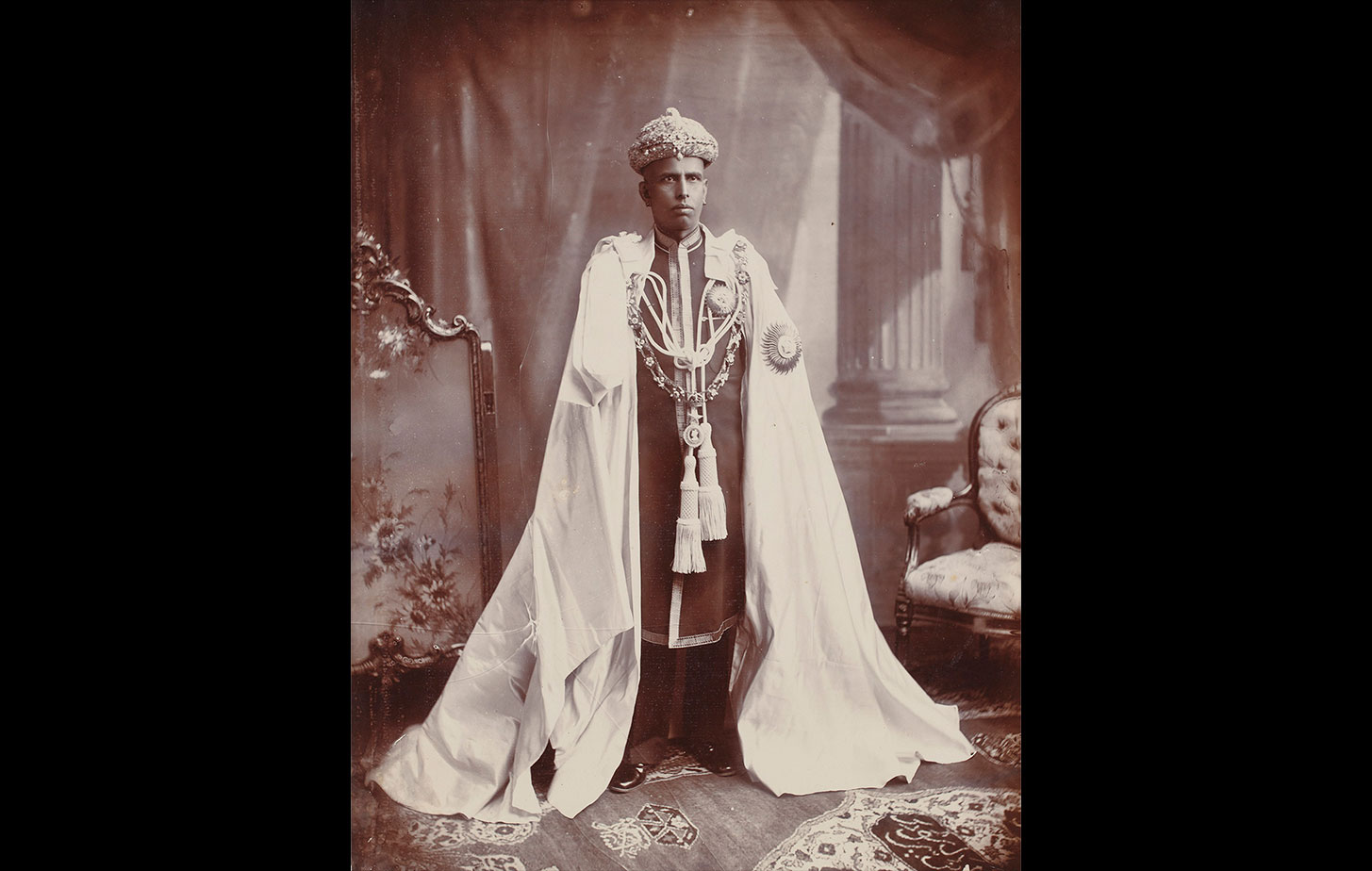 The Kingdom of Cochin came into existence around the sixth century AD. According to tradition, Kochi’s first king was Vir Kerala Varma, a title held by the Rajas of Cochin even till in the early 20th century. This is an official portrait of Raja Varma, Rajarshi of Cochin who succeeded the throne in October 1895. In 1897 he was honoured with the Knights Commander of the Order of the Star of India. Raja Varma had an great positive impact on 20th-century society in Kerala, and he is known to have led various educational and administrative reforms. Medical assistance and industrial business also evolved to a notable degree during his reign. Cochin’s Rajarshi proposed in 1905 that he retire but it wasn’t until his health worsened in 1914 that he finally abdicated his office.

Bourne & Shepherd was an Indian photographic studio, a partnership between Samuel Bourne and Charles Shepherd, and one of the oldest established photographic businesses in the world. Established in 1863, it was the most successful commercial firm in 19th-and early 20th-century India, with outlets all over the country and the most notable being the ones in Shimla, Calcutta and Bombay.

Rama Varma, the Rajarshi of Cochin