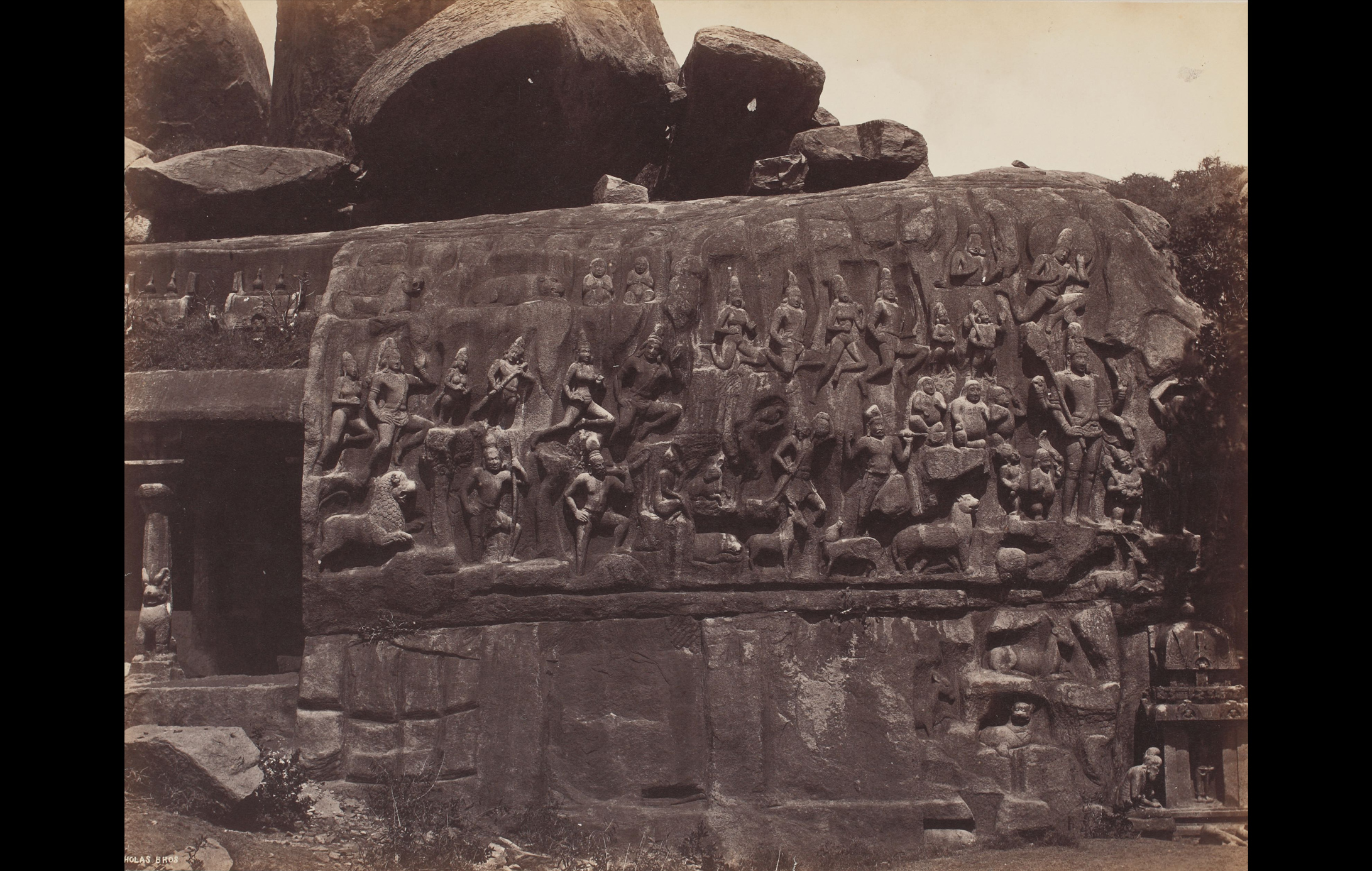 This photograph of an open-air sculptural relief at Mamallapuram (Mahabalipuram) is attributed to photographer John P Nicholas.

Mamallapuram occupies a significant place in India’s cultural and historical landscape and has a rich presence of ancient caves, temples, and rock-cut structures.

The sculptural relief in the photograph is dated to the 7th century CE and was carved under the Pallava dynasty (4th-9th century CE). The monument is known as the ‘Descent of the Ganges’ and ‘Arjuna’s Penance,’ episodes from the Mahabharata.