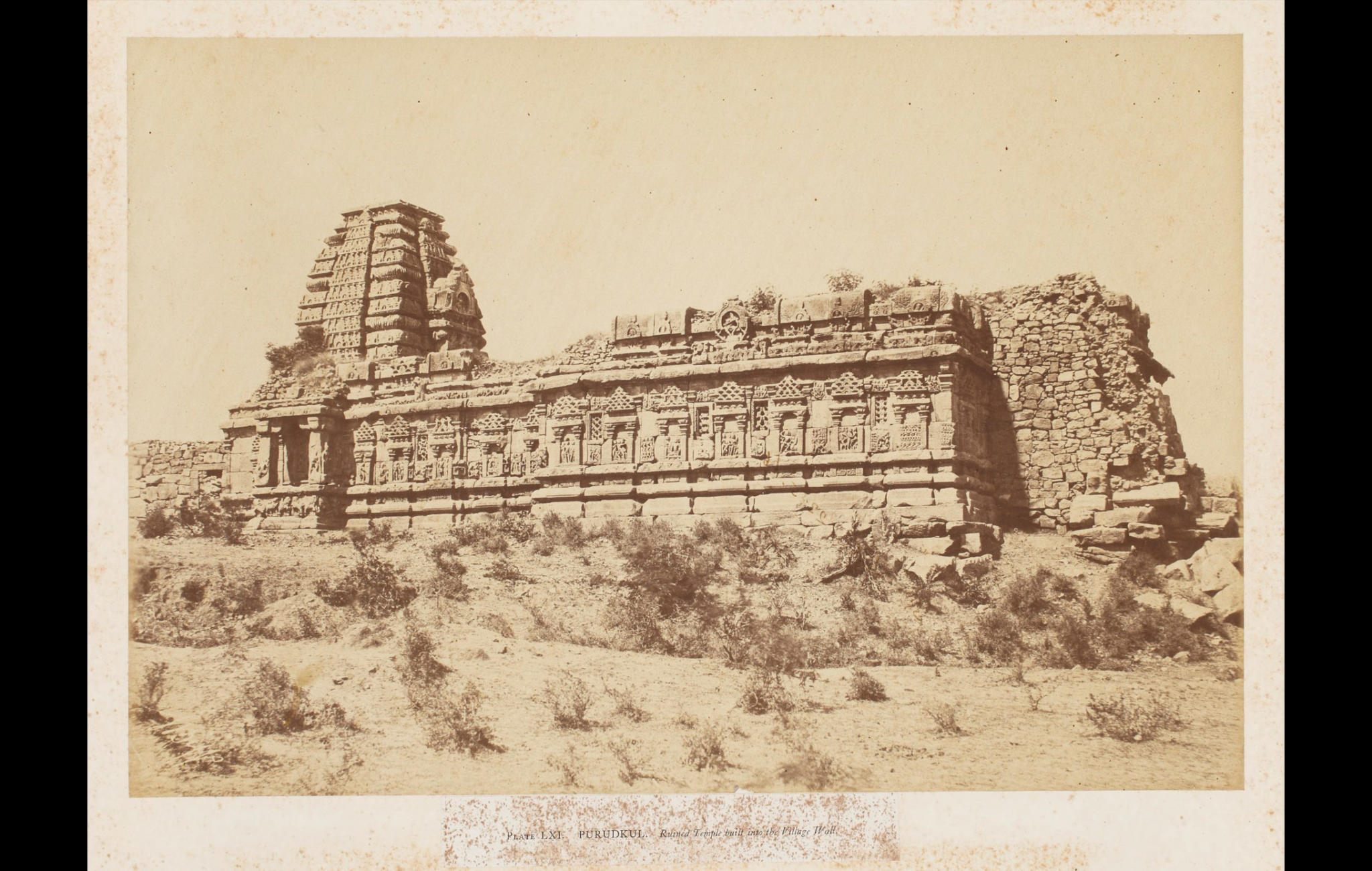 This photograph from the ‘Architecture in Dharwar and Mysore’ was taken by Col. Thomas Biggs. This is the Papanatha Temple in Pattadakal, Karnataka.

The Papanatha Temple is an important structure in the Pattadakal group of temples because of its unique style that combines regional architectural elements.  The temple combines the Nagara and Dravida architectural traditions to create an outstanding Early Chalukyan edifice in the Karnataka style.The temple was formerly known as the ‘Mulasthana Mahadeva’ temple, according to an 11th-century inscription found near the structure.

The temple structure consists of an outer porch, a natya mandapa (dancing hall), an antechamber, and a garbha gruha (sanctum sanctorum). There is Shaiva iconography and renditions of stories from the Puranas, Ramayana, and Mahabharata on the temple’s walls and pillars.

Col. Thomas Biggs, served in the Bombay Artillery in 1842 and was commissioned to document architectural and archaeological sites  of Western India in 1854 as the Government Photographer.