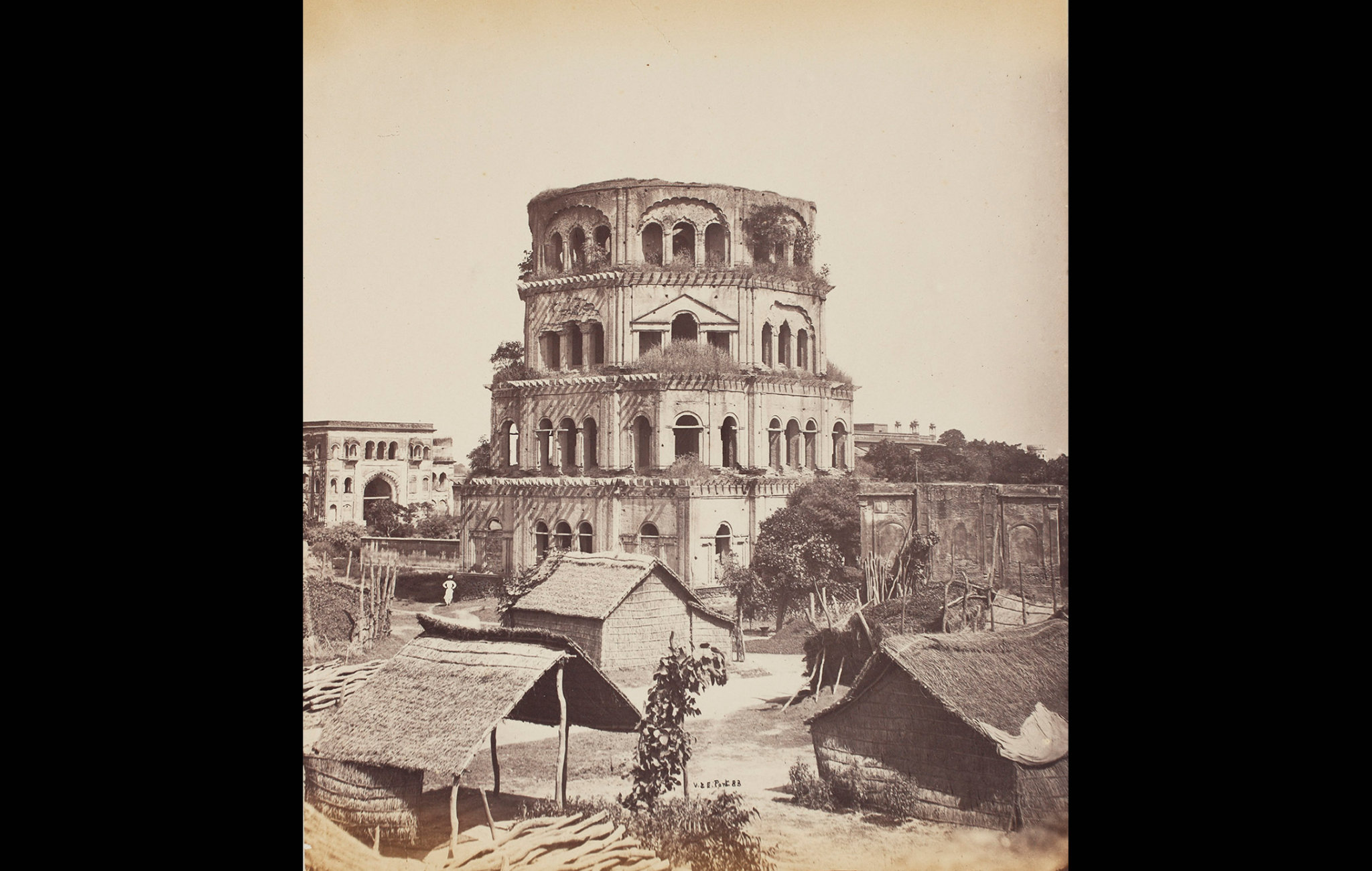 The word Satkhanda means seven-storeyed but this beautifully proportioned tower would never live up to its name as construction was halted at level 4. Nawab Muhammad Ali Shah commissioned the structure during his reign, which started in 1837 and went on till 1842. He built it as a watch-tower to provide a bird’s eye view of the old city area of Lucknow. The tower has many huge triple-arched windows and compartments. A flight of spiral steps leads to different storeys of the building.

This photograph dates between 1860 and 1870, when two British servicemen V & E Pont set up a photo studio in Calcutta. The city was then the capital of the Indian empire ruled by the English Crown as it was situated in the largest British principality, the Bengal Presidency. According to A Biographical Dictionary of 19th Century Photographers in South and South-East Asia by John Falconer (source: LuminousLint.com), V Pont was Superintendent of Works at the Calcutta jetties and E Pont was a clerk in the Locomotive Department of the East Indian Railway. They are best remembered for their photographic partnership, which captured many important monuments across the subcontinent. This photograph is from a lot titled ‘Pont, Clarke, and others – a collection of 28 photographs of India’—see more from the lot here.