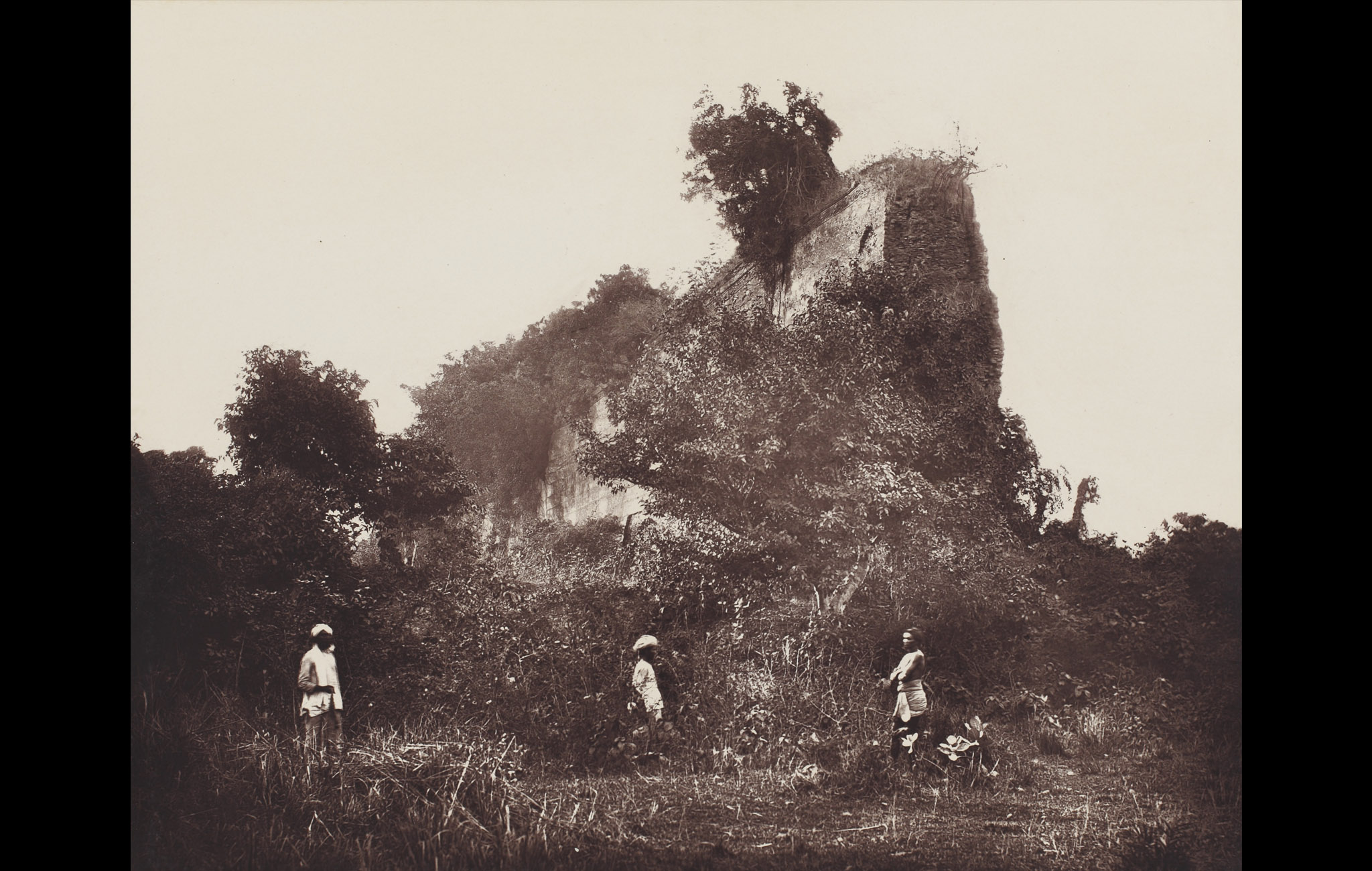 Named Baiz gazi possibly because it measured 22 Bengali gaz (yards) in height, these are the remains of the old palace enclosure located within the Fort of Gaur. The wall is said to have measured 700 yards in length from north to south and 230-300 yard in breadth, encircling the royal residence.

This photograph was published in Gaur: Its Ruins And Inscriptions by John Henry Ravenshaw in 1878. Ravenshaw was a Bengal civil service worker who was stationed as Magistrate and Collector at nearby Maldah. He had the opportunity to explore and photograph Gaur between 1865 and 1867. While Ravenshaw died in 1874, this volume of photographs and notes were arranged to be published thereafter by his widow, Caroline.