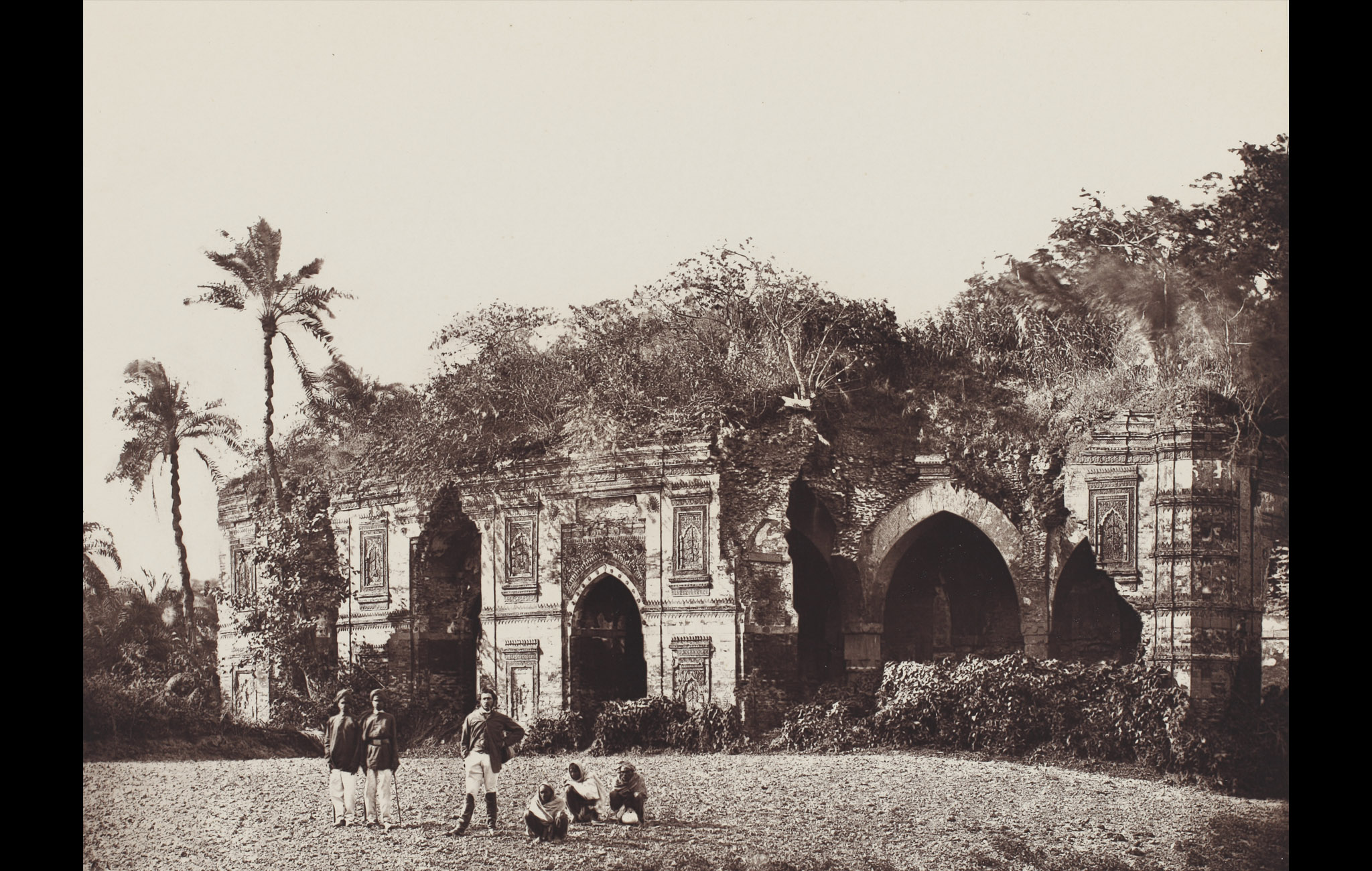 Tantipara, which means weavers quarters, is said to have been locally known as a mosque for Gaur’s weavers, a community essential to the city’s economy because of its location in a muslin-producing area. A brick building of uniform red and ornamented walls, the mosque is considered to have been erected in 1480.