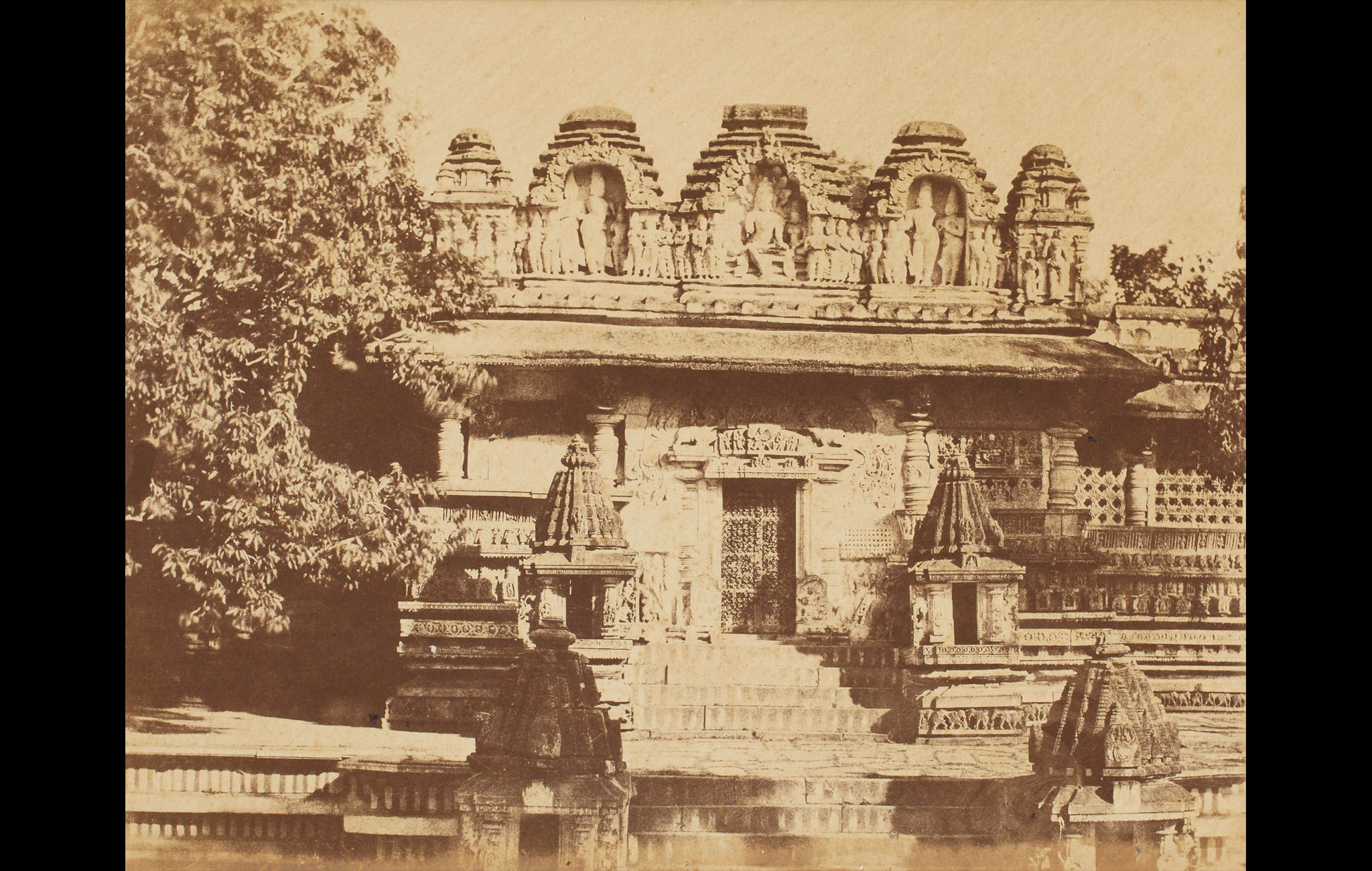 This photograph from the ‘Architecture in Dharwar and Mysore’ was taken by  Dr. A.C.B.Neill in 1856.

The temple identified here is the Chennakeshava temple in Belur, Karnataka. The photograph shows the entrance to the temple flanked by small subordinating shrines on either side of the stairway. The topmost structure consists of five devakoshtas (niches) with divinities inside.

The temple was built by Hoysala king Vishnuvardhana Ballala, who deemed victorious against the Chola Viceroy of Talakad, in 1117 AD. He laid the foundation of the temple to commemorate his victory and named it the Vijaya-Narayana (The Victorious Vishnu), and installed an image of Keshava (avatar of Vishnu) in the garbhagriha (sanctum sanctorum).

This Hoysala-style temple was originally constructed entirely of soapstone and comprised of a star shaped sanctum with intricately carved sculptures. It was built on a high platform with three —east , north, and south — entrances. Several succeeding kings contributed to the restoration and conservation of the temple, including rulers of Vijayanagara and Mysore.

The photographer, Dr. Andrew Charles Brisbane Neill, attended the Indian Medical Services from 1838 to 1858. He was a member of the Photographic Society of Bengal and had documented the architecture at Belur and Halebid. Neill was the third photographer to contribute prints to ‘Architecture of Mysore and Dharwar’. Working in the Mysore region in the mid-1850s, he may have accompanied Linnaeus Tripe, the Madras Government Photographer, on his photographic expeditions in South India. In 1885, his prints were exhibited at ‘Madras Industrial Exhibition of Raw products, Art, and Manufacture of South India’.