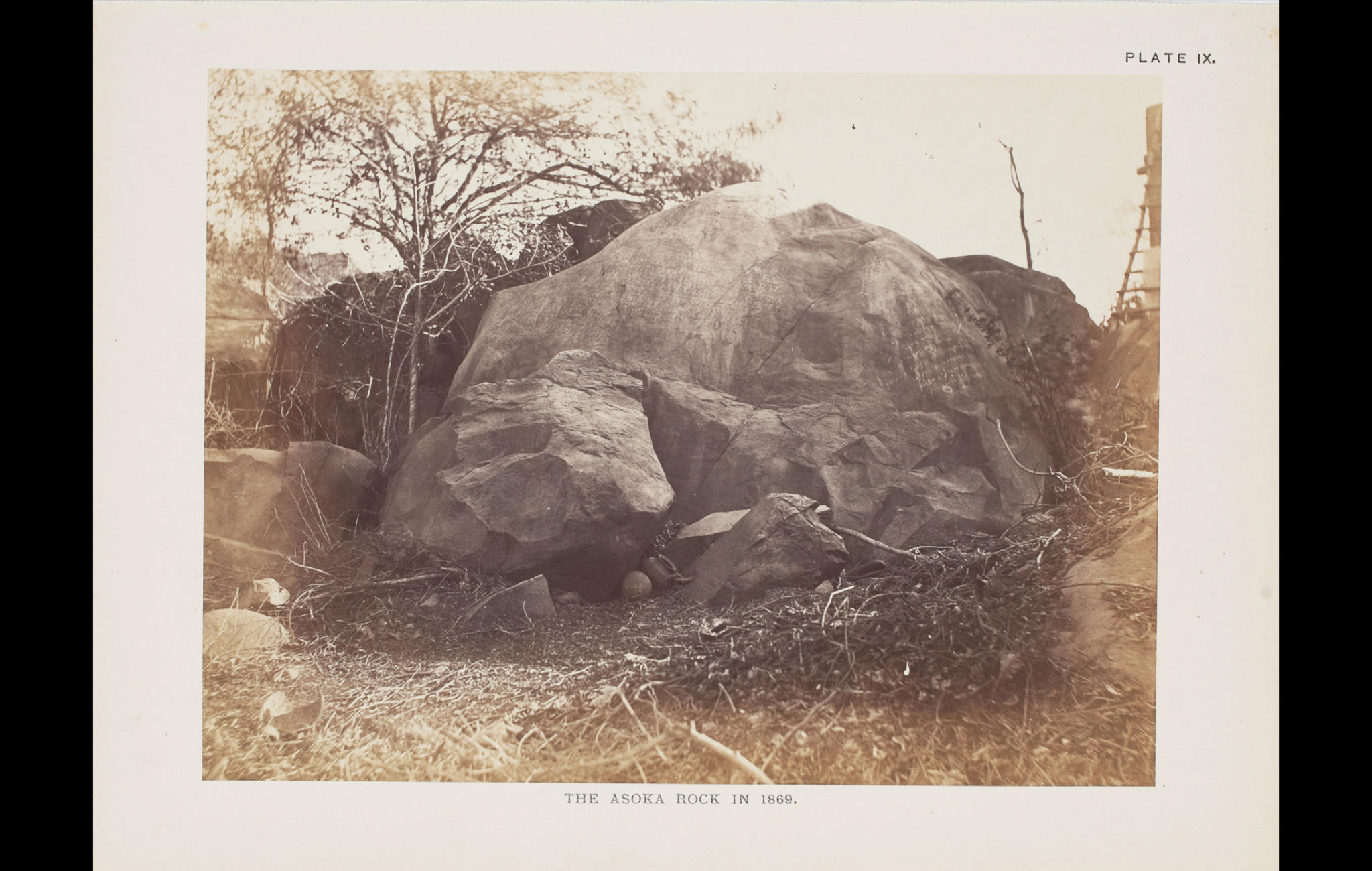 Pictured here is the Girnar Rock Edicts in Junagadh, Gujarat, photographed by D. H Sykes in 1869.

Located on the foothills of the Mount Girnar in Gujarat, the Girnar Rock Edicts, also known as the Junagadh Rock Inscriptions, are collections of 14 significant Prakrit edicts or inscriptions credited to Ashoka, the 3rd century Mauryan King. The Edicts address human and animal welfare, care for the learned, elderly, scholars, and communities, administrative changes for the people, tree planting, shelter, and medicinal herbs.

This rock also contains inscriptions from two other powerful kings. One belongs to the Western Kshatrapa ruler, Rudradaman I (c. 130 CE), on the restoration of a water reservoir. The other belongs to Gupta Emperor Skandagupta (5th century CE) on the repairs of Sudarshana Lake, among other things.