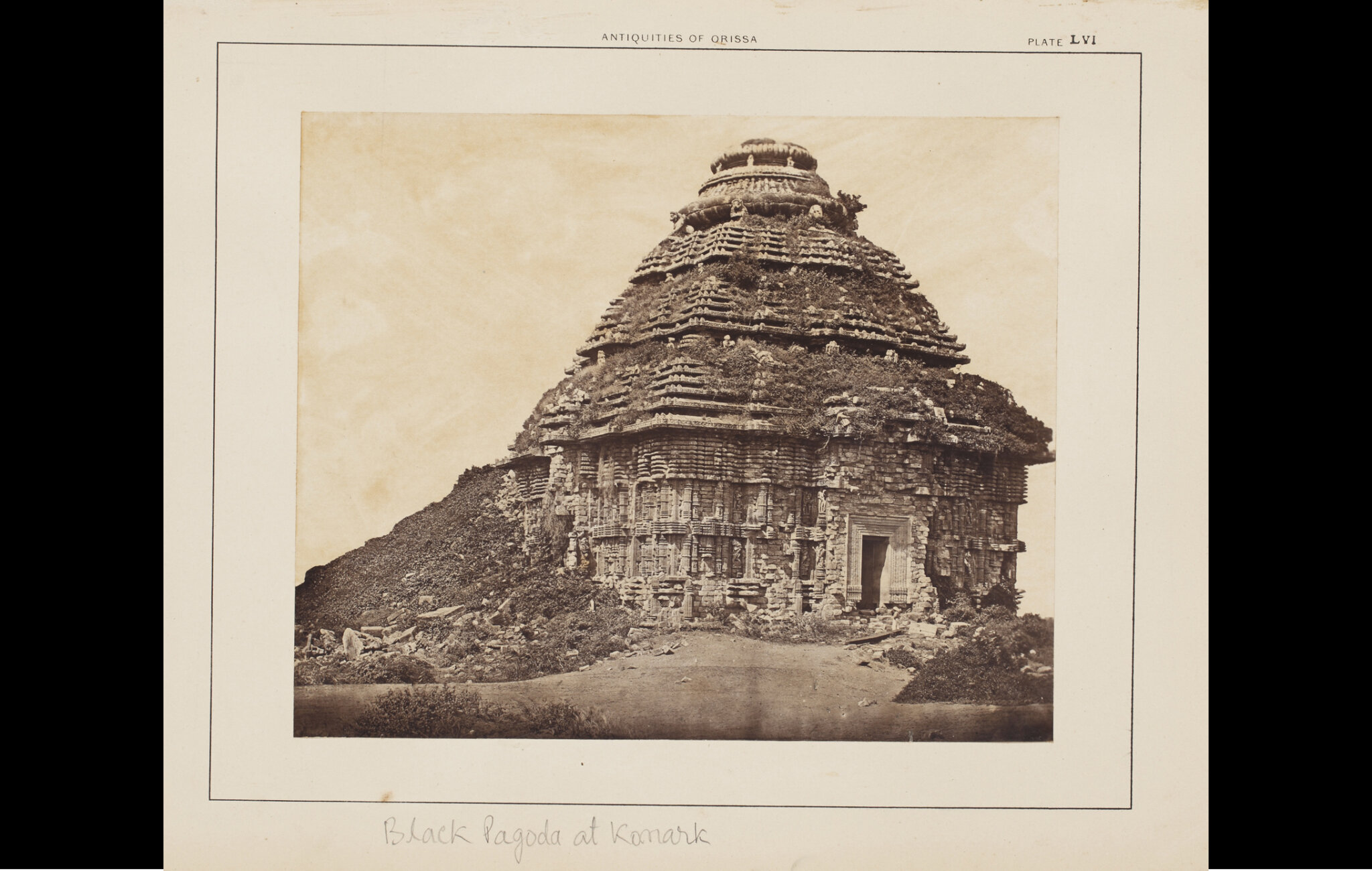 This photograph depicts the before-restoration ruins of the Sun temple at Konark, in Orissa. Once famous as the Black Pagoda, for the temple resembles the chariot of the Sun God, with 12 wheels and seven horses that represent the number of months in a year/zodiac signs and days in the week.

It was built by Mahasrama Narasimha Deva (AD 1238-1258 ) i.e. Raja Narasimha Dev I of the Ganga dynasty. While some argue that the temple was never completed, others believe that it collapsed due to environmental causes or invasion. By 1626 worship had ceased and the temple had already been deserted.

This print was published in the  ‘Antiquities of Orissa’ in 1878.