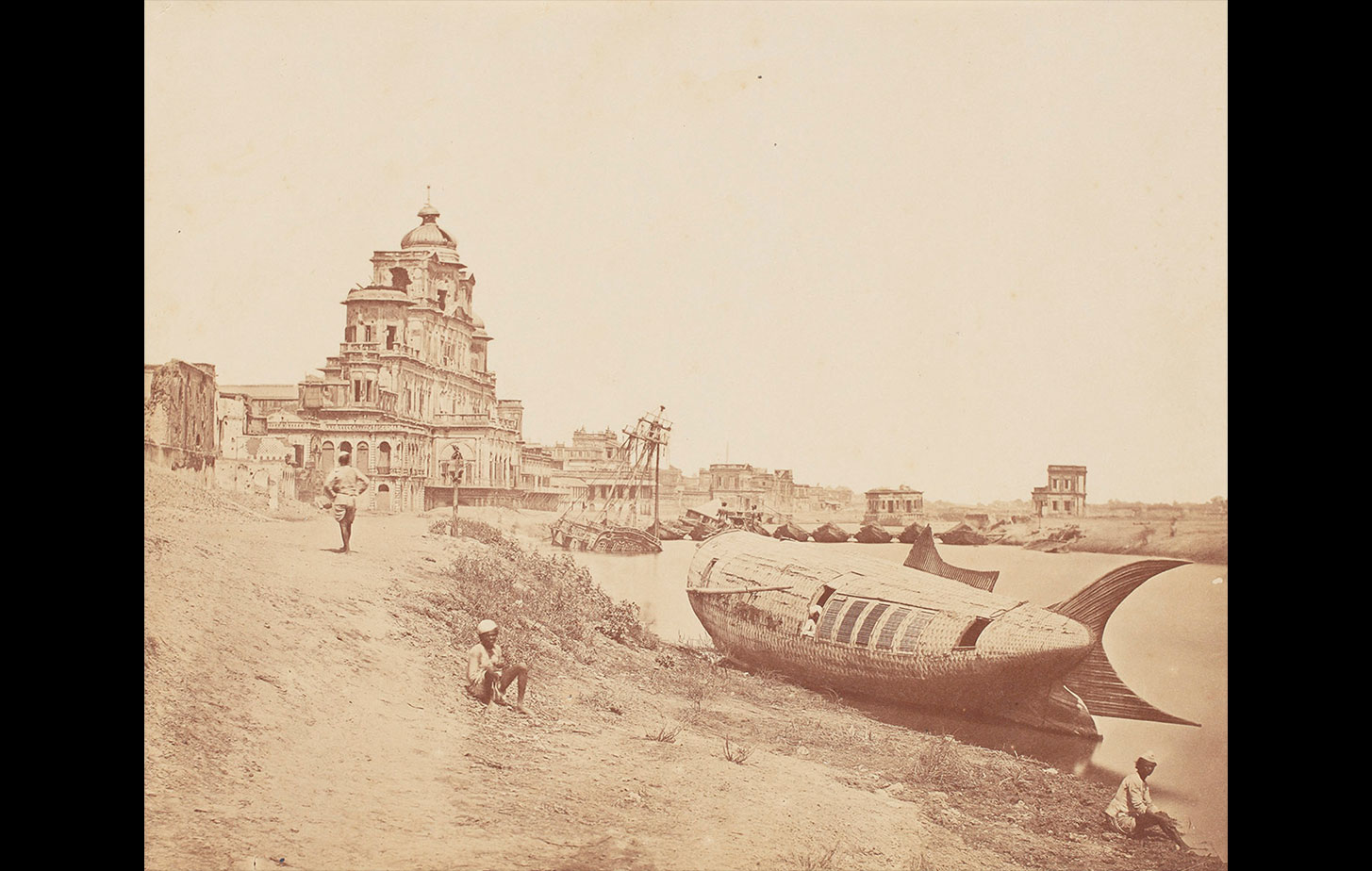 This unusual fish-shaped boat belonged to Wajid Ali Shah, the last Nawab of Awadh, who was forced out of his kingdom into exile by the British in 1856. After the Uprising of 1857, over which the British prevailed but just barely, the boat was sunk and this photograph staged to symbolically mark the end of the Nawab’s era. Looming behind the boat is the Chattar Manzil, constructed by the order of Nawab Ghazi-ud-Din Haidar Shah who reigned from 1818 to 1827. The Chattar Manzil consisted of the Bari Manzil and Choti Manzil. Today, only the Bari (large) Manzil remains. A portion of it was destroyed by the British during the Uprising of 1857. The building is an excellent example of the Indo-European Awadh style of architecture, even with all the changes it has seen. It was named for the chattris or umbrella-style domes on the pavilions that crown the building. The Bara Chattar Manzil now houses the offices of the Central Drug Research Institute.

Felice Beato was one of the first war photographers in the world. His work was largely specific to South and East Asia and produced images from different battlefields. He captured the aftermath of the Indian Uprising of 1857, in partnership with his brother James Robertson. He captured images from the Second Opium War in China in the 1860s and the Sudanese Colonial War in 1885, creating the largest body of work in photojournalism at the time. Beato spent a considerable amount of time in Japan, where he taught photography as well. He settled in Burma, present-day Myanmar, for the remainder of his life.

The Chattar Manzil Palace and the Royal Boat of Oude