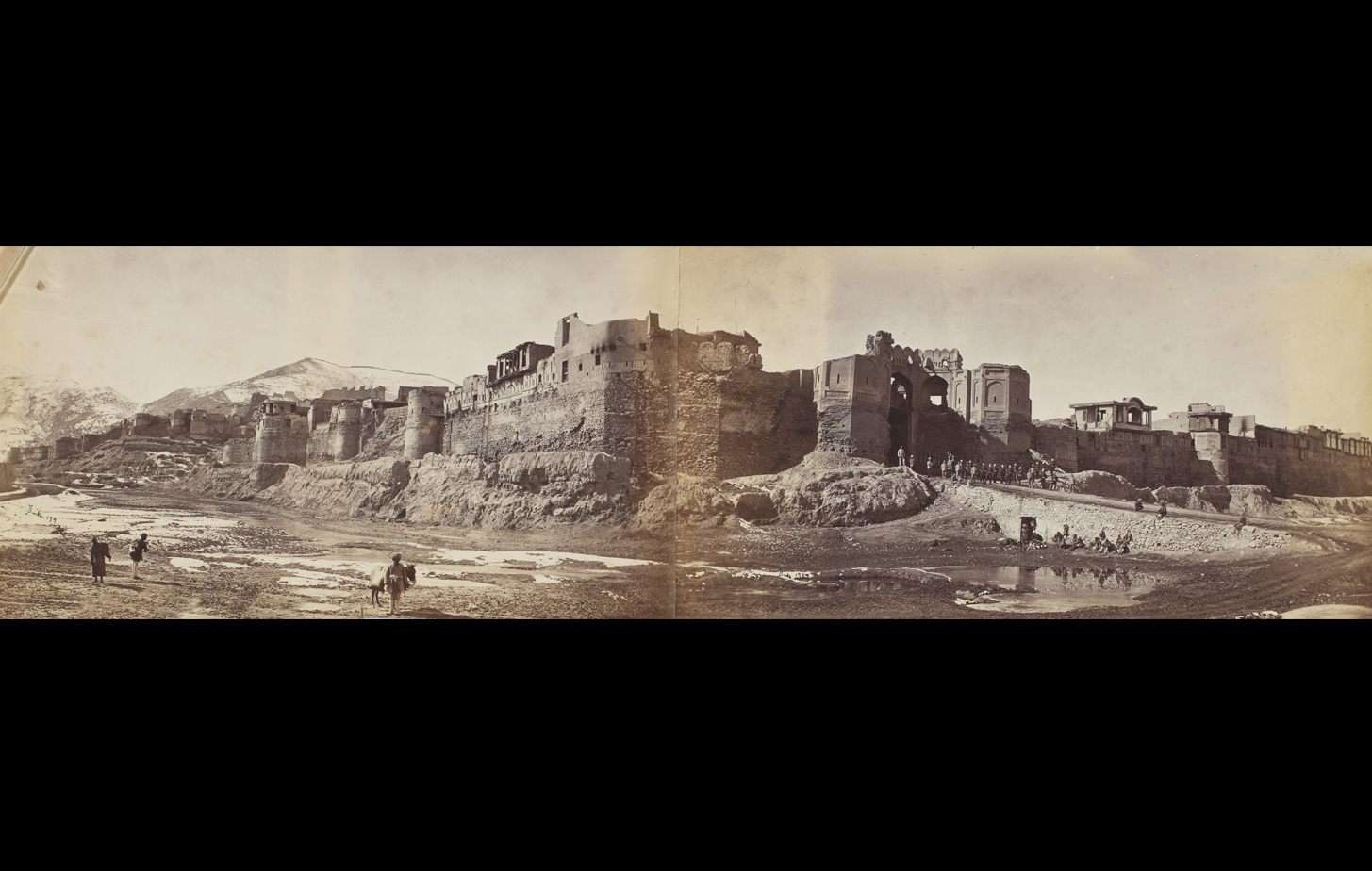 John Burke was an Irish photographer who took some of the earliest photos ever of Afghanistan. Employed as a tradesman in his homeland, he applied to the British Army to work as an official photographer; he’s best known for his work during the second Anglo-Afghan war. Later, he travelled to Afghanistan at his own expense, toiling hard through the mountainous regions with a wooden field camera and a long trail of servants, who toiled even harder carrying his photo-production equipment. The method that Burke used to develop his photographs was called the wet-collodion process, and it was a highly laborious and expensive ordeal involving glass-negatives. Using such implements, he shot landscapes, battlefields, archaeological sites, street scenes and portraits of British officers.

The Fort of Bala Hissar, Kabul