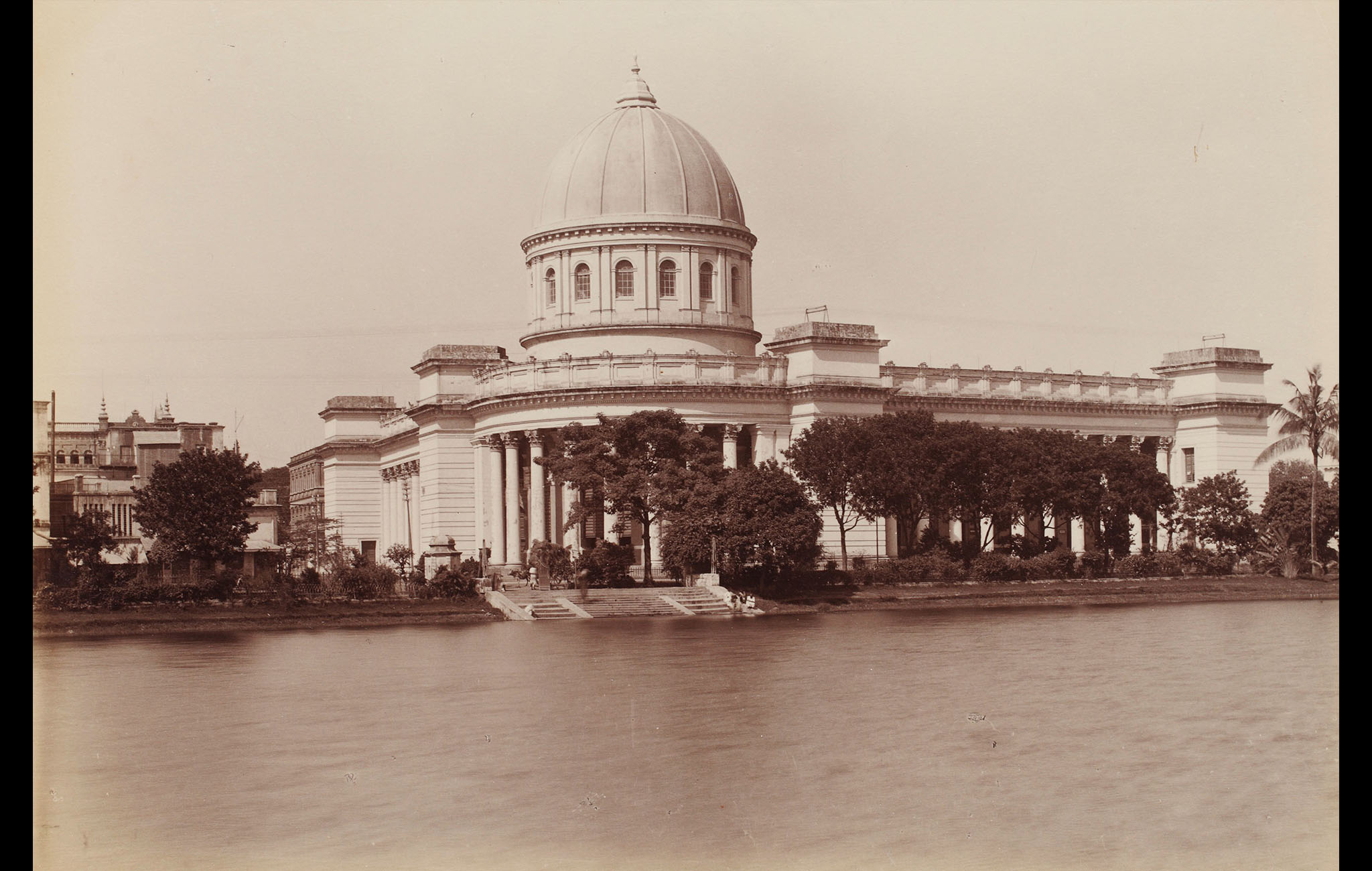 In this picture, the General Post Office of Calcutta with its conspicuous lantern topped dome and facade supported by Corinthian pillars is seen overseeing the tank square in the foreground, known as Lal Dighi today.

In 1766, Robert Clive introduced a system where zamindars and landholders were held responsible for the supply of runners to carry mail along various routes. During the occupation of the EIC, every province had distinct laws around postal services and varying postage rates. There were no postage stamps and therefore, rates were charged according to distance. In large military stations in British India, a qualified military officer was often given the postmaster’s job.

After the introduction of the Post Office Act in 1854, the post office became an imperial department and was supported under the leadership of the Director-General. This secured standardized postage rates and introduced postage stamps.

The General Post Office of Calcutta was built on the site of the old Fort William. This grand neo-classical building was designed by Mr Walter L. B Granville, Architect to the Government of India, who also designed the Calcutta High Court and the Indian Museum. The construction of the Post Office commenced in 1864 at the cost of Rs 6,30,000, and the building was made open to the public on 2 October 1868.

To read more on the Bengal Presidency and Calcutta click here