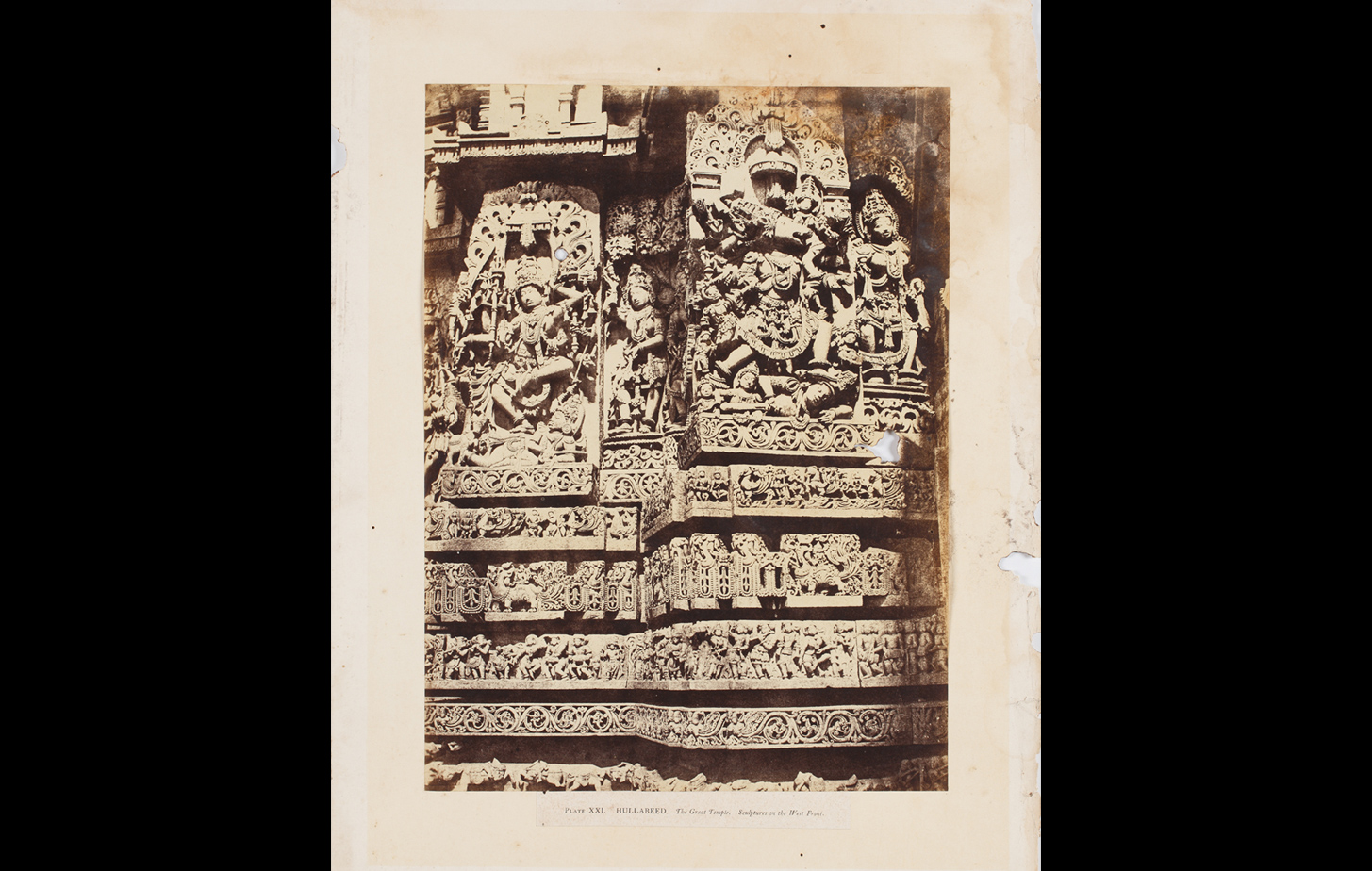 Halebid (ancient Dwarasamudra), a small town in the Hassan district, was once the capital of the Hoysala dynasty of the southern Deccan which flourished from the 12th to the 14th Century. Invasions by armies of the Delhi Sultanate led to its decline by the mid-14th Century. The Hoysalas were prolific temple builders and the site is renowned for the remnants of architecture and sculpture fashioned out of the chloritic schist in the region. These temples are characterized by several bands of horizontal mouldings and five of these are visible depicting from bottom up ? foliate patterns, bands of musicians, makaras and other mythical creatures, birds and musicians and finally the larger sculptural panels of the Gods. Inscription “Photographs by Dr. William Henry Pigou, Dr. Andrew C. Neill and Col. Thomas Biggs with an historical and descriptive memoir by Colonel Meadows Taylor and architectural notes by James Fergusson” (India)

The Great Temple at Hullabeed

Plate XXI. Sculptures on the west front of the the Great Temple at Hullabeed from the album "Architecture in Dharwar and Mysore", Published by John Murray, London