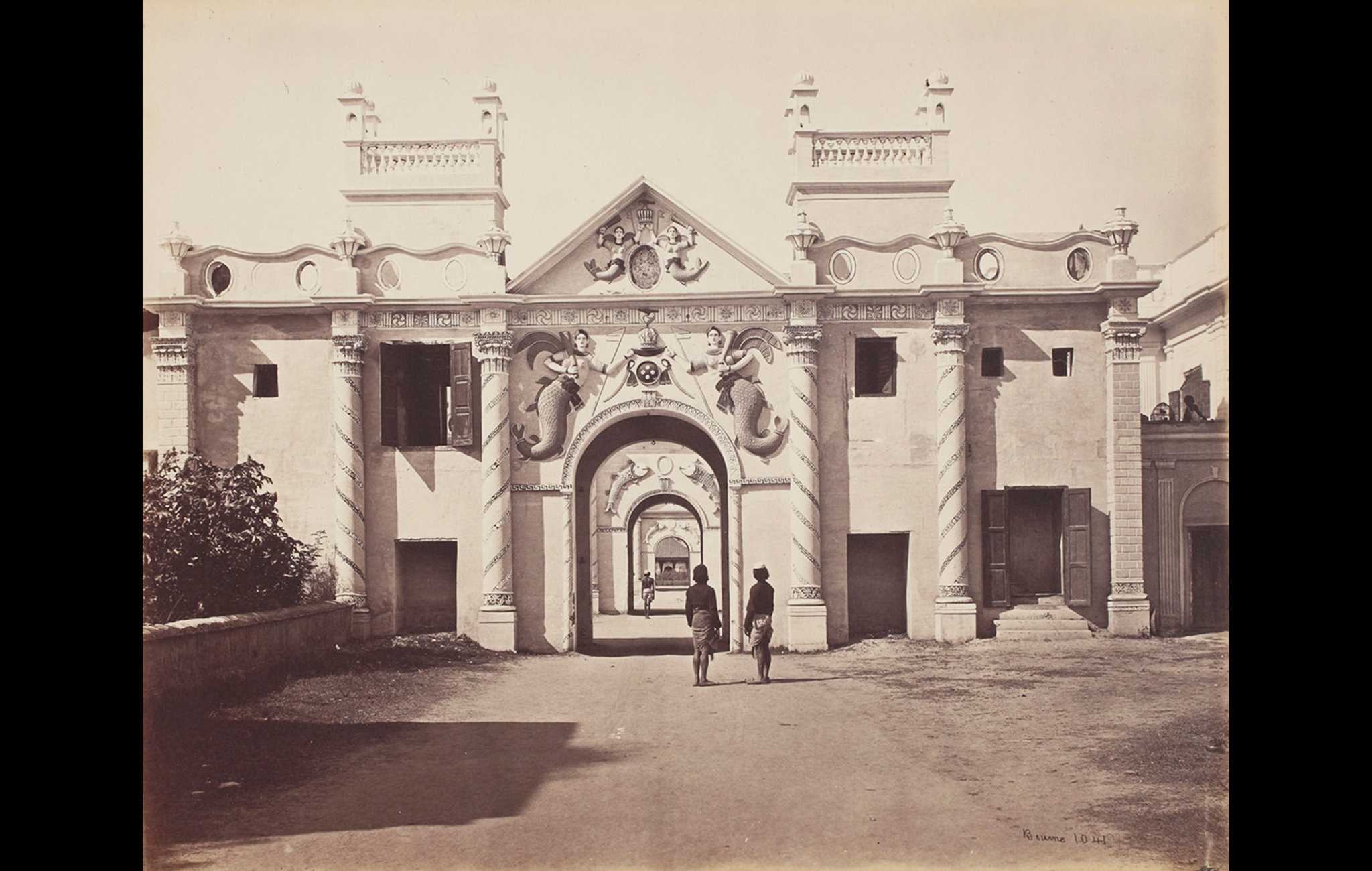 Historically, Qaiserbagh or the king’s garden, comprised of a range of palaces to accommodate the Nawab of Awadh and his zenana. The last ruler of awadh, Wajid Ali Shah (r.1847-1856), began the building of this palace a year after his succession and it was finished in 1850. The King’s mission was to make Qaisarbagh the world’s eighth wonder. Spread across a massive area, the bagh has several gates, like the Jilakhanam, which was used for royal processions, the Mermaid gateway, seen here, that led to Chini Bagh, which was adorned with Chinese vases and antiquities, and the Lakhi Gates on the east and the west, named for how much they cost to build, ie a lakh rupees each. Qaisarbagh was used by Indian rebels during the Uprising of 1857 as a formidable fortresses. It was extensively damaged during and after the Uprising.

Samuel Bourne was a banker with itchy feet. Paintings of India so enamoured him that he quit his job in Nottingham and arrived in Calcutta in 1863. Now regarded as one of the earliest travel photographers in the world, Bourne started exploring Indian landscapes in the hills of Shimla and spent months in Kashmir, returning with incredibly detailed images of the Himalayas and Gangotri glacier. He and fellow photographer Charles Shepherd set up a photo studio in Calcutta, which was in business till as recently as 2016.