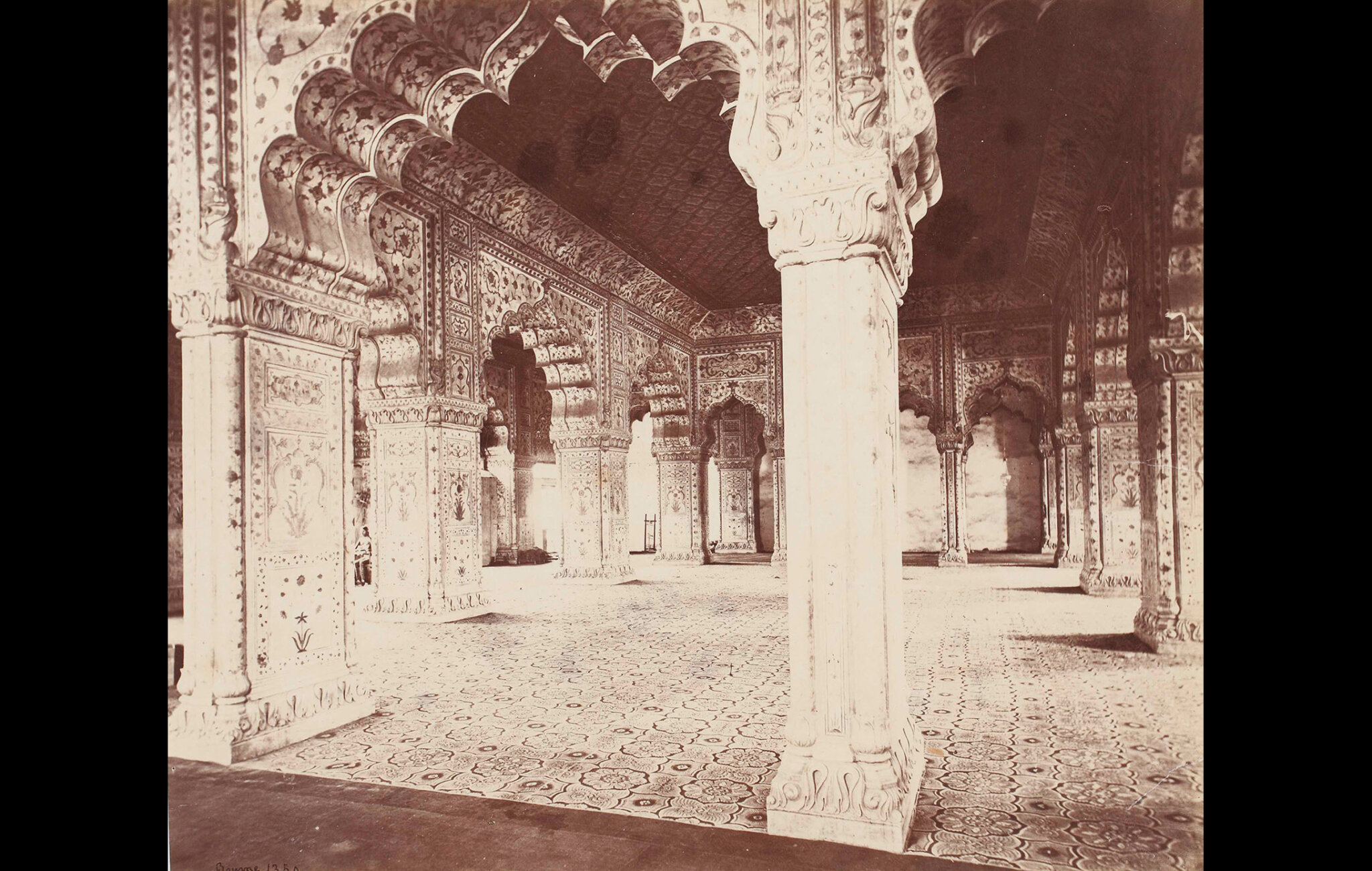 The Diwan-e-Khas is inside the Red Fort, which was built between 1639 and 1648 CE by the Mughal emperor Shah Jahan at his newly minted capital, Shahjahanabad. With its white marble pavilions inlaid with precious gemstones, Diwan-e-Khas was reserved for meetings between the Emperor and courtiers, government officials and foreign dignitaries. The famous Peacock Throne once stood here.

Samuel Bourne was a banker with itchy feet. Paintings of India so enamoured him that he quit his job in Nottingham and arrived in Calcutta in 1863. Now regarded as one of the earliest travel photographers in the world, Bourne started exploring Indian landscapes in the hills of Shimla and spent months in Kashmir, returning with incredibly detailed images of the Himalayas and Gangotri glacier. He and fellow photographer Charles Shepherd set up studios across the country. Established first in 1863, Bourne and Shepherd was the most successful commercial firm in late 19th and early 20th century India, with outlets primarily based in Shimla, Calcutta and Bombay. In Calcutta, the studio was in business till as recently as 2016.

The Palace interior of the Dewan-i-Khas, Delhi