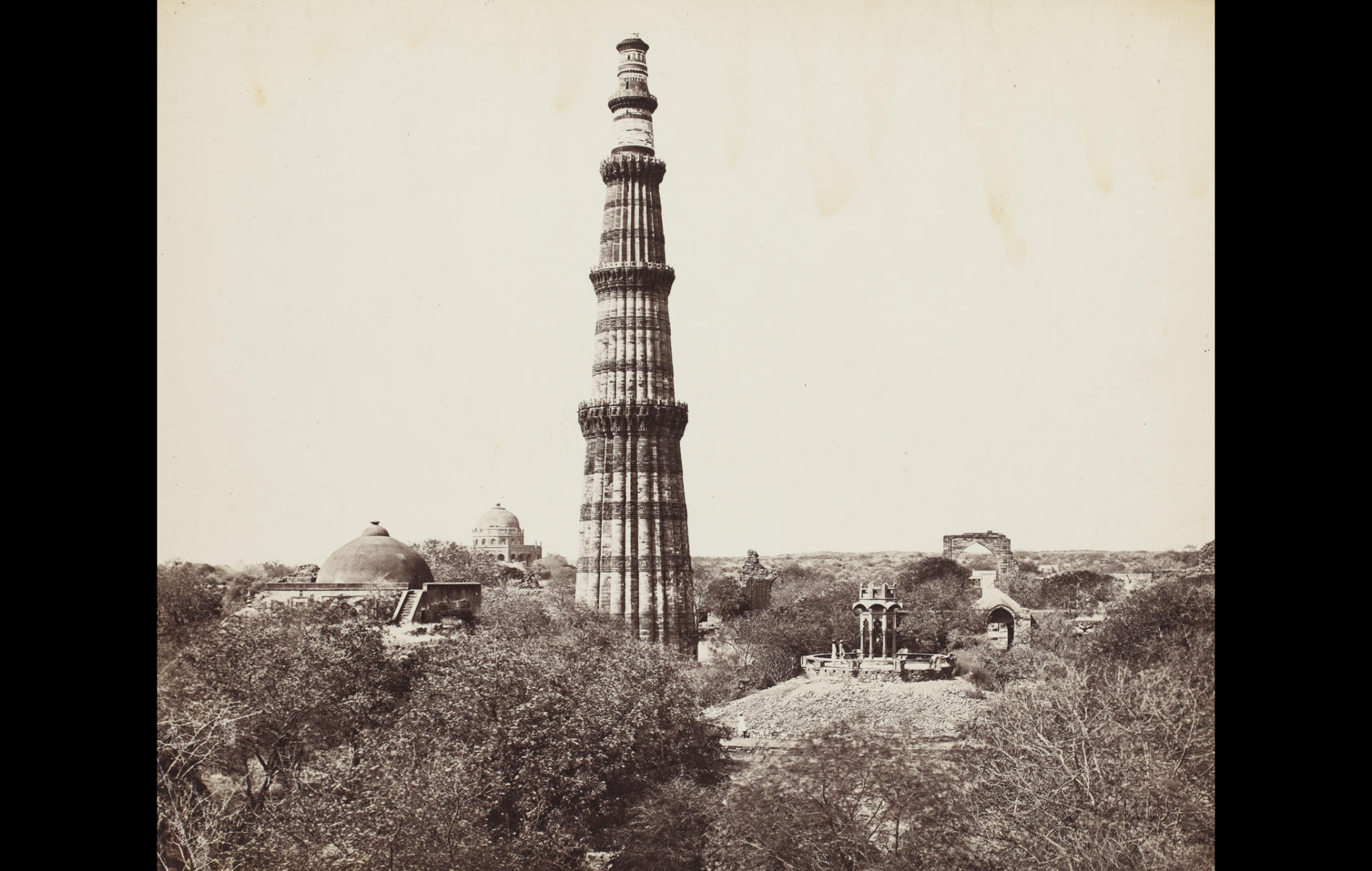 Pictured here is the 239-foot Qutub Minar, the highest brick minaret in the world.

Construction on this iconic tower of victory was begun by Qutb-ud-Din Aibak (r.1206-1210), the first Sultan of Delhi and founder of the Slave Dynasty, and later continued by Shams-ud-Din Iltutmish (r.1211-1236). Accompanying the adjacent Quwwat-ul-Islam Masjid, the minaret rises in five tapering storeys, the lower three of which are primarily made of red sandstone and the highest two of marble.

This photograph was taken by Samuel Bourn, a Nottingham bank clerk with a passion for photography. In 1863 he arrived in India and remained here for seven years. He is famous for travelling extensively in the western Himalayas, photographing these landscapes. His photographs are regarded as the most beautiful and scenic ever produced by a single photographer. He later partnered with Charles Shepherd and opened a Photographic studio called Bourne and Shepherd in Shimla (1863), Calcutta (1869), Delhi (1869) and Bombay (1870).