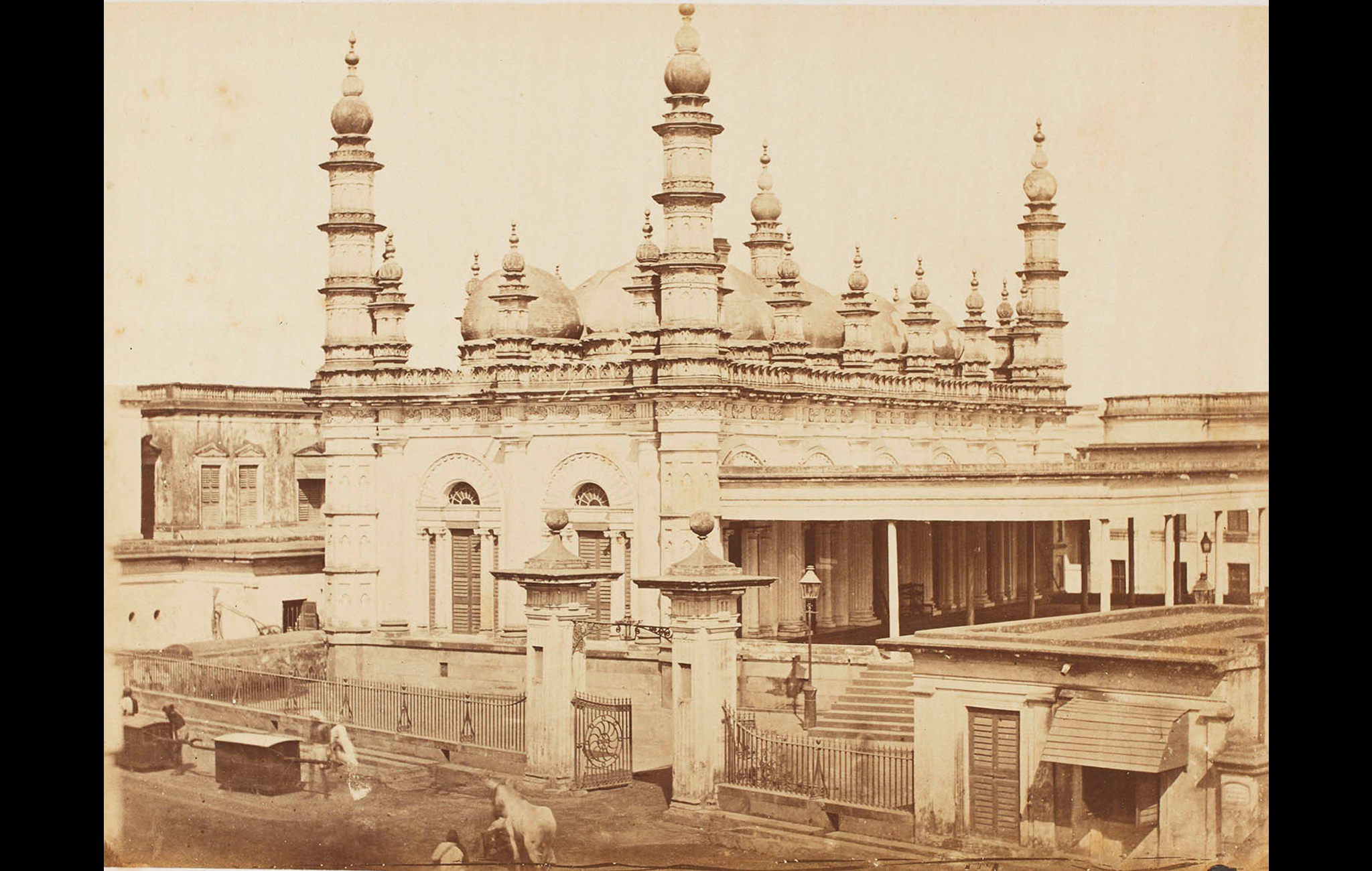 This photograph shows the Tipu Sultan Mosque in Calcutta.

For several years in the 18th century, Tipu Sultan fought the East India Company’s formidable imperial policies with the help of his French alliance. He died in 1799, during the fourth and final Anglo-Mysore War that resulted in the fall of Seringapatam.

After defeat in 1798, Tipu Sultan’s family was voluntarily subjected to British captivity. His three begums, twelve princes, two princesses, and an extended retinue of over three hundred were banished to Vellore where they stayed for six years. Later they were sent off to Calcutta as a result of their participation in the 1806 mutiny in Vellore.

The family lived in the Calcutta neighbourhood of Tollygunge. The family preserved finances through judicial savings and stipends, and finally bought the land on which they had settled.

Prince Ghulam Mohammad Anwar Shah, the eleventh son of Tipu Sultan, is credited with building the Tipu Sultan Mosque or the Dharamtolla Mosque situated next to the Statesman House on Dharmatala Street near Chowringhee. An inscription on the mosques states that it was ‘erected by Mohammad in 1842.’ He is also credited with having built a mosque in Tollygunge where the family once resided.

Tipu’s family’s contributions to the Islamic architecture of Calcutta include around 13 mosques. These mosques have most of their plans divided into two aisles, crowned with six domes and tall corner towers, and show a rich influence of classical architecture – rounded arches and ionic columns, and the typical British shuttered doors.

To know more about the Tiger of Mysore, click here.