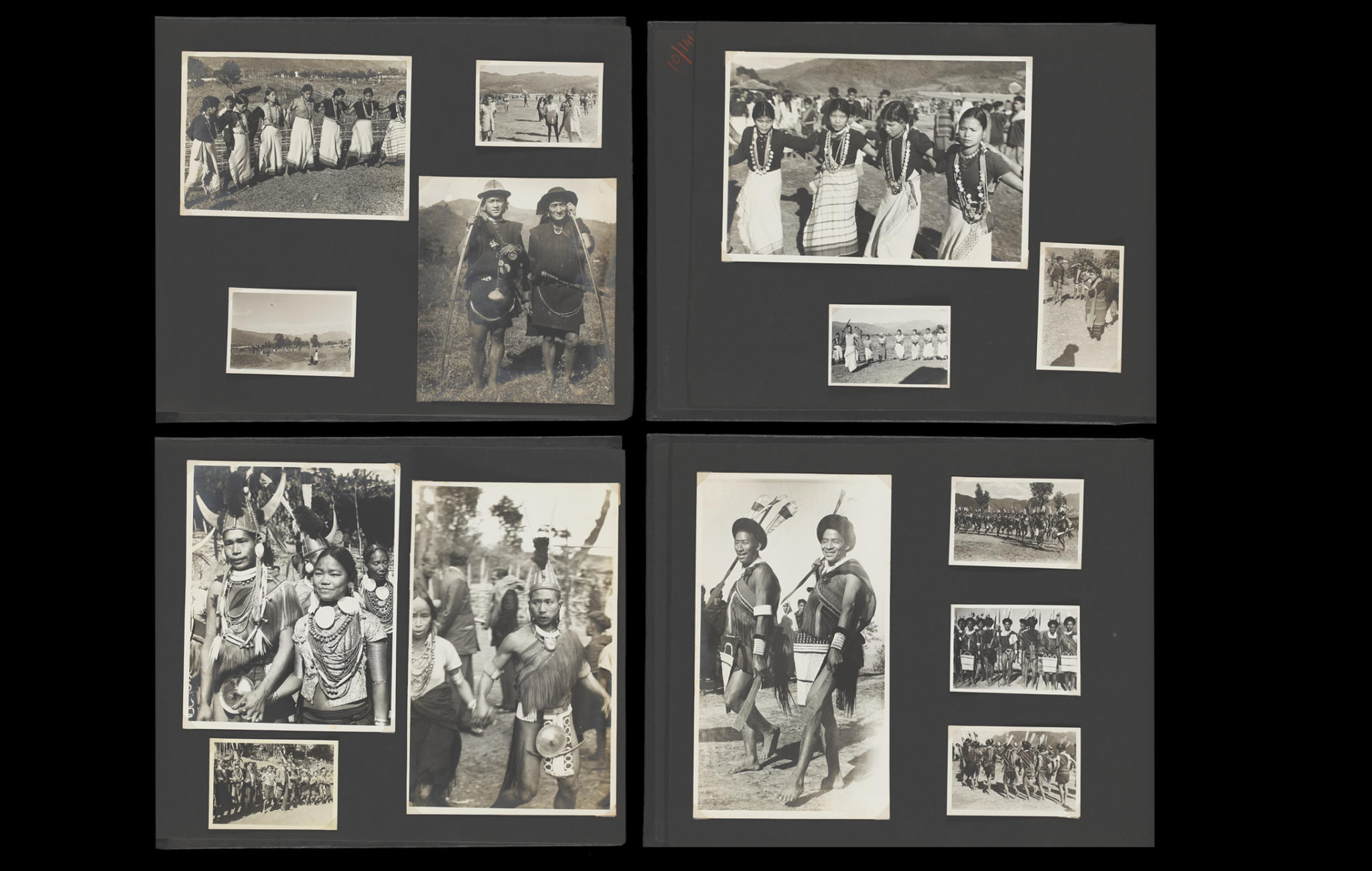 Acquired from the collection of the late BG Verghese, former editor of the Hindustan Times in the early Seventies, this album features a collection of photographs from Tuensang Village, in eastern Nagaland and bordering Myanmar. It shows members of the Sumi tribe, along with those of other unidentified tribes celebrating Tuluni festival. The Sumis are one of the major tribes in Nagaland and are recognised among India’s scheduled tribes.

Geographically, they are spread across central and southern regions of Nagaland and some parts of Assam. Like other Naga tribes, the Sumis were headhunters and animists, meaning they worship nature. After the arrival of Baptist missionaries in the 20th century, the Sumis became predominantly Christian; very few of them continue to practice animism. Celebrated in July to mark the completion of the farming season, the festival runs for a period of seven days.

One of the main rituals of the festival and the reason for its name is the offering of homemade rice beer called Tuluni to Litsaba, the deity who protects crops and ensures a good harvest. The festival is also known by the name Anni, which means ‘a period of plenteous harvests’. Other celebratory rituals include a feast as well as traditional song, dance and sporting contests The Sumis also consider it auspicious to arrange the marriage of young couples at the time of the Tuluni festival.