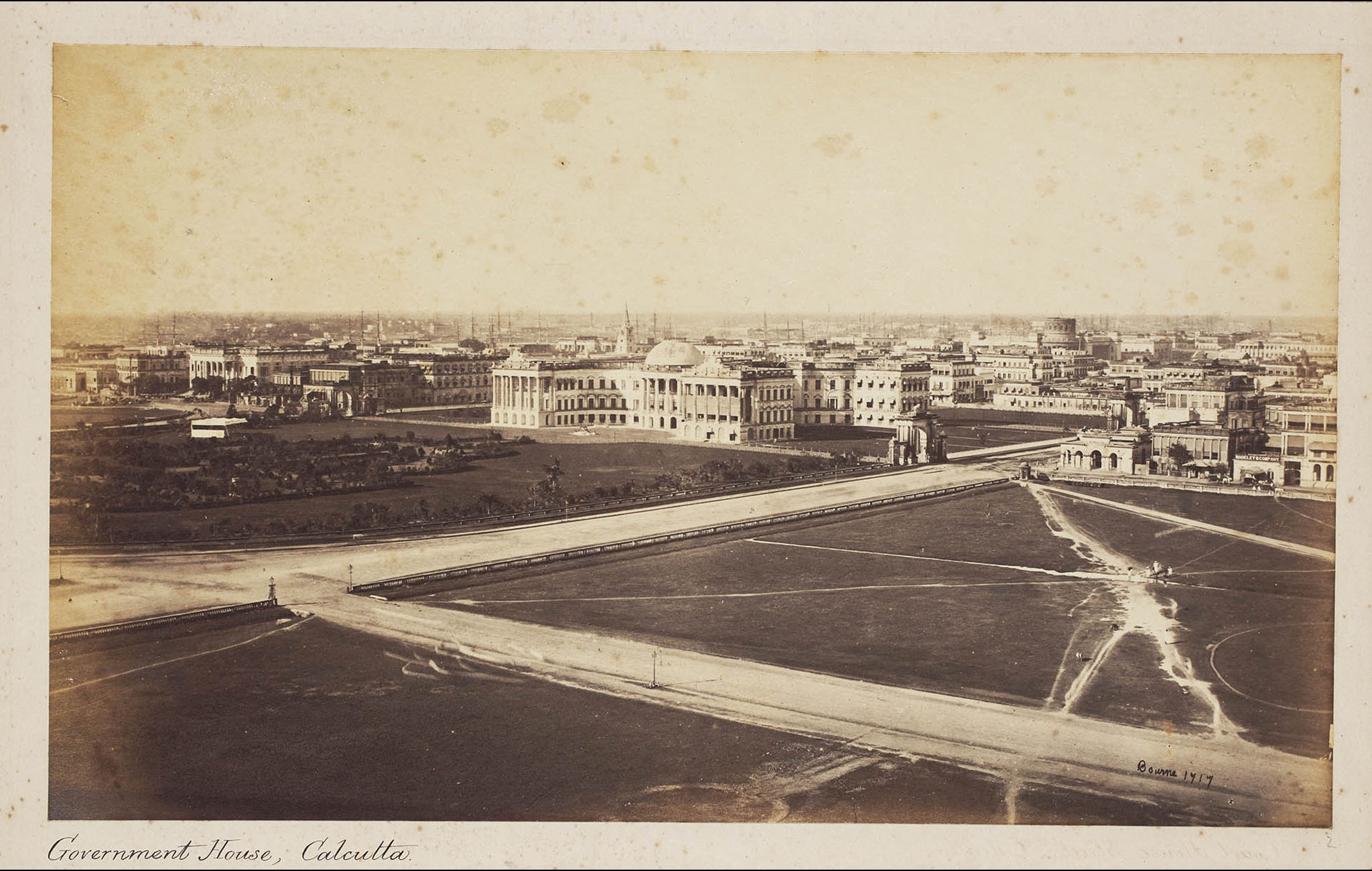 This view looks north-west from the Ochterlony Monument across the maidan towards the Government House and building along the Esplanade row. The image also captures other important buildings partly visible in the background, such as the General Post Office, the Writers’ Building, and St. John’s Church.

In the 1760s, the establishing years of the East India Company, spending on construction in the colonies was seen as a waste of money. However, the Governor-general and other officials were usually housed in rented houses in Calcutta, and the Government House was proposed as an option to save money on rent. Wellesley began the project without the permission of the Court of Directors in London, and he was partly recalled because the expense was considered too significant and unnecessary by the East India Company.

The Government House was built between 1799 and 1803 as the official residence of the Governor of Fort William, the 1st Marquess Wellesley, and remained the residence of the British Governors-General till 1911.

Samuel Bourne took this photograph in the 1860s. He was a banker with itchy feet. Paintings of India so enamoured him that he quit his job in Nottingham and arrived in Calcutta in 1863. Now regarded as one of the earliest travel photographers in the world, Bourne started exploring Indian landscapes in the hills of Shimla and spent months in Kashmir, returning with incredibly detailed images of the Himalayas and Gangotri glacier. He and fellow photographer, Charles Shepherd, set up studios across the country. Established first in 1863, Bourne and Shepherd was the most successful commercial firm in late 19th and early 20th century India, with outlets primarily based in Shimla, Calcutta and Bombay. In Calcutta, the studio was in business till as recently as 2016.