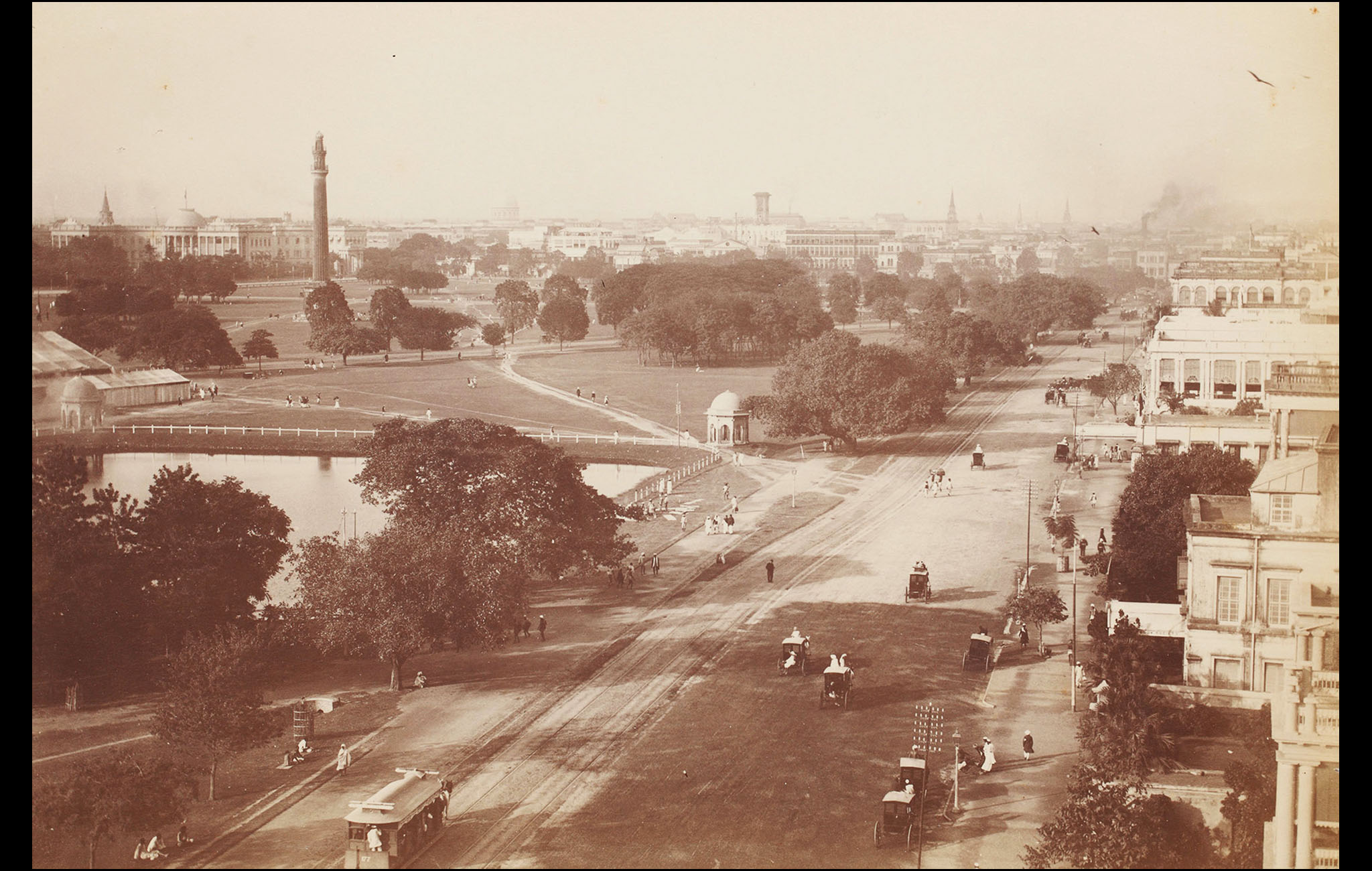 This picture shows the north side of the vast open space, known as the Maidan, in the centre of Calcutta, bordered by Chowringhee Road.

The Maidan is surrounded by the city’s main public buildings, such as the Government House, on the far left behind the Ochterlony Monument, now called the Shahid Minar.

Open spaces were an essential and integral part of European towns. Like Hyde Park in London or Champs Elysee and the Seine riverfront in Paris, for Calcutta, it was the Maidan that was made to serve as this uncluttered space around which life revolved. It was a space that hosted public events; from circus shows, operatic performances to bioscopes. The Maidan was also a place where hot air balloons were launched which distributed pamphlets for advertising.

Chowringhee Road was one of the Maidan’s major streets, and one of Calcutta ‘s broadest avenues. It was almost two miles in length and about eighty feet in width, with houses on one side only, facing the Maidan separating it from the water.

View of the Maidan, Calcutta