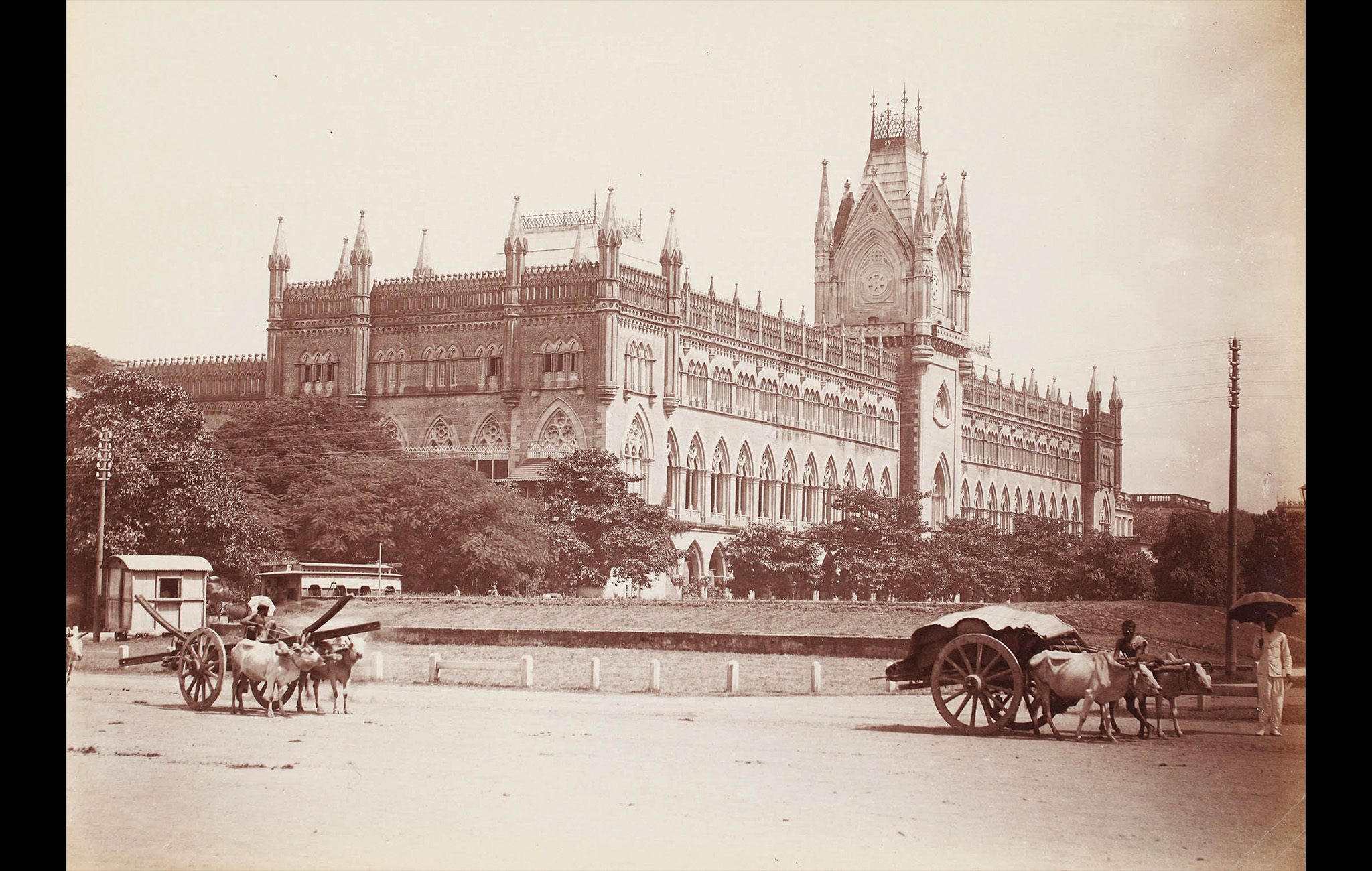 This picture shows the Calcutta High Court building on West Esplanade Row, as seen from across the street.

In 1726 the East India Company created the Mayor’s Court, which was a court of record, to settle civil disputes. Consequently, English criminal law was also adopted and quarterly meetings were held by the Governor and five senior Council members.

The dissolution of the East India Company in 1857 and the subsequent administrative shift in the control of British India allowed for a revision of the prevailing judicial system. The Parliament passed the Indian High Courts Act in 1861, and this led to the establishment of high courts in three Presidency centres – Calcutta, Bombay and Madras.

The High Court, a building in Gothic style, was designed by Walter LB Granville based on the Cloth Hall of Ypres in Belgium. Granville is also credited for designing the General Post Office as well as the Indian Museum. The foundation stone of the building was laid on March 1864, and the construction was completed in May 1872. One of the striking features of this building is its central tower dressed in red brick and stucco work.

To read more on the Bengal Presidency and Calcutta click here

View of the High Court, Calcutta