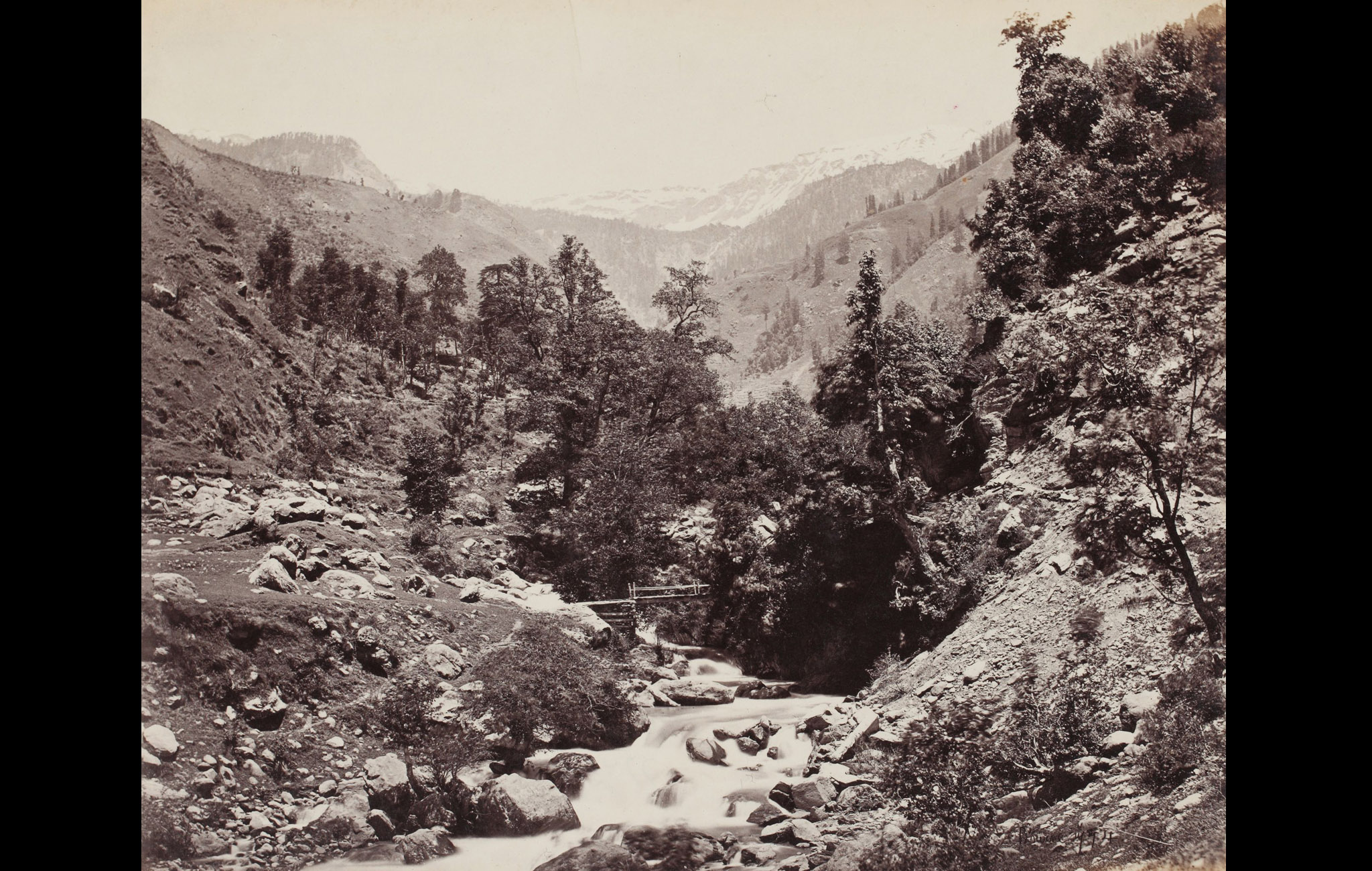 This photograph of a river and a snow-clad mountain range in the background near Budrawar, a town four days from Chamba, was taken by Samuel Bourne. Bourne halted here for a day during his second major expedition to Kashmir and adjacent districts in 1864.

Reflecting on his encounters with the residents of Budrawar, he wrote “I went into the town to take a view of it, and before I had well got to work nearly every man, woman, and child in the place had come out to see what the mysterious stanger was about. Mine was, no doubt, the first camera that had ever been seen in Budrawar…….” (Bourne, 1886)

In 1864, Samuel Bourne embarked on a nine-month long expedition to Kashmir and its adjacent districts accompanied by forty two helpers, personal staff and six palanquin bearers. Starting from Lahore on 17 March 1964, Bourne journeyed through the north and halting in Kangra, Bijnath, Dharamshala, Dalhousie, and Chamba before reaching Budrawar a small village in the Chamba district.

View of the Kashmir Road, near Budrawar