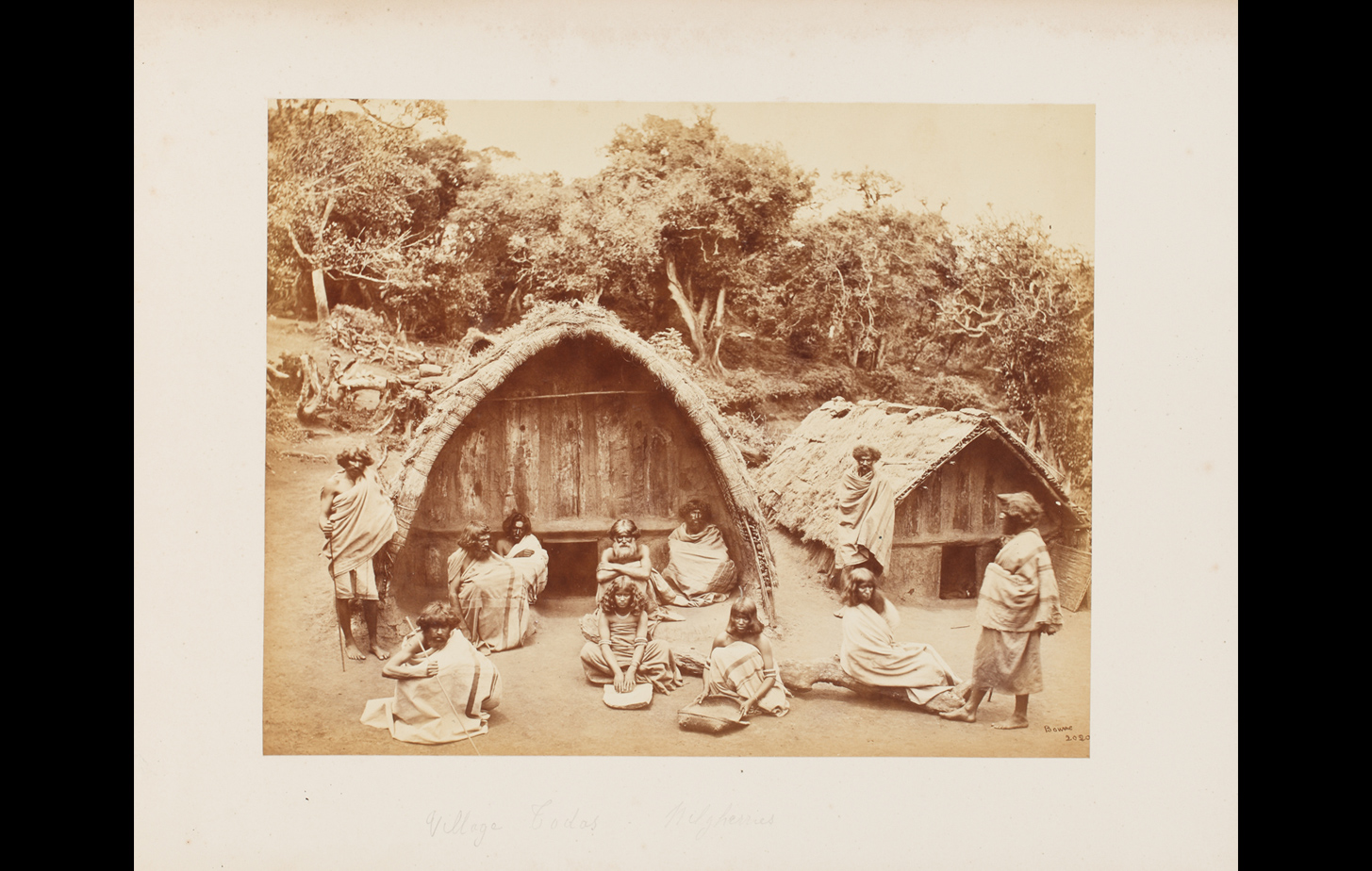 This photograph was taken by Samuel Bourne  of the distinctive huts of a Toda Mund (village) at Ootacamund in the Nilgiri Hills of Tamil Nadu. Traditionally pastoralist, the Todas in the past lived in thatched houses spread over the slopes of the Nilgiris.

This picture is one of many examples of ethnographic photographs captured at the end of the 19th century. One of the factors behind the flourishing of ethnographic documentation in the Indian subcontinent was a growing desire among the British to validate and consolidate imperial control by creating exhaustive visual records of the unknown land they occupied. Naturally, the British started to use photography to gather ethnographic data like that on races, castes and communities to understand the ethnic diversity of the subcontinent better.