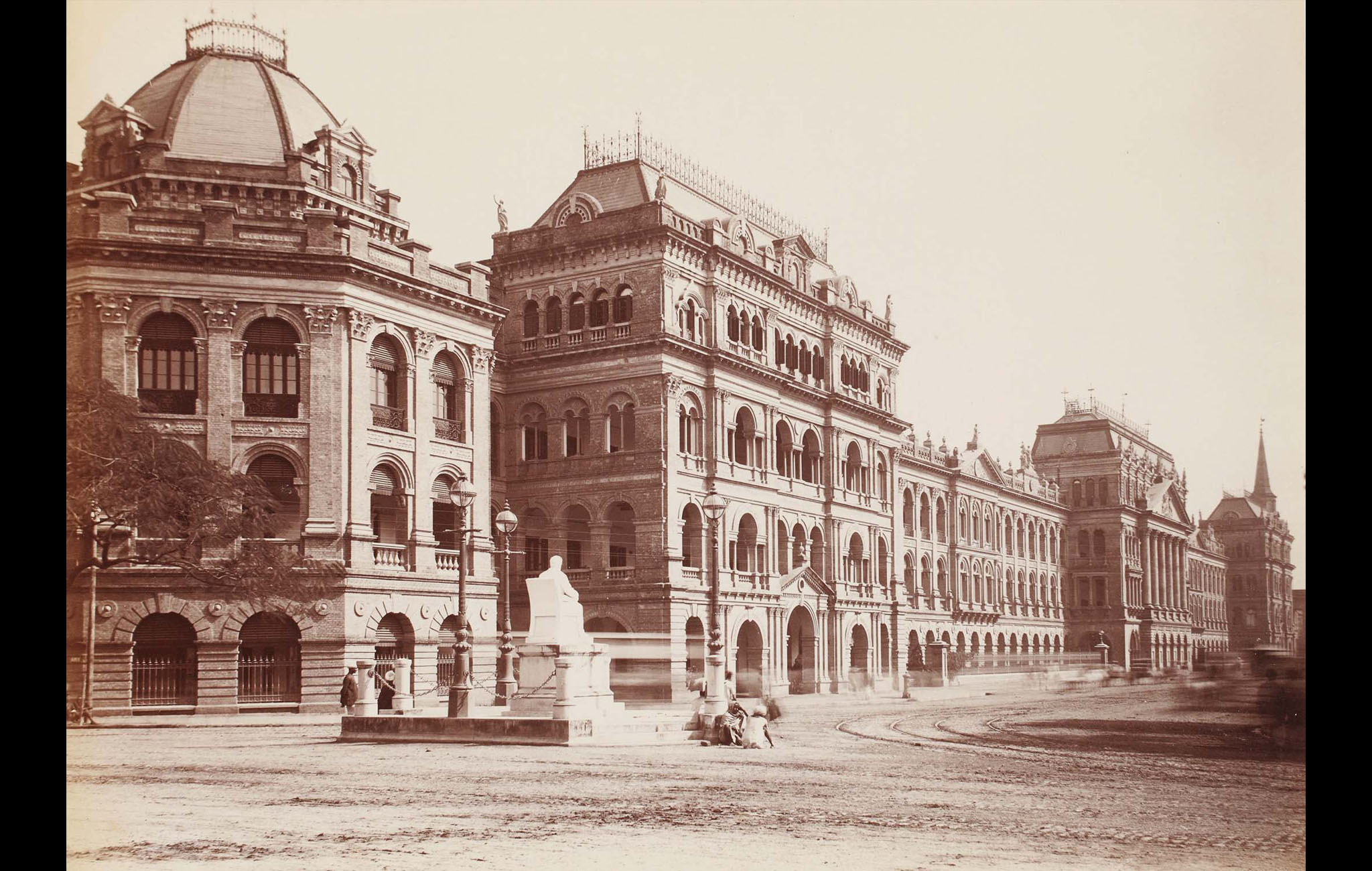 This picture shows Kolkata’s Writers’ building facing the northern side of the square tank known as Lal Dighi.

Victory in the June 1757 battle of Plassey opened up a vast majority of Northern India to the British and contributed to the emergence of Calcutta as the Imperial Capital. Fort William, in ruins, had to be mostly re-built and this saw the introduction of military-style architecture to public buildings in urban settings.

The construction plan promoted the recruitment of teams of professional staff. It was in this time that Thomas Lyon first arrived in Calcutta in 1763, and in 1780 designed the Writers’ building along with Engineer Fortnom.

The Writers’ building has a deep-rooted history as an indispensable centre of administration since its establishment. Early in its history, it functioned as a hostel and training facility for East India Company (EIC) clerks (writers). Later it served as the Bengal State Secretariat when Calcutta became the capital of British India. Today, it houses the State Government of West Bengal.

The building structure also underwent improvement over the years; it evolved from being a barracks-style edifice in the early days of the EIC to a flamboyant and impressive French Renaissance-style building during the British Raj in the 1880s.

One of the startling incidents that unfolded in this building as a result of the Indian Independence movement was the assassination of Lt Col NS Simpson, Inspector General of Prisons. On December 8, 1930, three young revolutionaries, Benoy Basu, Badal Gupta and Dinesh Gupta, entered the Writers’ building under the  pretext of interviewing Col. Simpson and shot him dead. Today the area around the building is known as BBD Baug, in memory of these three revolutionaries.