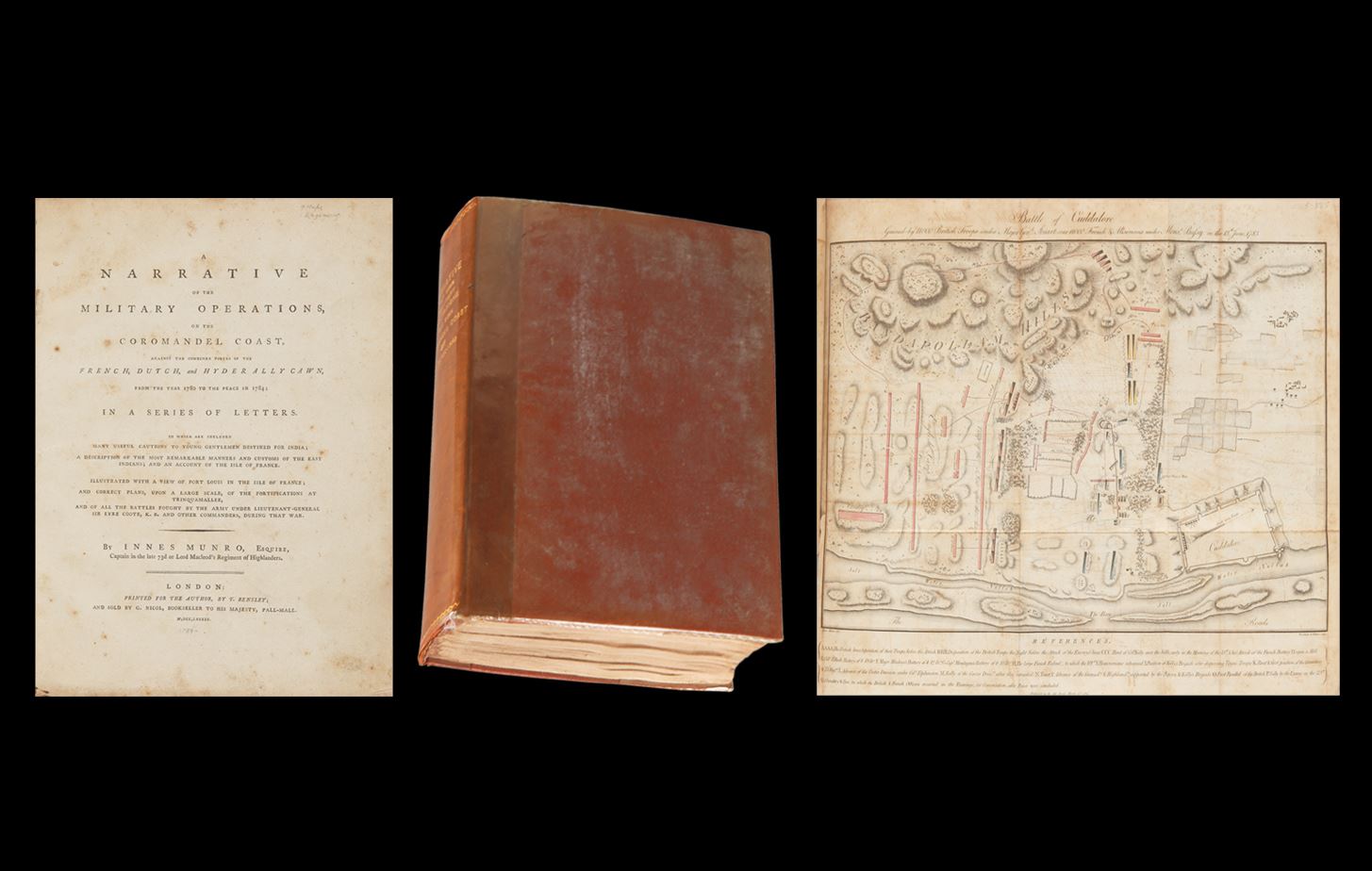 This rare book from late 18th century offers a look at the different kingdoms that were part of the highly strategic and viciously fought Anglo-Mysore wars. It includes 18 letters from 1779 to 1784 covering the British Army’s operations in India, as well as several illustrations of the Isle of France, and charts. Maps include those of the Battle of Porto Nova, the Battle of Arne, camps, the Battle of Cuddalore, among others.

The Anglo-Mysore Wars took place in southern India, along the Coromandel Coast. The coast was of high value because of the advantageous position of the port of Arikamedu, which had been used for trade since Roman times. Innes Munro, the author of the book, was a Captain in the late 73rd or Lord MacLeods Regiment of Highlanders.

A Narrative of the Military Operations on the Coromandel Coast Against the Combined Forces of the French, Dutch and Haider Ali