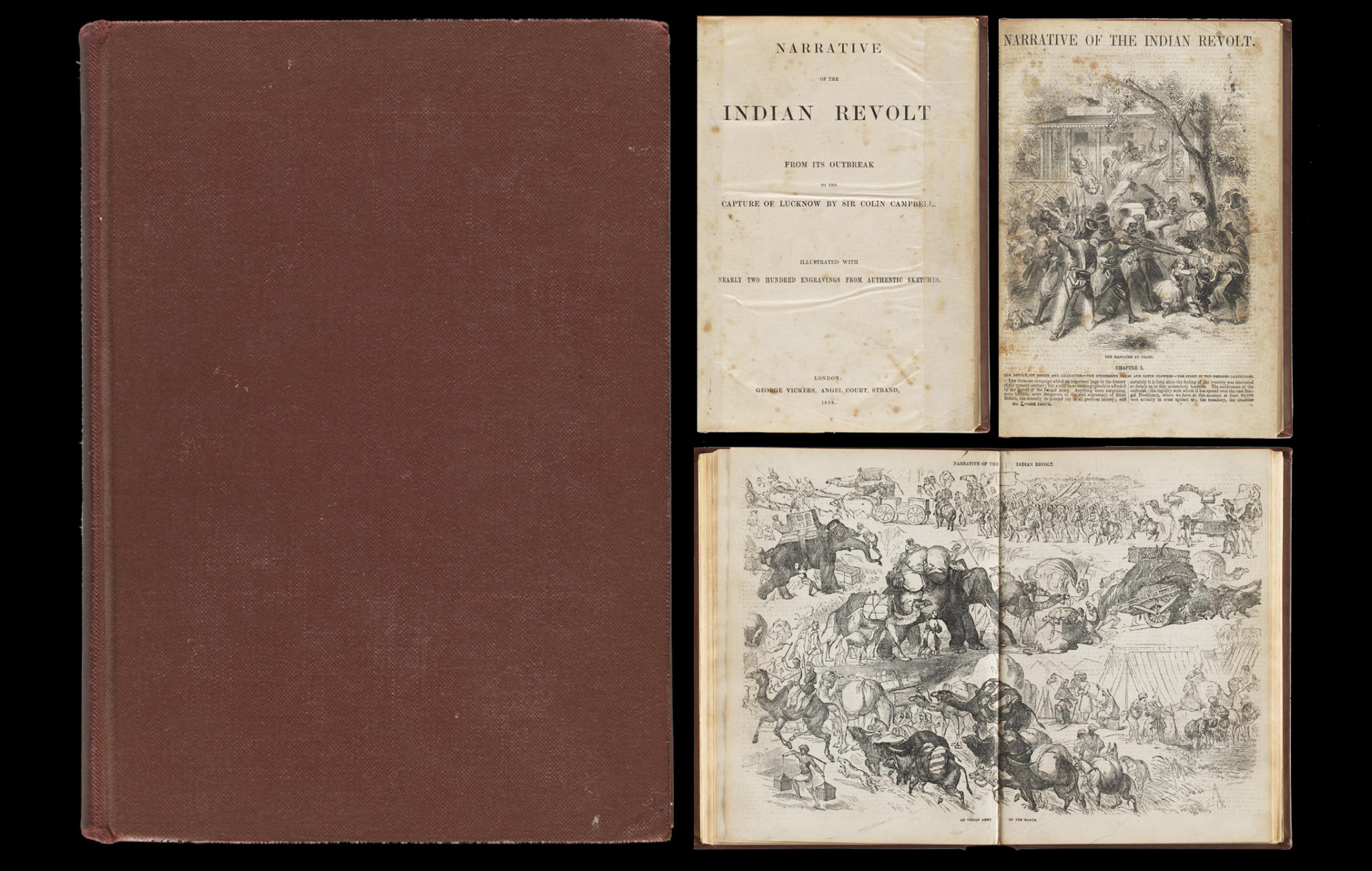 The Revolt of 1857 was a large-scale display of active resistance against the British East India Company. It was the first time British dominance on the Indian subcontinent was so evidently called into question.

The book illustrates and describes the uprising, narrated by Colin Cambell, Commander-in-Chief in India (1846-1853), mostly based on official letters, dispatches and eye-witness accounts. Even though the Uprising of 1857 did not lead to any victories for Indians, it provided a harsh confrontation for British and other foreign officials stationed in the subcontinent. To the British, it was clearly indicative of the need to revere and maintain their hold on the colony.

According to Campbell, the British never intended to jeopardise Indians’ religious values, and that “there seems to be little doubt that offence has been given in terms of caste to the [Indian] troops.” The narrative in Campbell’s book is evidently pro-British, and fails to take into account the Indian people’s point of view.

To read more about books narrating the Revolt of 1857, click here.

Narrative of the Indian Revolt; From its outbreak to the capture of Lucknow by Sir Colin Campbell