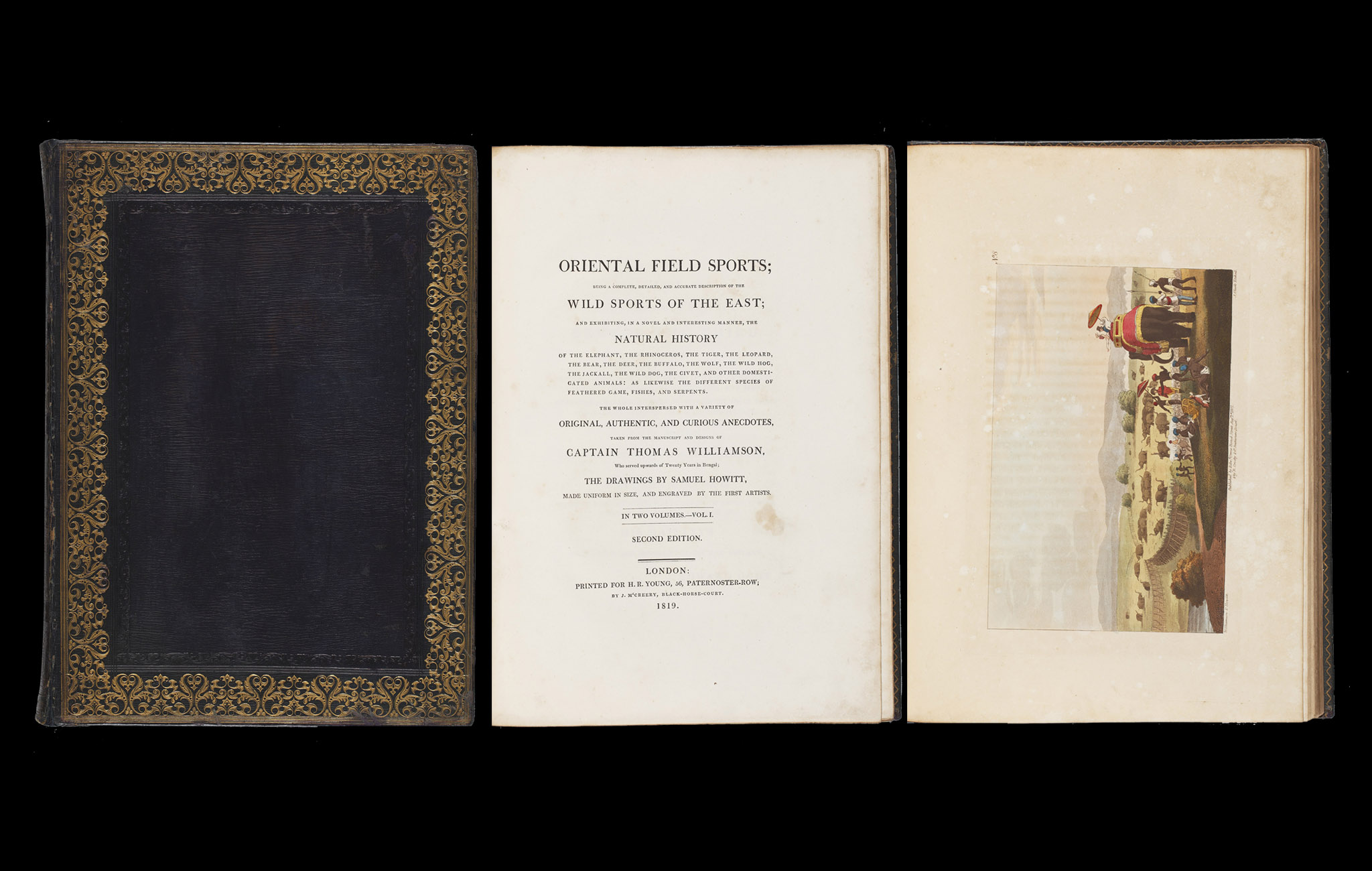 “Oriental Field Sports being a complete, detailed, and accurate VISUAL DESCRIPTION of the wild sports of the East and exhibiting, in a novel and interesting manner, the natural history of the elephant, the rhinoceros, the tiger … and other undomesticated animal…“, as the long title suggests, is a rare book accounting detailed descriptions of the wild games of India.

As early as the 16th century, wildlife in the Indian Subcontinent has had to conflict constantly with the man. In scrupulously documented accounts, materialized in finely drawn paintings, sketches and photographs, we see how the hunting and capturing of pristine wildlife became synonymous to a hobby or a sport amongst the Royalty. Subsequently, inspired by the Mughals and other Royals, the big-game hunting was an everyday pastime activity with the British Imperial power in the Indian Subcontinent.

This book combines colourful illustrations with a series of anecdotes by Captain Thomas Williamson, a British regiment in Bengal at the time. This two-volume series is the second edition, written by Captain Thomas Williamson in collaboration with Samuel Howitt. Williamson served in the British regiment in Bengal for two decades and considered himself an avid sportsman. While in the wild, he indulged in sketching the natural surroundings.

These sketches, as well as his knowledge of sports and wildlife, came to the attention of the prestigious British Orme family. Edward Orme (1775-1848), who himself a British engraver, painter, and publisher of illustrated books, spear-headed the publication. He engaged the painter Samuel Howitt (1756-1822) to develop 40 watercolour paintings based on Williamson’s illustrations. The resulting coloured pictures showcase the vibrant Indian landscape and its abundant fauna. Originally published in 20 parts between 1805 and 1807, the book explores the manners, customs, scenery, and costume of a territory apart from sports.