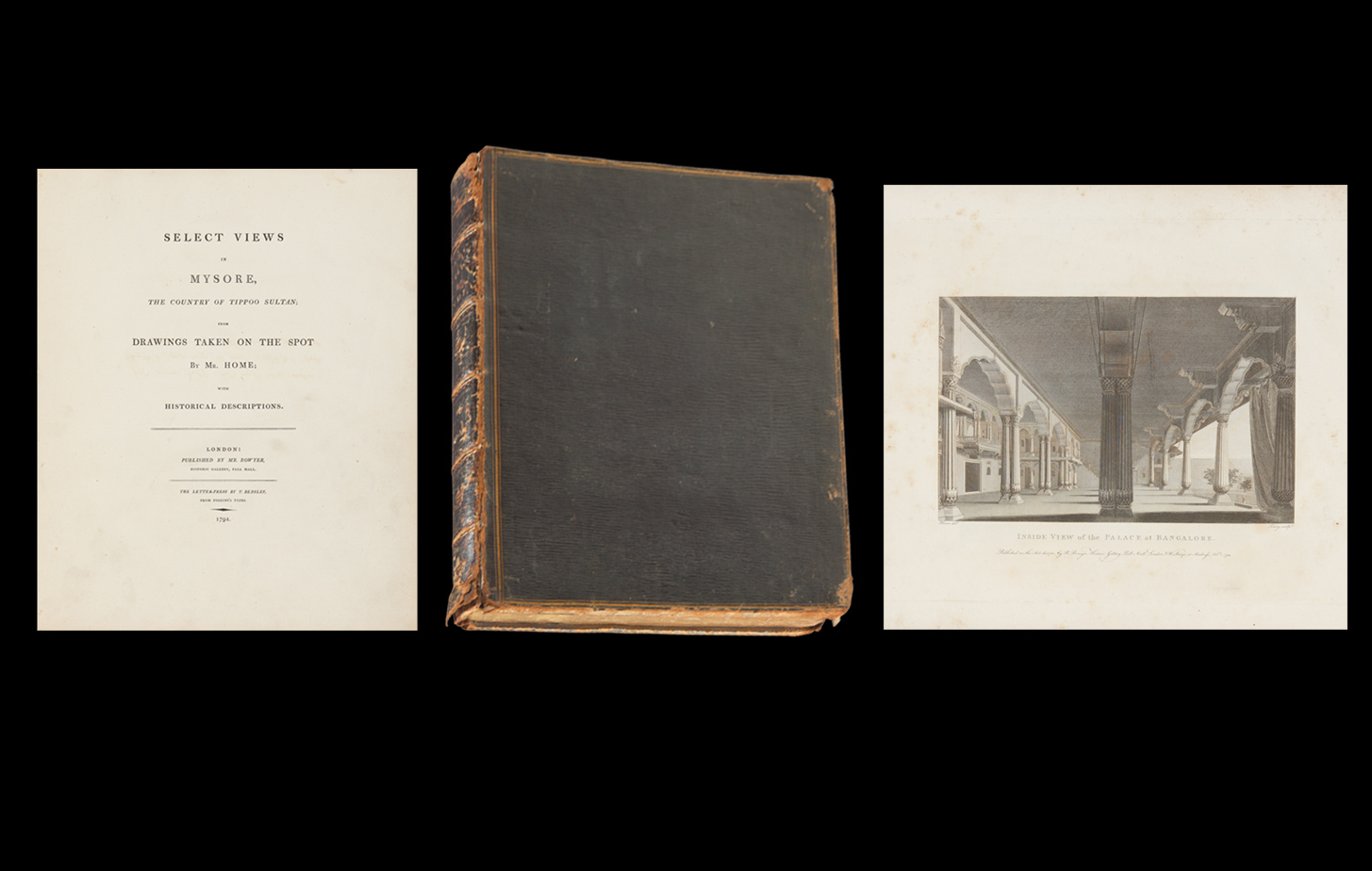 This volume is a historical account of the British officers and soldiers who fought against Tipu Sultan and compelled him to relinquish half his dimensions. The engravings published in the book focus on the battle grounds where the forces of Mysore defended against the British. Robert Home, a portrait artist and water colourist from London arrived in India during the Third Anglo-Mysore War (1789-92) with a commission from his publisher, Mr. Bowyer, to record the scenes of the action. Between 1791 and 1792, Home followed the English army and completed this work which is dedicated to the victorious commander in chief of the British forces in India, Marquess Cornwallis (1738-1805).